Moving toward ‘A very bright future’ 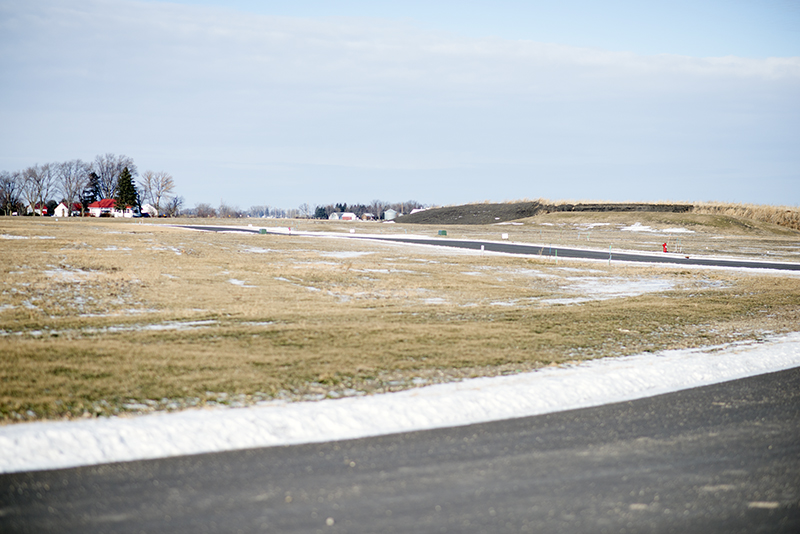 There are a total of eight lots available at the new Wells business park. One of the lots has been sold and will be occupied in April. Tyler Julson/Albert Lea Tribune

WELLS — The city of Wells recently completed a business park addition on the northwest edge of town on the north side of highway 22. The park is complete with eight different lots available for purchase.

“The business park was just finished this last fall,” said Wells City Administrator C.J. Holl. “We do have one pending sale for a lot this spring, so we’ll have our first tenant there hopefully this spring. As I’ve seen working in other communities, development begets development. When one thing happens, people see and think ‘Oh I should be out there, too.’” 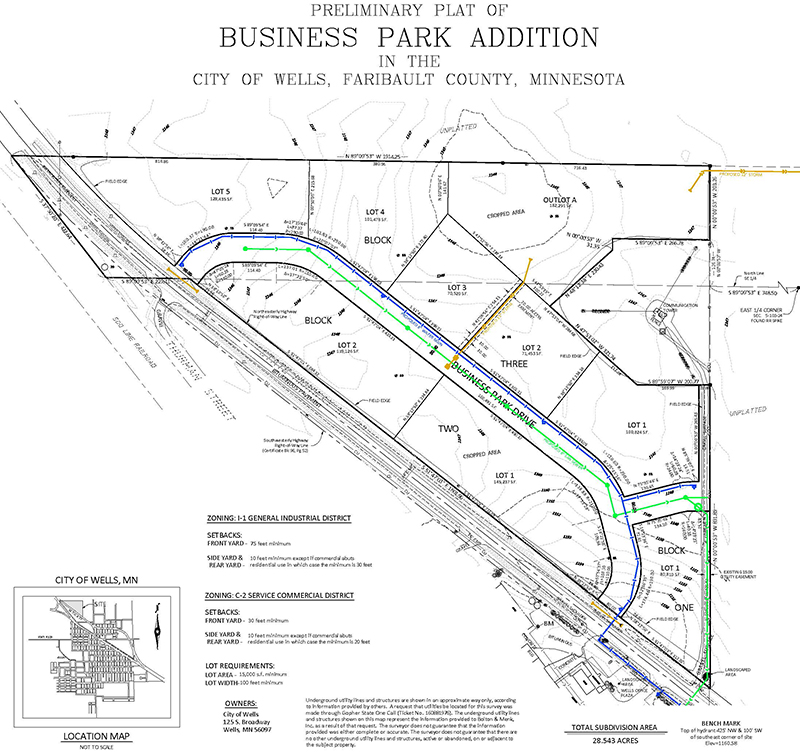 The official plat of the new business park in Wells. Provided

On top of the recent park completion, citizens and businesses completed a market area profile to gauge the community’s needs and if the town could support them.

Two hundred seventy-eight consumers and 44 businesses completed the survey, bringing back results that included consumer suggestions, business owner insights, some of the challenges facing current businesses and ways to improve the town as a shopping destination.

Generally, survey takers said there is a strong sense of supporting local businesses, but due to lack of choices or specific services, many are forced to turn to big box stores in the larger surrounding cities. Eighty-five to 92 percent of those surveyed said they shop in Mankato or Albert Lea at least once per week, as well as 30 percent saying they shop in Blue Earth once per month.

Some of the most suggested items consumers mentioned in the profile included additional restaurant choices, clothing/apparel stores and an auto parts store.

According to business owners, nearly 60 percent of their sales comes from local customers, but they also saw needs for additional businesses in town. Additional restaurants, day cares and a hotel were the most mentioned aspects of that part of the survey.

Some of the biggest challenges faced by the owners were recruiting and retaining employees, the skill of beginning workers and out of town competition. The two biggest ways to improve Wells as a shopping destination were to bring up the number of goods and services available and to improve the aesthetics of the downtown and shopping areas. 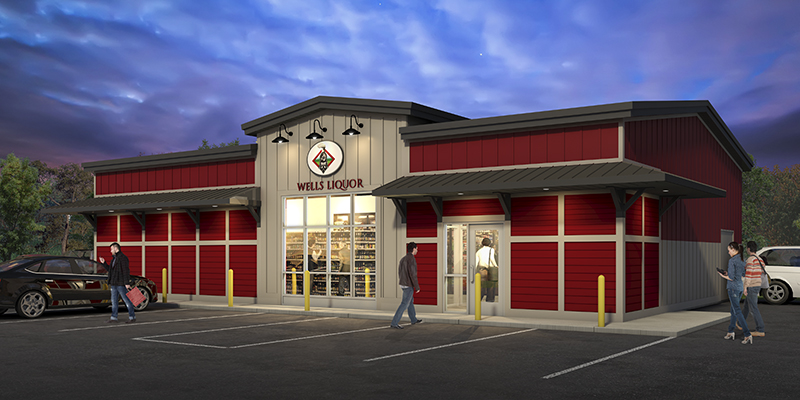 A rendering of one of the proposed business ideas for Wells over the next year. Provided

“When I first moved here with the family this summer, my sense of Wells and the area, was that they really wanted to move forward and get some things done and that’s been my experience so far,” Holl said. “Everything isn’t going to happen all at once — it’s going to take some time. We have to work on things in a planful way, but when we can get things pointed in a right direction, we can get things done.

“Wells has a very bright future. We’ve got a couple of stalwart businesses here in town that are a good base to build on, and we’re ready to get some things done.”