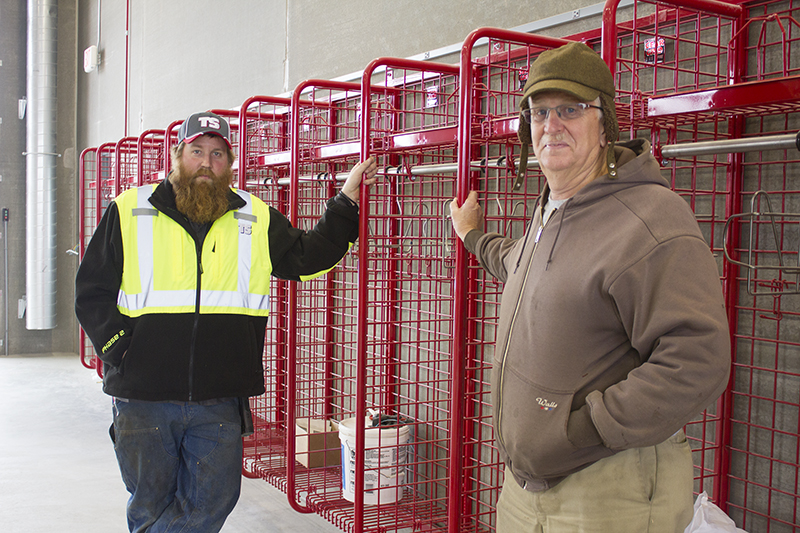 Less than two years ago, Carl Anderson and Steven Thisius were in the former Clarks Grove fire station during a tornado that destroyed the facility and damaged other parts of town. Today, the two men look forward to a new station more than double the size of the former building. — Sam Wilmes/Albert Lea Tribune

“It blew out all of the overhead doors, so the guys had to put chains around the doors and pull them away from the building with their pickups so we could get the trucks,” Anderson said. “Because we knew we had to go through the community to make sure everybody was safe and evaluate exactly what happened.”

The tornado destroyed the fire station and damaged other places in the community, including the Thompson Sanitation facility, hardware store, CFS building and other places.

Anderson said he was “impressed” with how well construction has gone, particularly “the workmanship and how all the subcontractors are working with the main contractors.”

The project architect is Mankato-based Brunton Architects, and the contractor is Blue Earth-based Ankeny Builders. 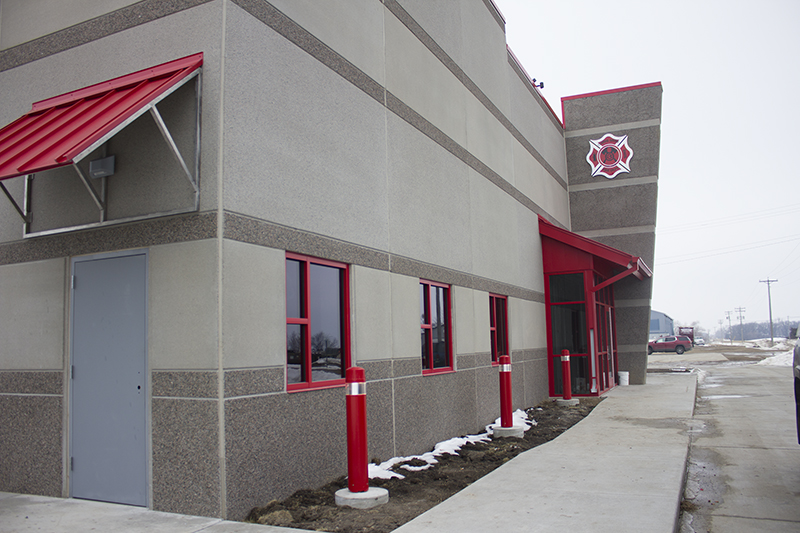 The building committee of approximately 10 fire department members and city officials planned the layout of the building.

Construction began Aug. 1 and was expected to be complete Dec. 31, with estimated move-in a couple weeks later.

The $1.6 million facility is estimated to be double the size of the old fire station and hold five trucks. The department has four trucks.

Thisius described his excitement for the facility.

“Excited — extremely excited,” he said. “Been told that this is kind of the lowest possible cost for this style of building, so it’s kind of nice to know that this might be a frontage for more volunteer departments to be able to afford something like this.”

The building will have wider, taller doors than the former fire department building.

Thisius said having more space will enable more training room. The department typically trains on the use of trucks, equipment, ladders, hoses, search and rescue and for EMTs and first responders. 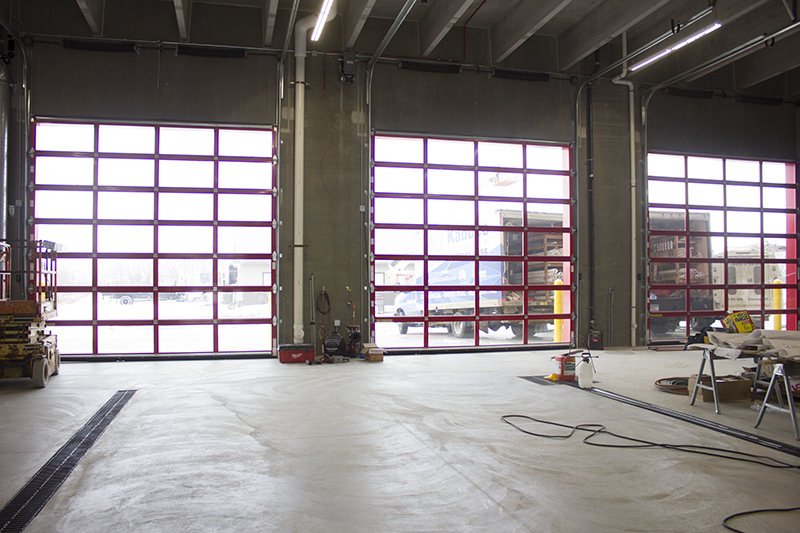 “It will be a quicker response.”

The Clarks Grove Fire Department serves an approximately 30-square-mile radius in the Clarks Grove area and provides mutual aid for the 15 other fire departments in Freeborn County.

“I can’t wait to get in here,” Thisius said. “I think it would make every volunteer fireman proud to be a member of the Clarks Grove volunteer fire department.”

100 – Calls the Clark Grove Fire Department responds to each year