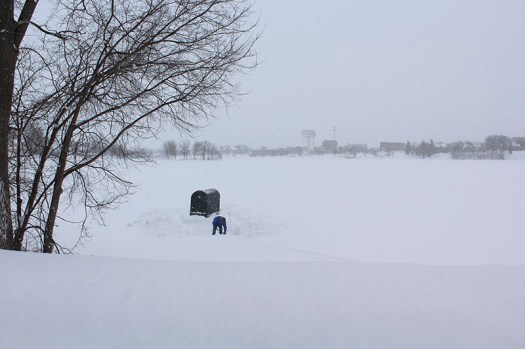 A man digs out some snow around his icehouse Monday morning on Fountain Lake. - Crystal Miller/Albert Lea Tribune 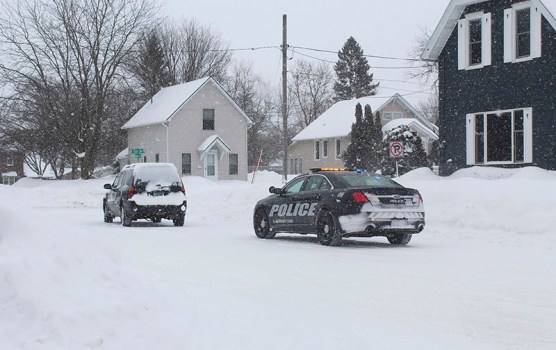 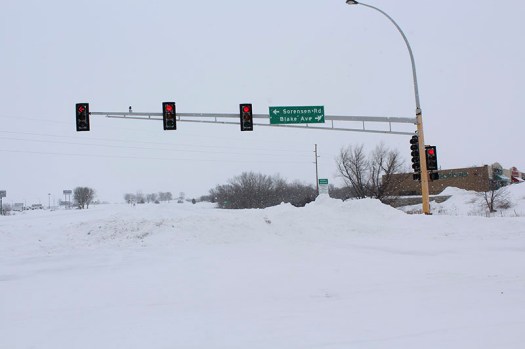 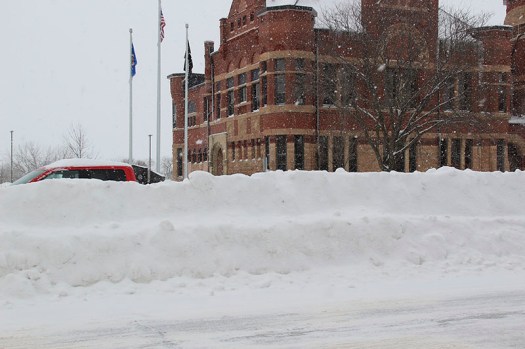 Only the roof of a pickup was visible behind a pile of snow in the center of Broadway in front of the Freeborn County Courthouse Monday morning. - Sarah Stultz/Albert Lea Tribune 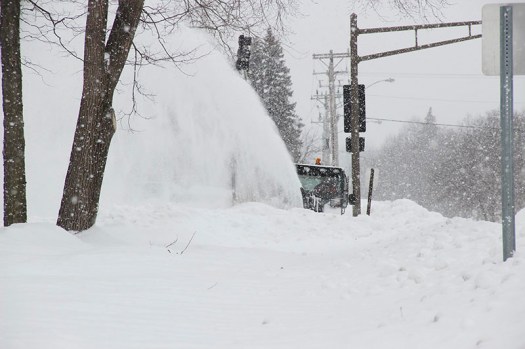 Many plows could be seen out across Albert Lea Monday morning as the area continues to dig out from the weekend blizzard. - Sarah Stultz/Albert Lea Tribune 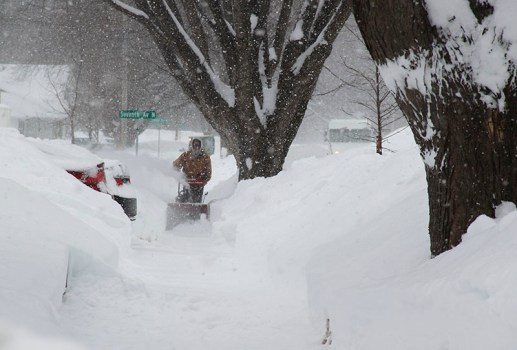 A man snowblows a sidewalk on Fountain Street near Seventh Street Monday morning in Albert Lea after a winter snowstorm dumped 11 1/2 inches on the city. - Sarah Stultz/Albert Lea Tribune 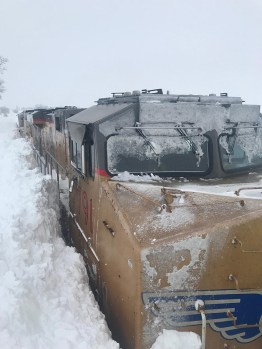 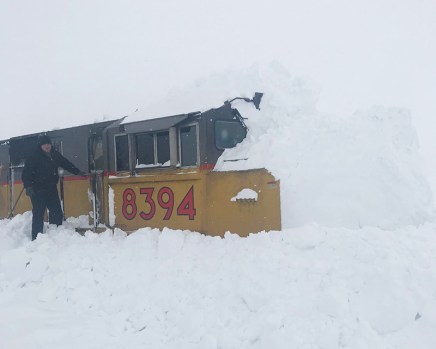 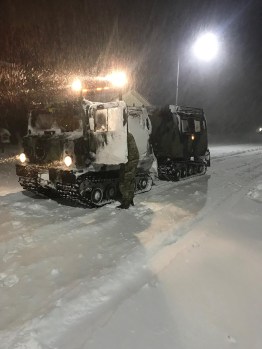 Albert Lea area residents on Monday continued digging out from the weekend blizzard that dropped almost a foot of fresh snow.

In addition to closing numerous roads, the storm led to the closure of all area schools and many businesses, including Northbridge Mall.

“Nobody remembers anything like this,” Freeborn County Emergency Management Director Rich Hall said of the impact of the storm.

He said the biggest problems for the snowplow drivers have been the large drifts and vehicles stuck in the snow.

As of Monday morning, about 46 stranded motorists remained at the emergency shelter set up at the Albert Lea National Guard Armory, which was down from more than 70 people at the height of the storm.

In addition to providing food, water and basic necessities at the emergency shelter, volunteers and county staff have worked with the hospital to make sure the people who were stranded had their medications available when needed.

He said the shelter would not have been possible without volunteers from the Albert Lea Salvation Army, county public health workers and the chaplain from the Sheriff’s Office, who Hall said have helped make everything run as smoothly as possible. The American Red Cross has paid for some of the meals for the people stranded.

Tyrone Rucker of Mankato said he was grateful for the staff and volunteers who have helped him the last few days.

Rucker said he was on the road for his job through MedSpeed Saturday evening, had left St. Marys Hospital in Rochester a little delayed and ended up about 5 miles away from Albert Lea when he encountered whiteout conditions and ended up driving off the interstate at about 10 p.m.

National Guard members rescued him and another woman behind him, and he said he had been at the armory since about 11:30 p.m. Saturday.

“At the end of the day, you’re under a secure roof,” Rucker said, noting that he and the others at the shelter have had everything they’ve needed.

Siying Huang of Ames, Iowa, said she and three others had been in the Twin Cities on Saturday and were on their way back when it began snowing. She said at first it was just snow, and so they just decided to drive a little slower.

They stopped at a gas station for a while and thought things would be fine so they got back on the interstate. But then the wind picked up, Huang said, and they couldn’t see anything. She said they called the police, and ultimately the police and another vehicle that came to help both got stuck, as well.

While she was eager to get home, she said everyone at the shelter had been taking good care of her and the others she was there with.