Steven C. Malepsy, 62, of Backus, formerly of Litchfield, died unexpectedly Friday, Feb. 1, 2019, at St. Cloud Hospital. A funeral service will be at 2 p.m. Friday at Zion Lutheran Church in Litchfield. Visitation will be from 4 to 7 p.m. Thursday at Johnson-Hagglund Funeral and Cremation Service in Litchfield.  Visitation will also be one hour prior to the service at church Friday. Interment will be in Ripley Cemetery in Litchfield. 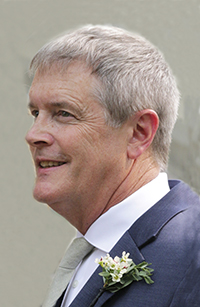 Steven Casey Malepsy, the son of Stanley and Pauline (Wayne) Malepsy, was born Dec. 1, 1956, in Albert Lea. He graduated from Albert Lea High School in 1975 and continued his education at Bemidji State University.

He married his high school sweetheart, Lois Rust, on Dec. 15, 1979, at Oakland Lutheran Church. Steve and Lois were blessed with three sons: Jon Michael, David Casey and Brian Mitchell. They spent most of their married time in Litchfield, raising their family before moving to Backus to live their dream on a lake in northern Minnesota.

Steve was a member of Zion Lutheran Church. He loved nature — hunting and fishing were lifelong passions he shared with his sons. Nothing was more important than spending time with his family and his dog, Casey.  He was an avid sports fan and loved watching his sons wrestle and play ball. He enjoyed traveling with Lois, good food and a cold IPA beer, cooking on his wood pellet grill, music and putzing in his yard and garage.  He will live forever in his family’s hearts.

He was preceded in death by his parents Stanley and Pauline.