Their night to shine 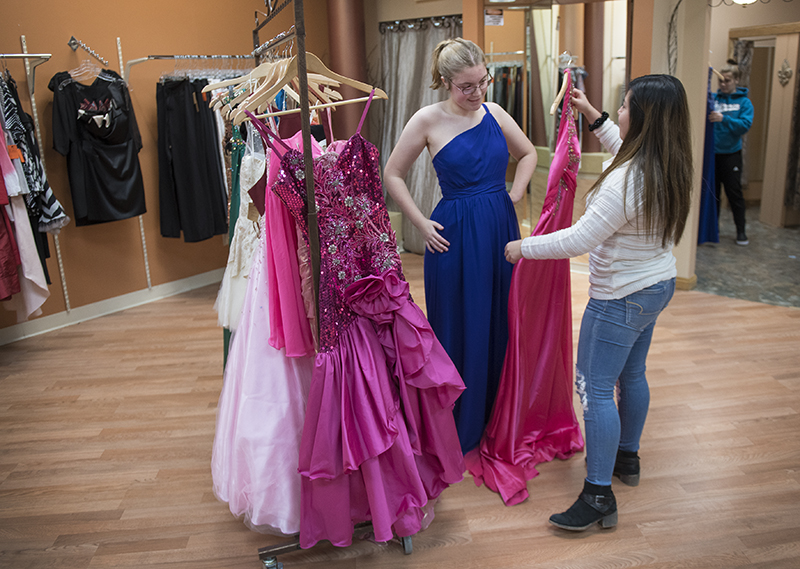 Anna Grossklaus, left, looks at dresses last month with a friend while shopping for her Night to Shine gown. - Colleen Harrison/Albert Lea Tribune

Anna Grossklaus has found a winner.

After trying on seven dresses — a purple v-neck with rhinestones, a mermaid-style gown with a strappy back and a sequined cheetah dress with a black, ruched skirt, among others — she settled on a full-length A-line in a soft, rich purple and a one-shoulder strap.

“The purple one is very pretty,” she said.

It’s the dress Grossklaus, 16, will wear to Night to Shine on Friday at First Lutheran Church in Albert Lea. It’s her third year at the dance — coordinated nationally by the Tim Tebow Foundation as a prom of sorts specifically designed to celebrate students with special needs — and she’s going back to see her friends with special needs.

Last year, she enjoyed dancing with a classmate at Albert Lea High School.

But she didn’t just dance. She slow-danced, her mother, Tammy Grossklaus, said. With a boy. For most of the night.

“She just felt so good about herself,” she said.

But it took a minute.

“It was really hard to get her there the first year,” Tammy Grossklaus said. But after that, “I think she feels like everybody else.”

That Anna Grossklaus went — and keeps going back — is “like my dream come true,” her mother said.

Anna Grossklaus said she wants her hair done up in a bun on top of her head. Fellow high school students can do that for her beginning at 4 p.m. in what local Night to Shine organizer Becky Rognes calls “the glam room,” where the female Night to Shine participants can go ahead of the dance to have their hair and makeup done. Boys have “the game room,” where they can learn how to tie their ties in new ways and have their shoes shined.

This year, ninth-graders Kaden Oakley and Doug Clark will be in that room for the first time (and, if Oakley has his way, he’ll be in a green tie).

“They had a lot of peer encouragement (to go),” said Lisa Clark, Doug’s mother. The two also attended Rock the Night, a fall mixer and less formal version of Night to Shine.

Oakley is looking forward to seeing his friends at the dance.

That, Doug Clark said, and dancing to Michael Jackson’s “Thriller.”

Jessica Lundberg, Oakley’s mother, said she never thought her son would be able to go to a prom.

The social aspect and self expression can be difficult, the moms said. 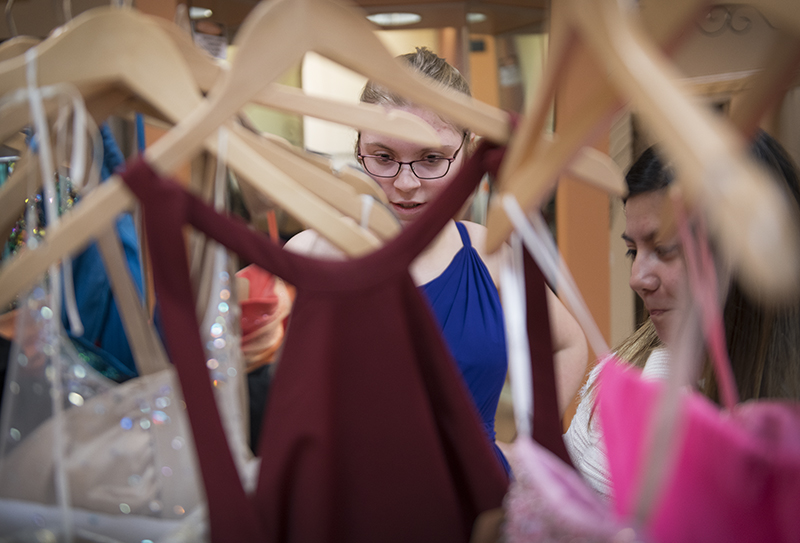 Anna Grossklaus has attended Albert Lea’s Night to Shine each year of its existence, and will be there Friday for the third annual event. – Colleen Harrison/Albert Lea Tribune

“To see them both just be so excited about this is wonderful,” Lundberg said of her son and his friend.

Gains in comfortability in social situations is also a big part of going to this dance for Anna Grossklaus, Tammy Grossklaus said.

“It’s hard for people to understand, some kids with autism, how utterly shy they are and they miss out on so much,” she said.

She has seen in her daughter the difference past dances have made in her confidence, and how that confidence has lasted longer than the duration of the dance.

“I’ve noticed from that first experience a difference with her,” Tammy Grossklaus said.

For Doug Clark, the dance shows more than growth in social comfort. It’s physical, too. Up until a few years ago, Lisa Clark said, he wouldn’t tolerate the feel of button-down shirts against his skin. It was a texture thing. He’d rip the shirts off, his mother said.

“He hated to dress up, and now he looks forward to it,” she said.

At 6 p.m., Rognes said they will start putting on corsages and boutineers and pairing each student up with an escort. At 6:30 p.m., students will walk the red carpet. From then on, students can dance, snack, sing karaoke or play games around the perimeter of the room. Each student will also be crowned a king or queen at 7:30 p.m.

A good response from past dances means the event will look similar to returning dancers, Rognes said.

“They’ve had such a good time the past couple years, so we didn’t want to mess with it,” Rognes said.

As the event continues, it also continues to grow at a steady rate. Rognes said the dance has guests coming from all directions and surrounding communities, including Rochester, Wells and Lake Mills.

“We’re just excited to do it again, and that the community has gotten so involved,” Rognes said.

Meanwhile, Doug Clark is excited to get his groove on.

“I’m going to be a party animal,” Doug Clark said.

To register for Night to Shine, visit www.flcal.org and click on the Night to Shine banner. Families with questions can call Becky Rognes at 507-383-4062. 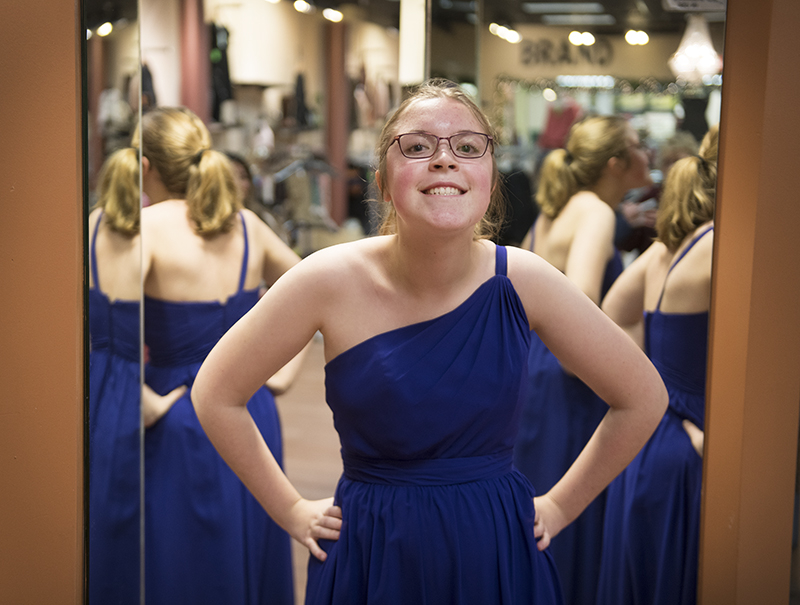