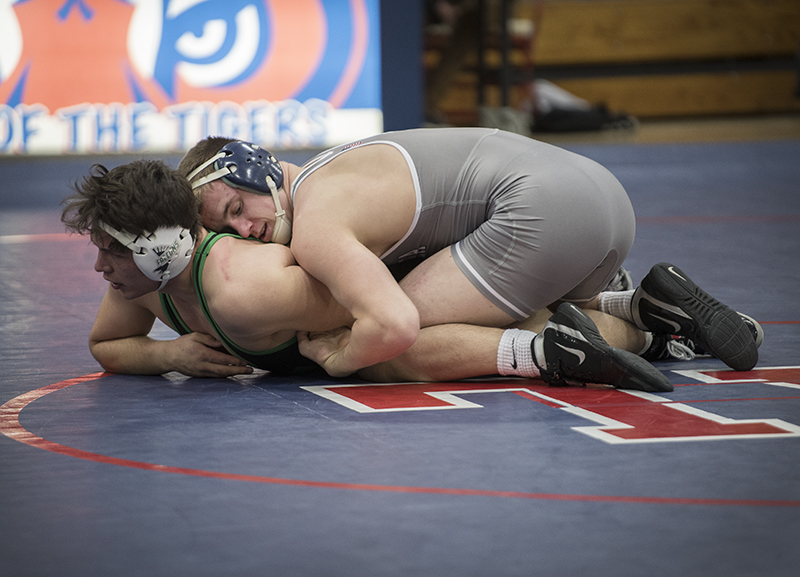 The one-day delay had no effect on the Albert Lea wrestling team Friday night as it dominated Faribault in the opening round of the Section 1AAA dual tournament.

The Tigers dropped just five matches on the night and picked up bonus-point wins in eight of their nine victories to trounce the Falcons, 48-18.

Senior Caleb Miller got the dual started on a positive note for Albert Lea, notching a fall at 106 pounds with just seconds left on the clock in the first period. Sophomore Joey Flores dropped his match at 113 pounds in a closely contested 4-2 decision.

Senior Nic Cantu then kicked off a six-match win streak for the Tigers, picking up a pinfall in just 48 seconds. Eighth-grader Cole Glazier came out on top of a 16-8 major decision, followed by a second-period fall by freshman Cam Davis. 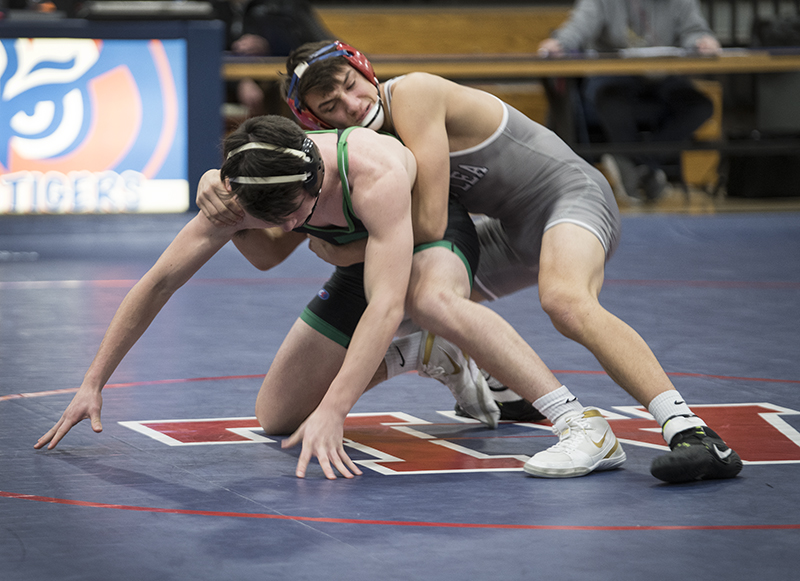 Eighth-grader Derrick McMillian continued the pin steak with one of his own at 138 pounds and sophomore Caleb Talamantes performed a come-from-behind 13-10 victory after trailing late in the third period. Junior Ethan Jerdee won via a forfeit at 152 pounds. The streak put Albert Lea on top of Faribault 37-3 with only six classes remaining.

Sophomores Griffin Studier and Josiah Hedensten and senior Connor Barney each lost their matchups in decisions. Studier fell 9-5 at 160 pounds, Hedensten 6-3 at 170 pounds and Barney 7-0 at 182 pounds. Despite the losses, the damage was minimized thanks to no bonus points being awarded to decisions. The Tigers clinched the dual after Studier’s four-point loss.

Senior Zach Glazier put the Tigers back on the winning track with a crushing 22-7 technical fall at 195 pounds. Senior Brady Nielsen picked up a forfeit win at 220 pounds and senior Elmer Diaz-Noriega closed out the night losing by pinfall in the first round at 285 pounds.

The Tigers survive and advance to take on the Northfield Raiders at 11 a.m. Saturday at Mayo Civic Center in Rochester.