Tigers outshoot the Scarlets; look ahead to busy week of makeup games 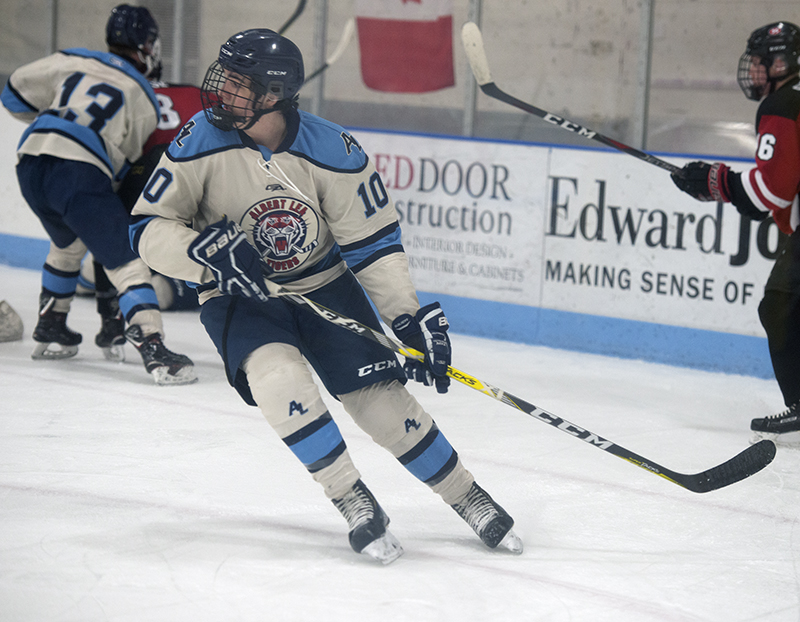 Albert Lea junior Owen Zelenak makes his way back up the ice Friday night against Mankato West. The Tigers came out on top of the Big Nine Conference battle with the Scarlets, winning 3-1. - Tyler Julson/Albert Lea Tribune

The Albert Lea boys’ hockey team played its first in slew of makeup games that will see the team play five games in a week-long period.

The Tigers got out to a 2-0 first-period lead and never looked back, beating the Scarlets 3-1

The Tigers got the scoring started in no time at all in the first period. Sophomore Markus Dempewolf scored just 30 seconds into play, giving the Tigers a quick 1-0 lead. Junior Campbell Cichosz assisted the goal. 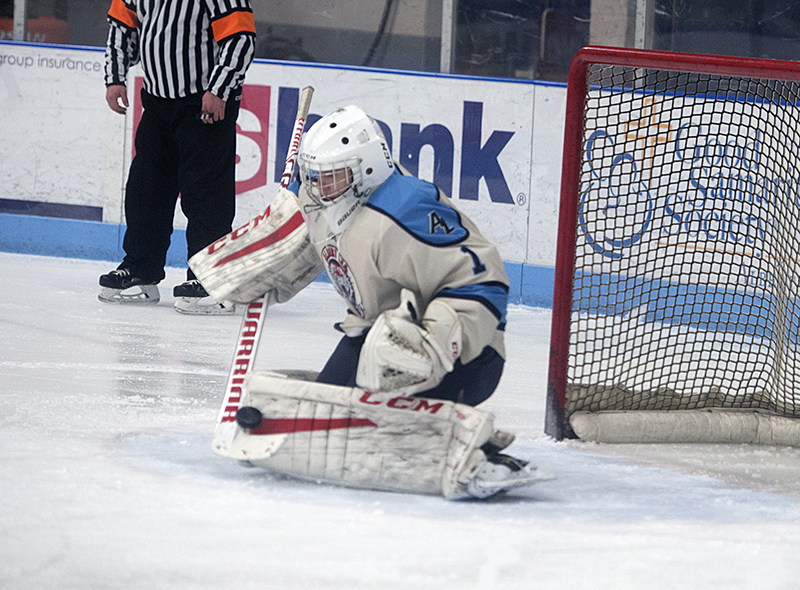 Albert Lea senior Jaxon Heilman makes a save off the knee in the first period of Friday night’s game against Mankato West. Heilman made 28 of 29 saves in the 3-1 win over the Scarlets. – Tyler Julson/Albert Lea Tribune

Despite even shots on goals from both teams at 9-9, Albert Lea went to the break up 2-0. Senior Jaxon Heilman started in the net for Albert Lea, saving all nine of Mankato West’s shots.

The second period was uneventful for both the Tigers and the Scarlets, without even a penalty being called until inside three minutes left to play. The Tigers added 10 more to their shots on goal count, but couldn’t find the back of the net on any of them. The Scarlets also added 10 attempts to their shot on goal count, however, Heilman remained perfect on the game by saving all of them.

A minute into play in the third period, senior Carson Goodell all but assured the win for Albert Lea with a goal assisted by Cichosz, his second of the night. Mankato West scored a goal with under three minutes remaining in the game, but the momentum wouldn’t come close to giving Albert Lea a scare.

Heilman saved another eight goals in the final period to bring his total to 28 for 29 on the night.

The Tigers move to 13-8 on the season and have games Saturday, Monday, Tuesday and Thursday. Saturday’s game is on the road against the 16-4 Raiders of Hastings.