Tigers prove to be too much for the Wingers 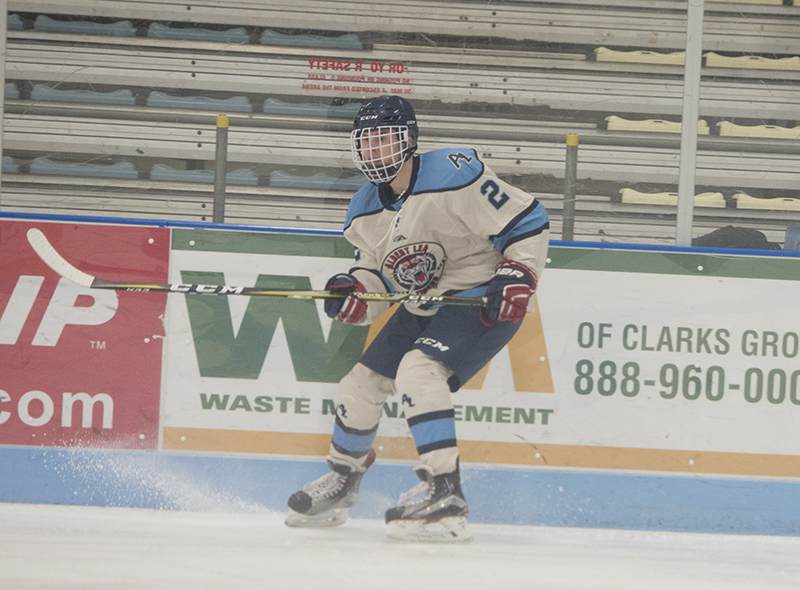 After battling to a 0-0 tie against Hastings on Saturday, the Albert Lea boys’ hockey team was hoping for a more productive game from its offense when it hosted Red Wing on Monday night.

The Tigers got out to a two-goal first-period lead, never letting the Wingers get a chance to climb back into the game to come out on top 4-1.

It didn’t take long for the Tigers to correct their offensive woes from their last game. Sophomore Blake Ulve scored the first goal of the game just over two minutes into play. Junior Campbell Cichosz and sophomore Markus Dempewolf assisted on the opening goal.

Senior captain Cole Wentzel added to the quick lead only three minutes later with a goal of his own. Wentzel found the back of the net off a Cichosz assist, his second of the game.

Both Red Wing and Albert Lea were assessed with one minor penalty in the first period, but neither could capitalize on the power play opportunity, ending the period with Albert Lea on top 2-0.

Senior Jaxon Heilman continued his tear in the net, saving all 11 shots by the Wingers in the first period. The Tigers had 15 shots of their own throughout the first. 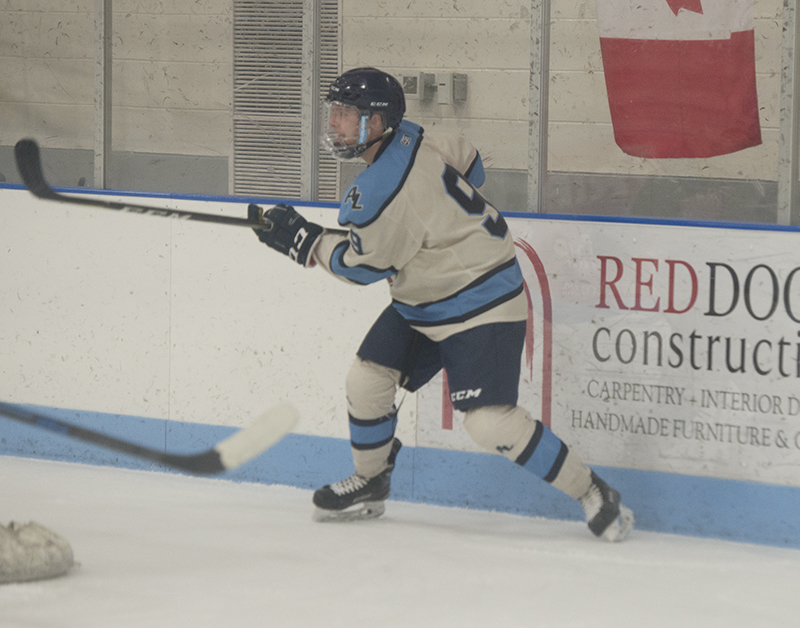 Tiger’s junior Culley Larson brings the puck out from behind the net Monday night against the Wingers. The win moves the Tigers to 14-8-1 on the season with just two games remaining before sections. – Tyler Julson/Albert Lea Tribune

Sophomore Spencer Clark was assessed a major five-minute penalty with around four minutes to play in the period. The Wingers took advantage of the opportunity and scored their first goal of the game during the power play. However, the Tigers would finish the period strong, only giving up the one goal. Heilman added another 13 shots to his saves total, ending the period at 3-1 in favor of the Tigers.

Albert Lea entered the third period still down one man for the first minute due to the major penalty. However, with a two-goal lead, the team held strong — not allowing the power play goal.

Both teams had power play opportunities in the first half of the second period, but again, neither was able to make the most of their chances.

Dempewolf scored a goal in the final three minutes of the game to make it a three-goal difference and secure the win for the Tigers. Cichosz and junior Jacob Prihoda assisted on the goal.

Heilman finished the game 33 of 34 in the net, and the Tigers scored four goals on 48 shot attempts.

The Tigers climb to 14-8-1 on the season and will face a fairly even matchup against the 14-7 Raiders of Northfield on Tuesday. They will then travel to Rochester to take on the 15-5-2 Mayo Spartans on Thursday to end the regular season.