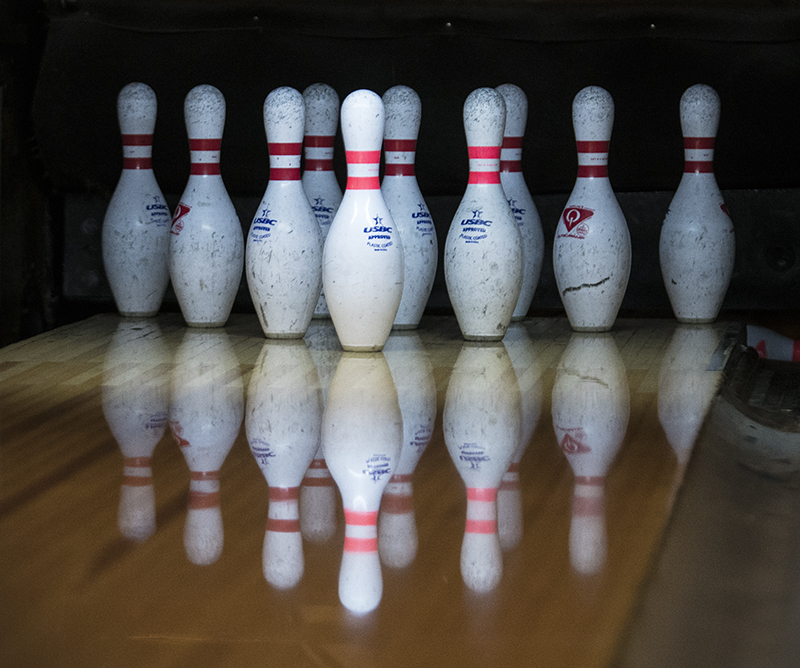 With the closing of Albert Lea's bowling alley last year, a number of Albert Lea leagues have transferred out to Trapper's Lanes in New Richland. Colleen Harrison/Albert Lea Tribune

Bowling alleys across the country are facing challenging times as the sport’s popularity has reportedly declined and bowling alleys close, including Holiday Lanes in Albert Lea last summer.

Strike Zone in Northwood and Trapper’s Lanes in New Richland are staving off the trend and providing the sport to small communities. 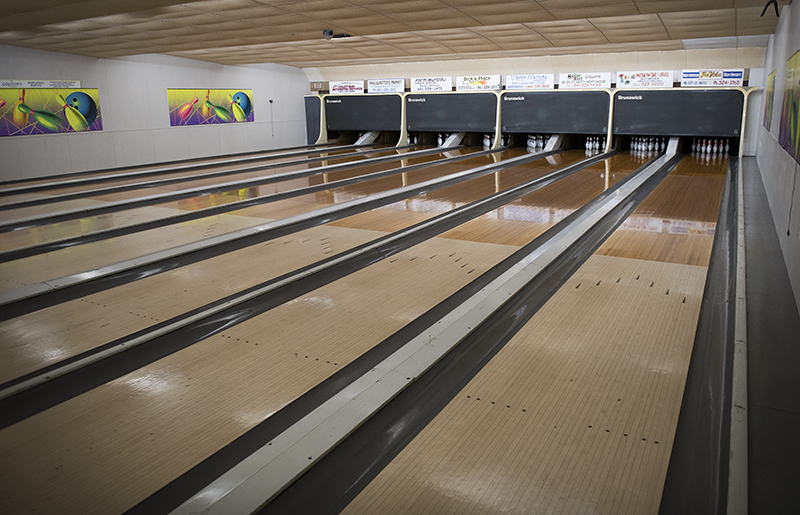 Ryan and Jeri Severson, Strike Zone owners, were expected to sell the building by the time this article came to press to a new owner who would keep the building, 1003 N. Eighth St., as a bowling alley.

“It’s a dying commodity, and now most of them are turning into entertainment centers, so we have arcade games, we have darts leagues, we have shuffleboard league tables, and we also have a full menu, so that brings in a variety,” Jeri Severson said. “I don’t think you could solely rely on bowling.”

Strike Zone is open at 4 p.m. Tuesdays through Sundays. League play takes place on Tuesdays, Thursdays, every other Saturday and every Sunday. Darts leagues take place Tuesdays, Wednesdays, Fridays and Sundays, and shuffleboard play is on Tuesdays.

Severson said bowling is “a good pastime, just like golfing.”

“You gotta have something to do other than being in front of a TV or being on your video games,” she said. “It’s just more active.”

To Severson, bowling alleys in small towns can be a rare source of entertainment. 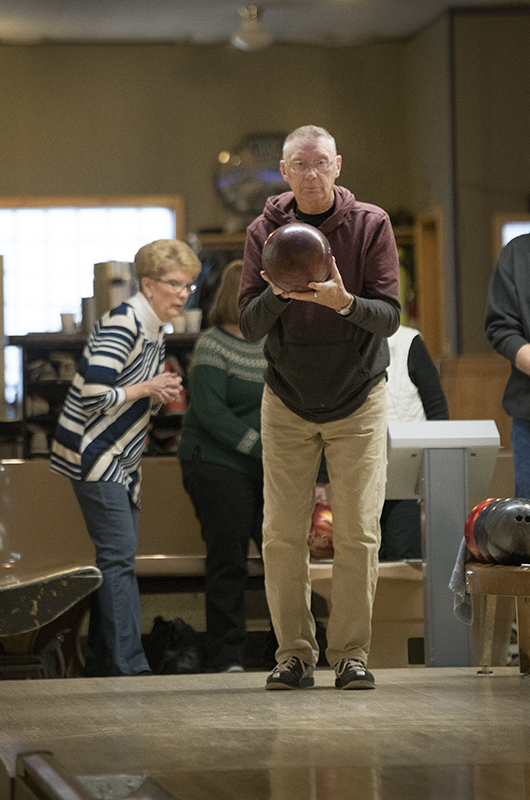 Members of an Albert Lea league met up to bowl in late December at Trapper’s Lanes in New Richland. Colleen Harrison/Albert Lea Tribune

“Just seems like in the smaller town it can run to stay alive because there’s not a lot to do in a smaller town, and so it gives something for people to do and families to do without having to drive a long ways,” she said.

Severson estimated she works about 55 hours per week between the bowling alley and Mason City-based Anytime Fitness, a center the couple also owns.

“You don’t buy something without wanting it to succeed,” she said. “So I think it’s good for the community. We do give back to the community for proms and booster club and a lot of organizations.”

The couple has owned several businesses since high school, and they have extensive local backgrounds, both graduating from Northwood-Kensett High School.

Severson spoke of the variety she sees in her position.

“I like the variety, and I like the community and the friendships that we’ve acquired,” she said. “And it’s something new every day. It’s not always simple, and it’s not always predictable, but that’s the challenge in owning businesses.”

She acknowledged it has been hard for the couple to find workers, and most who work there do so one night a week as they work different jobs or attend school.

Despite the challenges, she called it “the most rewarding” business she has owned.

“It’s a good business for Northwood,” Severson said. “And it’s a good place for family and friends just to hang out. If you’re an entrepreneur, it’s not always simple, but it’s challenging and it’s always something different.” 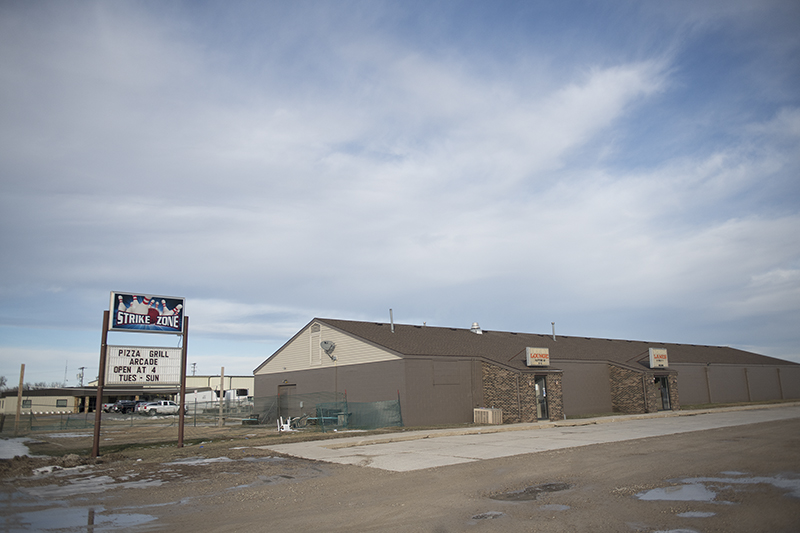 Dokken, who has operated the bowling alley since 1994, noted how much of a decrease he has seen in bowlers in less than 10 years.

“There’s no open bowling,” he said. “You can’t survive sitting here and watching maybe one or two people come in.”

Dokken attributed the decrease to the rise in video games and questioned the future of bowling in New Richland once he steps away from the business.

There are long days for Dokken in his position. He noted he sometimes invests more than 13 hours a day overseeing the bowling alley.

Dokken noted he remodeled the bowling alley after purchasing it and invested more than $100,000 in the building after one storm.

“Once in a while, I get help,” Dokken said. “But if something breaks, I’m here.”

He noted his favorite part of owning Trapper’s Lanes is the people who come in.

Dokken lives southwest of Albert Lea and initially operated the bowling alley at night while being a construction worker seven days a week.

The bowling alley is named after Dokken’s nickname, Trapper, a label he said has existed since the 1970s.

“I was a big bow-and-arrow hunter,” he said. “But I got the nickname, and then it stayed.”

He spoke of his passion for the sport and noted he believes the average age of bowlers at Trapper’s Lanes is older than 55.

Dokken noted some bowlers who used to play in Albert Lea took the year off while others now bowl in Austin or Owatonna.

“What happens in my business, you quit bowling, put the bowling ball in the closet, you might never come back,” he said.

“It’s just an in with people,” Wood said. “We don’t care what our score is. We’re not out for blood. We just go for fun.”

Engelhart noted he enjoys the sport and ate breakfast at a local restaurant before bowling.

“I wanted to come to a smaller place like this,” he said.

Jensen spoke highly of the work Dokken undertook to ensure they can bowl.

“I like the way he runs the business,” he said. “Nice person.”