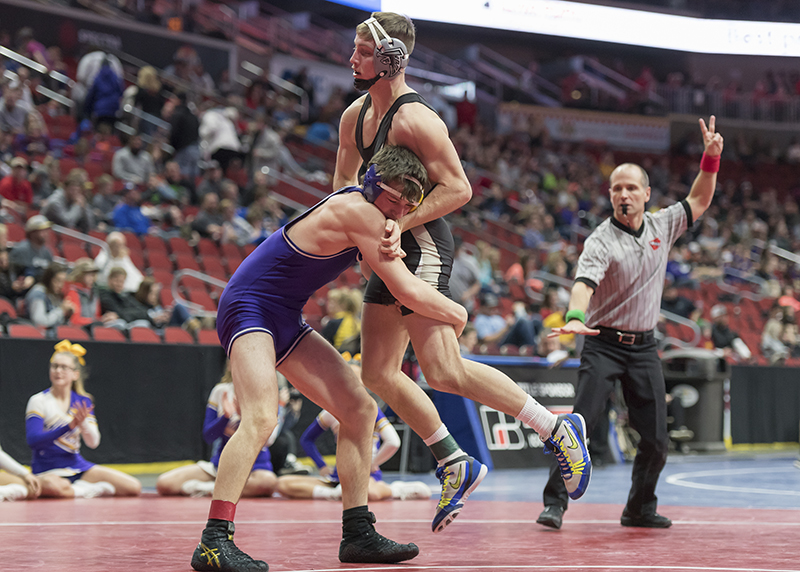 Three of the four Lake Mills wrestlers who qualified for the state wrestling tournament continued their postseasons Friday, two of them still in contention for a state title.

Quarterfinal losses from junior Tyler Helgeson and sophomore Elijah Wagner ended their hopes of a championship, but kept them alive for a possible third-place finish.

Helgeson started the day at 126 pounds, he earned his spot in the quarterfinals with a 9-1 major decision in the opening round Thursday. Helgeson held his own against No.3-ranked Cole Cassady from Martensdale-St. Mary’s, but in the end came up just short in a closely fought 10-9 decision.

He returned in the consolation bracket to dominate in a 9-0 decision, earning his way to the third-round consolations.

Helgeson fell victim to a fall in the second period of his consolation match, but will wrestle again Saturday morning for a chance at seventh place. 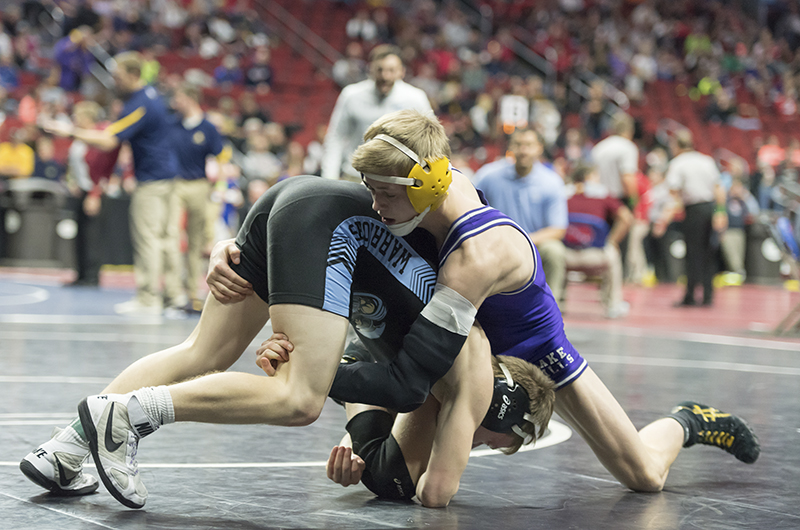 Lake Mills junior Tyler Helgeson looks for an opportunity to gain control over his opponent Friday in the consolation round of the Iowa state wrestling tournament. Helgeson won the match via a 9-0 major decision. – Lory Groe/For the Albert Lea Tribune

Senior Caiden Jones wrestled one match in the first session of the day. The 138-pounder cruised to a consolation victory with a 12-1 major decision, becoming the second Bulldog to earn their way into the third-round consolations.

Jones continued his winning ways after dropping his first match of the tournament. Jones advanced into the consolation semifinals with a 10-4 decision win.

Wagner started his day with his first loss of the tournament, coming on a heartbreaking 3-1 loss in the first overtime period. He rebounded with a 5-3 decision win in the consolation bracket to keep his tournament hopes alive.

Wagner picked up another win in the third round coming out on top of a 7-2 decision. He wrestlers again Saturday with his sights still set on a third-place finish. 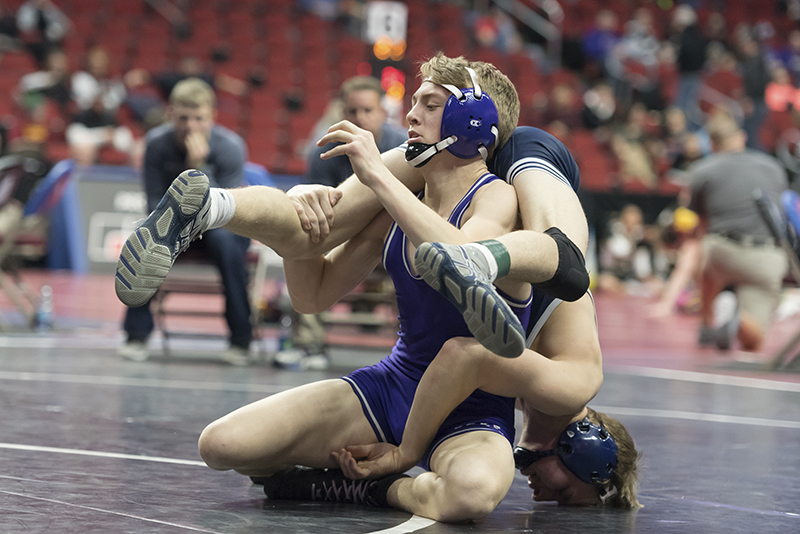 Lake Mills senior Caiden Jones shakes his opponent lose in the second round of consolation matches Friday morning. Jones won the match by a score of 12-1. – Lory Groe/For the Albert Lea Tribune