An Iowa woman charged in a chase reaching speeds of up to 90 mph in December 2017 pleaded guilty Friday in Freeborn County District Court. 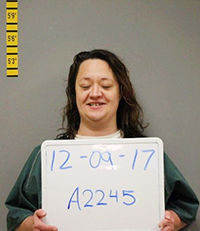 Court documents state Sims was charged after a Freeborn County Sheriff’s Office deputy was dispatched Dec. 9, 2017, to initiate a traffic stop on a vehicle with an Iowa license plate at the intersection of U.S. Highway 69 and Freeborn County Road 4 in Freeborn County for speeding. The driver of the vehicle reportedly hit the brakes, passing 660th Avenue at 70 mph.

Court documents state the driver was swerving within a lane and throwing cigarettes out of a sunroof.

The vehicle continued into Faribault County on State Line Road, approaching Faribault County Road 12 at 63 mph. She failed to stop at a stop sign for Minnesota State Highway 22, traveling north on the highway.

Stop sticks were placed near mile marker 10 of Minnesota Highway 22, and Sims traveled north at 70 to 90 mph until she struck the stop sticks, causing her to slow down. She was then arrested.

Sentencing is scheduled for May 10.

Lawyer Grant Sanders said Sims is expected to receive no additional jail time and be placed on probation.

Sims did not enter pleas to second-degree gross misdemeanor driving while intoxicated, an open bottle violation and speeding.