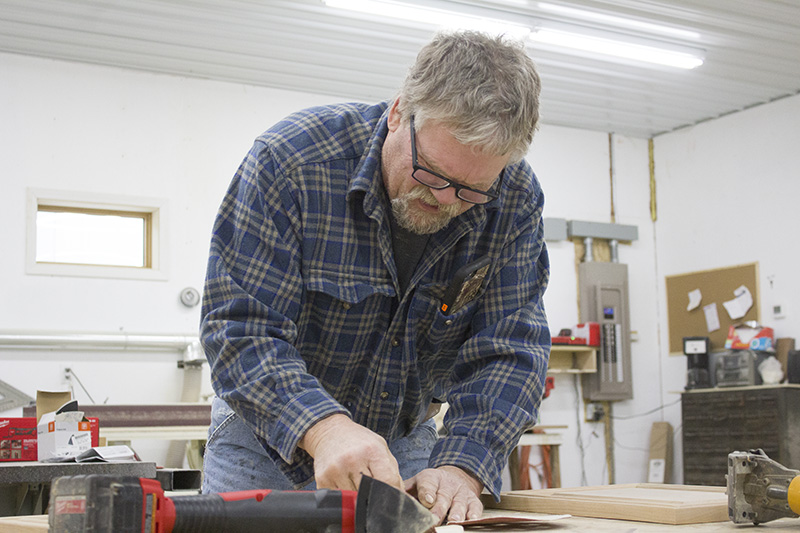 GLENVILLE — Arnold’s Construction owner Robert Arnold was building a 2,800-square-foot building inside on a cold January day in Glenville, the construction sounds echoing through the facility as country music played in the background.

He credits the Glenville Economic Development Authority for making it possible by providing a $2,000 grant to the business for the lot the building will sit on.

The EDA, funded as a line item in the city budget, developed in 2002 to make it easier for the city to receive land donations, acquire properties and transfer ownership of the properties.

“There are some development things that the EDA can do, that is easier to do through an EDA than city government,” Glenville Mayor Wes Webb said.

“Between the city and the EDA, when we end up with excess property — such as a lot from a property that has been demolished — we have sold/transferred those properties to a business needing space.” 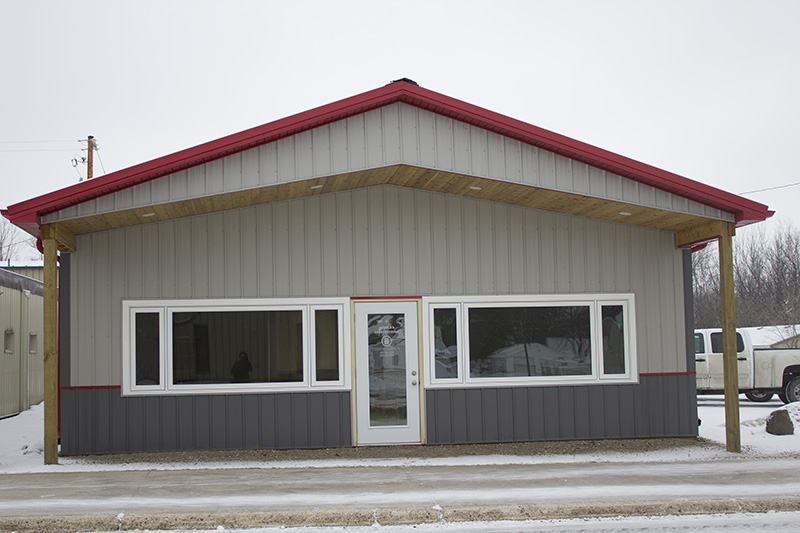 Construction on the Arnold’s Construction building in Glenville took place after the city’s EDA provided a $2,000 grant for the lot the facility is on. Owner Robert Arnold said he hopes the display room is complete by late February or March. — Sam Wilmes/Albert Lea Tribune

The EDA has helped in projects, including selling property for parking and reserved space for sporting goods store Cold Snap, a business that manufactures ice auger protective shields and markets other items geared toward the fishing industry, and a lot in association with Arnold’s Construction’s in-progress building.

Help has also been provided for Glenville-based Black Iron Manufacturing.

Webb estimated the EDA has given about $12,000 in six storefront grants within the last six months.

Webb noted state funding is relatively hard to secure for such projects, adding it is typically used in larger development projects.

“If we have the opportunities, we are going to position ourselves, through the EDA and the city, to make that help possible on a local basis,” he said.

The city of Glenville reaches out to potential businesses to offer the program.

Webb noted though the EDA is not frequently used, it still serves a purpose.

“It’s another tool from the city.”

2,800 – Square feet in a building being constructed for Arnold’s Construction in Glenville

$12,000 – Money the EDA has given in storefront grants over the last six months.