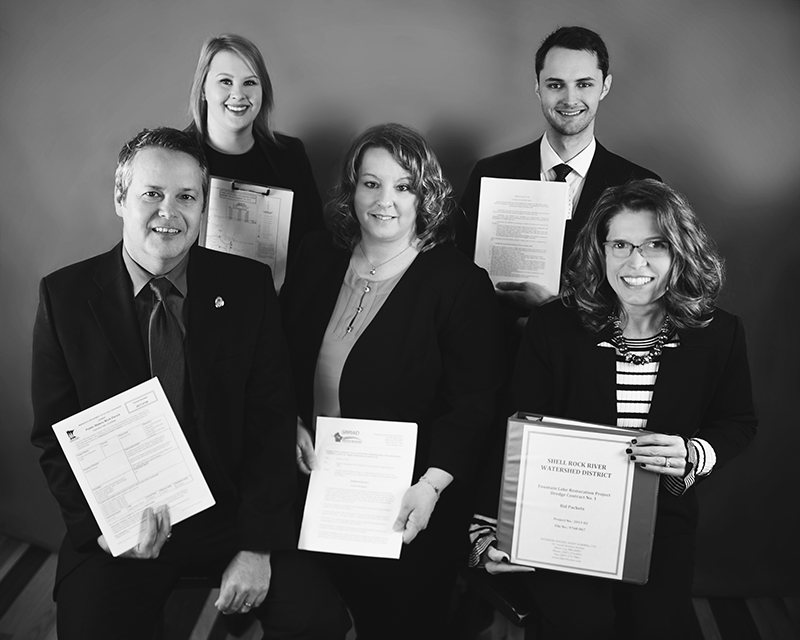 According to a press release, Benda and Haedt were one of two teams recognized by their peers in the Minnesota legal community. The focus of the team recognition was the leadership shown by the firm in spearheading the efforts of the Shell Rock River Watershed District through multiple levels of complicated negotiations with local and state government.

Honorees for the Attorney of the Year award are chosen based on the following criteria: leadership in the profession, involvement in major cases or other newsworthy events, and excellence in corporate or transactional services and public service.

The Benda and Haedt team were nominated by Watershed District Administrator Andy Henschel.

“As district administrator for the Shell Rock River Watershed District, I had the honor of working shoulder to shoulder with Matt and Stephanie in bringing this historic project to fruition,” Henschel said in his nomination.

“This project would not have been possible without the extraordinary efforts of this duo as our attorneys and strategic advisers.”

Benda’s role included obtaining, extending and renewing the local option sales tax, assisting with obtaining funding from the Minnesota Legislature and working through the intricacies of issuing a local bond to fund the project. Benda was the primary negotiator in working with the Minnesota Department of Natural Resources in obtaining the permits needed to proceed with the Fountain Lake Project.

“Pretty much every inch of this lake has been negotiated,” Henschel said. “It was Matt Benda that led this negotiation and advocated tirelessly for our project.”

Haedt worked behind the scenes to prepare the district to implement the best-value bidding and contracting needed to complete the Fountain Lake Restoration project, the release states.

“Stephanie’s calm demeanor and attention to detail were instrumental in leading us through the bidding and contract process and the ultimate award of the nearly $5.1 million dredging contract, consisting of over 2,000 pages,” Henschel said.

“Matt’s ability to help with big-picture strategy and Stephanie’s relentless attention to detail have been invaluable to the success of our project,” he said. “They are a great team!”

“It was an honor to be able to take a community vision, collaborate state-wide, and see it through to implementation,” Benda said upon receiving the award. “As attorneys, and as a law firm, it’s been very rewarding and amazing to see the end result.”