Editorial: Why are so many wind farms in Iowa? 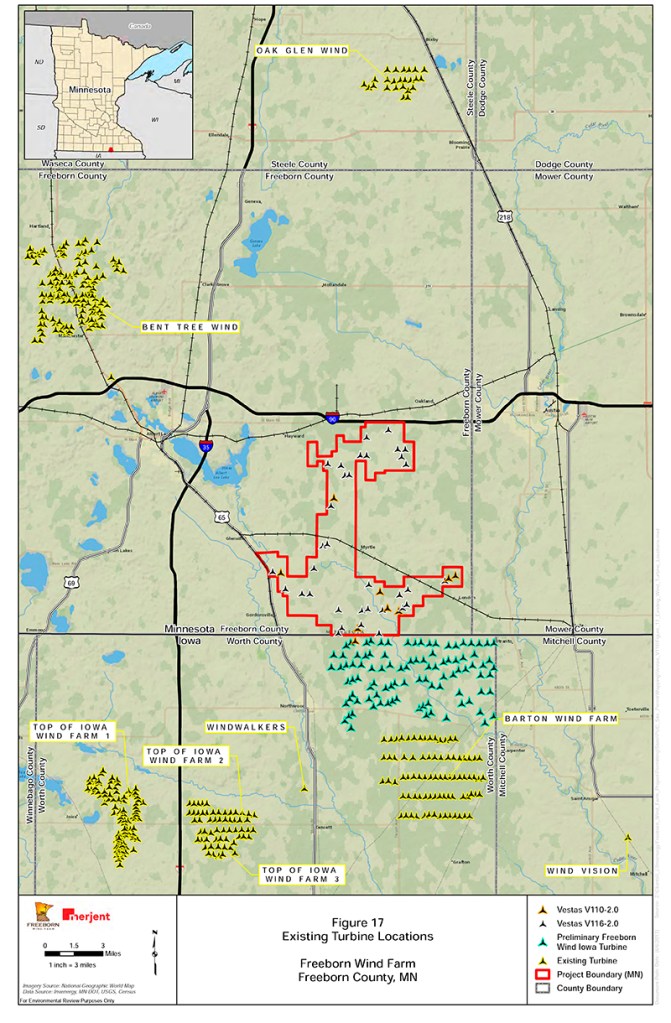 Much has been said from all sides of the debate about the future of the Freeborn Wind Farm in the last two years.

Renewable energy advocates have spoken out in favor of the project, while others against the project have been vocal about their viewpoint, as well. There have been discussions about wind turbine setbacks, environmental impacts, health effects, among many other topics — and it doesn’t seem to be winding down.

Looking at a map of existing wind turbine locations in Freeborn and Worth counties, we can’t help but notice the number of wind farm projects already in Worth County, compared to the number in Freeborn County. Once the proposed 58 turbines by Invenergy will be built in Worth County, that county will have 287 wind turbines. Freeborn County will have 42 new turbines plus the existing 122 turbines from Bent Tree Wind Farm, for a total of 164.

Worth County in 2016 received $3.05 million in tax revenue from its wind projects, according to Winn-Worth Betco, the economic development agency covering Winnebago and Worth counties. It is expected to receive another $450,000 in annual tax revenue from the 58 new turbines through the Freeborn Wind project. That’s a lot of money to benefit their county.

This is not the first time southern Minnesota has lost business to Iowa, and we are afraid projects like this tarnish outside developers’ views of what it’s like to bring a new renewable energy business or otherwise to Freeborn County and this part of the state.

We ask those involved to keep in mind the economic impact the Freeborn Wind project could have on Freeborn County and work to find a compromise on the three-part agreement for the project. The agreement covers liability for roads and infrastructure that could be damaged during the construction of the project and offers many protections to the county.

Possibly even more important, however, are the long-term impacts this project has had on portions of Freeborn County. Views on this project have divided families, friends and neighbors, and it is time for the healing to begin.