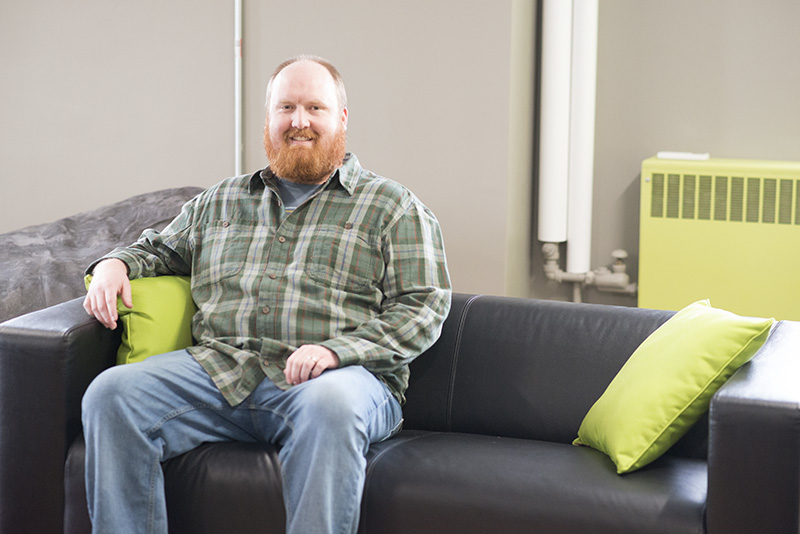 Jordan Winter, Youth Director at First Lutheran, has been with the church for 10 years. He went to Luther College and majored in business management. Tyler Julson/Albert Lea Tribune

Members of the youth group at First Lutheran Church in Albert Lea were in a pickle when they learned their youth room was going to be taken and used as part of the new preschool at the church. The group needed to find a new space to congregate for their Wednesday night youth groups. Luckily, there were three rooms above the old room that were available to be remodeled and converted into a new and improved youth room.

After taking down a few walls, putting in new flooring and a fresh paint job, the new room was ready for use starting in November.

On top of the room being used as the new youth room, youth director Jordan Winter said it can be used by other people and groups as well.

“We’re open to the idea of it being used for other stuff, too,” Winter said. “That was part of what we wanted when we created the space. We wanted to make it very functional and even movable in that people could use it for other things, too.” 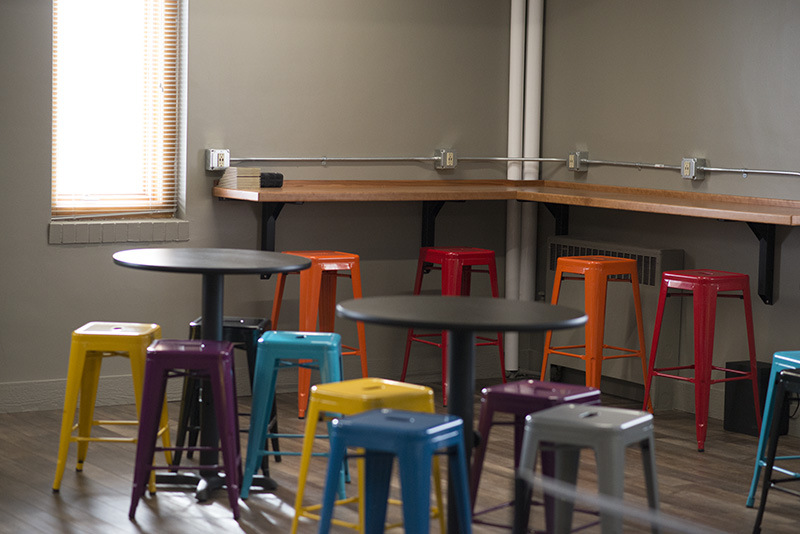 The youth room was moved upstairs into a slightly bigger space when the old room was needed for a new preschool at the church. Tyler Julson/Albert Lea Tribune

The new space also came with an upgrade in area — the old room measured right around 1,000 square feet, while the new room comes in just over 1,200 square feet.

Although the old room had the couches, projector screen and ping pong table, the added space allowed them to add what has become the children’s favorite part: the kitchen.

“We did not have a kitchen when we were downstairs,” Winter said. “Moving up here, knowing we were going to be two floors away from a usable kitchen, I said we need to have something up here — at least a usable oven and a fridge.

“They’ve spent more time on that end of the room (the kitchen), than they have over here (the lounge area). Even knowing that we don’t have to go down to the pop machines to get a pop, we have them right here in the fridge, has been pretty great.”

Winter said the average number of youth who show up each week is somewhere between 10 and 12. He said it can be hit and miss with a lot of them having other responsibilities like school, work and sports, but for the most part there’s usually a good number of high schoolers that come each week.

Every year, the youth group takes a ministry trip to different parts of the U.S. Last summer, 18 children went to Houston to take part in the ELCA Youth Gathering, where they got to meet and interact with over 30,000 other Lutheran youth who attended the event. This summer, Winter plans to take a group to Colorado for an overnight backpacking adventure.

The youth group helps out in the local community as well, lending time to some of the other charitable organizations at the church and tending a garden over the summer, from which they donate all of their produce.

“The best part is being able to build relationships with these high school kids,” Winter said. “To walk alongside them in their faith journey, to see them starting to get it a little bit is the most rewarding part.” 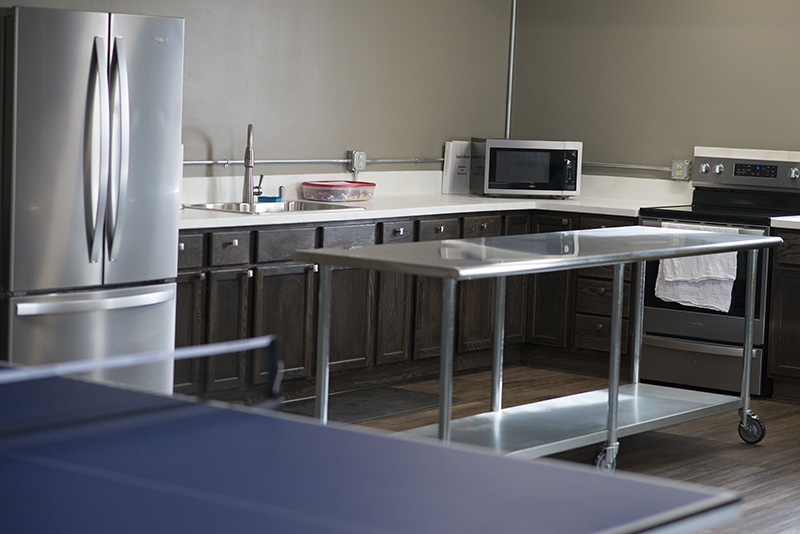 The most popular item in the new youth room is the fully furnished kitchen, complete with and oven, stove, mirowave, refridgerator and plenty of cupboard space. Tylet Julson/Albert Lea Tribune