‘Good bonding for us’ 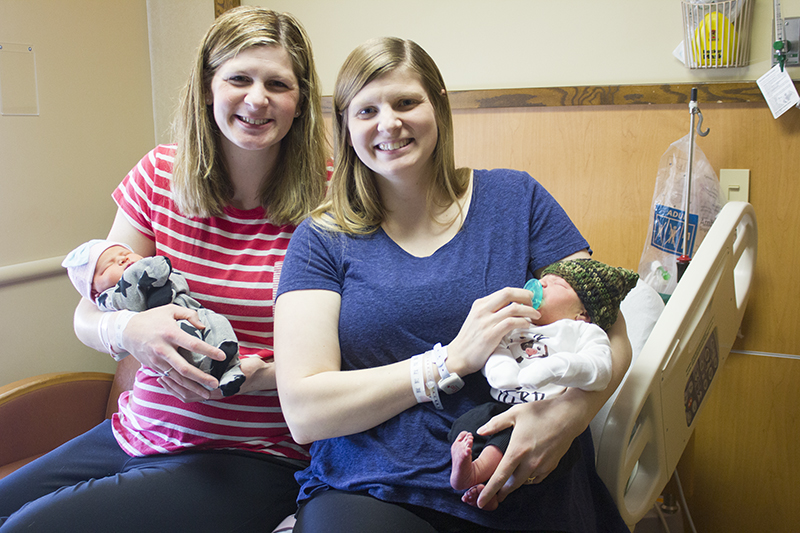 Sisters give birth on same day at The Baby Place

On Saturday, Jennifer Ignaszewski and Nadean Thoms did something veteran medical professionals at Mayo Clinic Health System say they have never seen: The two sisters gave birth on the same day next door to each other at The Baby Place.

Ignaszewski gave birth to Marie Daneal Ignaszewski at 11:59 a.m., and Thoms gave birth to Harland Michael Thoms at 7:13 p.m. The newborn cousins shared other close features: Marie Ignaszewski was 8 pounds, 1 ounce, and Harland Thoms was 7 pounds, 14 ounces. Their names both come from family members, and the parents did not know the genders of their babies until they were born.

“You only get that kind of surprise once,” Ignaszewski said. 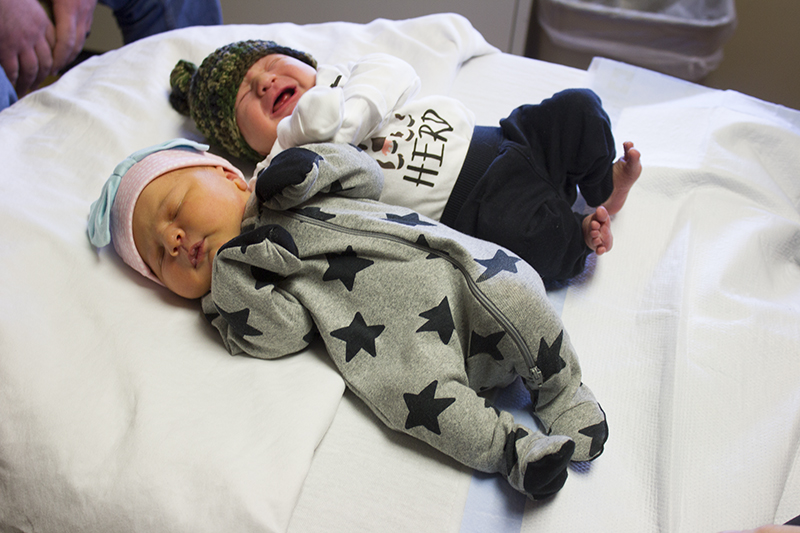 The sisters were in the same pregnancy stage, allowing them to correspond on the similar pregnancy symptoms they faced.

Ignaszewski reportedly correctly predicted the gender of her sister’s baby.

“I just said that they’re not the same,” she said of the genders of the two babies.

“My mom was up, and we were talking about Nadean, and she kind of looked at me, and I go, ‘Those chimes were Nadean, weren’t they?’” she said. “And she’s like, ‘yes, but you’re not supposed to know.’”

To Ignaszewski, the experience was “good bonding for us.”

“We’ve had our ups and downs, and it’s been more ups lately than when we were growing up,” she said. “So it’s been good. It’s been a nice thing to share with her.”

The two sisters became engaged two weeks apart and both married in 2016.

“It’s kind of neat, something we weren’t expecting, that’s for sure,” he said.

OB-GYN Heidi Gaston, who delivered Marie Ignaszewski, said she has not seen a similar situation in her 3 1/2 years at the hospital and four-year residency at a Grand Blanc, Michigan, hospital that has approximately 2,000 births per year.

“It’s pretty awesome,” Gaston said. “It’s very exciting for their families, and it worked out really nice that they could all visit together.” 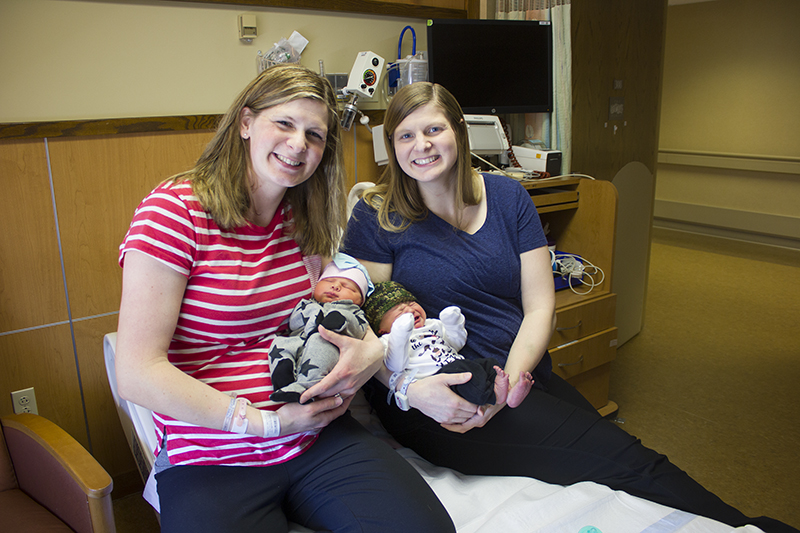