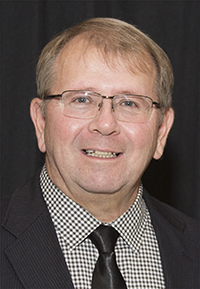 “I am preaching to the choir but what I’m asking is for the choir to sing loudly for the next three months.”

Gov. Tim Walz was touting his plan to boost local government aid funding when he said this at a Coalition of Greater Minnesota Cities event earlier this year. He told the audience of Greater Minnesota city officials that while he was planning to include a $30.5 million LGA increase in his then-unreleased budget, he was going to need our help to get the proposal across the finish line.

As a Bemidji city councilor and president of the CGMC, I am a proud member of LGA “choir.” I have been warming up my voice and now — with the halfway-point of the legislative session fast approaching — I’m ready to sing.

The average Minnesotan likely knows little about LGA, but it is a key reason why Minnesota consistently boasts a stronger economy and better quality of life than neighboring states. Created in 1971, the LGA program distributes aid to cities using a formula that compares a city’s property tax base to its needs. Its purpose is to ensure that all cities are able to provide a similar level of services regardless of the strength of their tax base. For some cities, LGA constitutes nearly half of their annual budget.

As the Legislature debates the merits of Gov. Walz’s budget proposal and the House and Senate craft budgets of their own, I urge lawmakers to keep the $30.5 million LGA increase in their plans. Here’s why:

• LGA benefits all Minnesotans. Approximately 90 percent of Minnesota cities receive LGA — from tiny rural towns to the largest cities. It helps narrow disparities between communities so that every city can provide important services and amenities like public safety, libraries, parks and plowed streets. If you live, work, go to school, visit the doctor or shop in a Minnesota city, chances are you benefit from LGA.

• LGA has not kept up with rising costs. The proposed $30.5 million increase would bring LGA funding back to its 2002 highpoint, not counting for inflation. In the ensuing years, costs have gone up for everything from employee health insurance to construction materials. When there is record-breaking snowfall, we can’t leave the streets unplowed. If there is a fire, we need equipment and trained firefighters to put it out. City officials make tough financial decisions every day, but needs do not go away. That struggle is even harder when LGA is underfunded.

• LGA helps restrain property taxes. Without LGA, the average city receiving aid would have to increase its property tax rate by more than 65 percent in order to continue to provide the same level of services. LGA also has a proven track record of helping slow the growth of city levies. From 2013 to 2014, the last time there was a significant LGA increase, many communities kept their levies flat or even reduced them.

• LGA has bipartisan support. Republican and Democrat legislators have teamed up to sponsor legislation to increase LGA, and their bills have support from rural and urban legislators on both sides of the aisle. Senate Majority Leader Paul Gazelka, a Republican, has also voiced support for LGA. In a time when nearly everything has become uber-political, lawmakers should embrace this opportunity to find common ground.

• LGA is a small investment with a big payoff. LGA currently represents less than 3 percent of the state budget. The proposed $30.5 million increase is just a fraction of the governor’s budget proposal. It is a relatively small price to pay to boost a program that has a tremendous impact on cities across the state.

City officials in the 758 Minnesota cities that receive LGA can attest to the integral role it plays in keeping our communities afloat and our state strong. As legislators and the governor continue the daunting task of creating the state budget, I hope they keep the health and prosperity of our cities in mind by including the $30.5 million LGA increase in the final product.

Ron Johnson serves on the Bemidji City Council and is president of the Coalition of Greater Minnesota Cities.