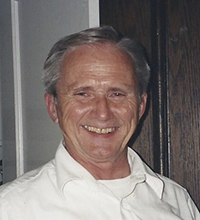 Karl graduated from Emmons High School and the University of Minnesota. Karl served three years in the U.S. Army. He retired from the Department of Commerce in Washington, D.C., with more than 30 years of combined civilian service in the departments of Army and commerce.

He is preceded in death by his parents David and Millie Davidson and his brother, Donald.

He is survived by his wife, Sue of Fairfax; brothers Selmer (Peggy) of Olympia, Washington, and Kenneth of Monterey, California; sister, Berniece Anderson of Roseville; and many nieces and nephews.

Karl always had a smile on his face. He will be missed.

Services in Emmons are pending and will take place at a later date.