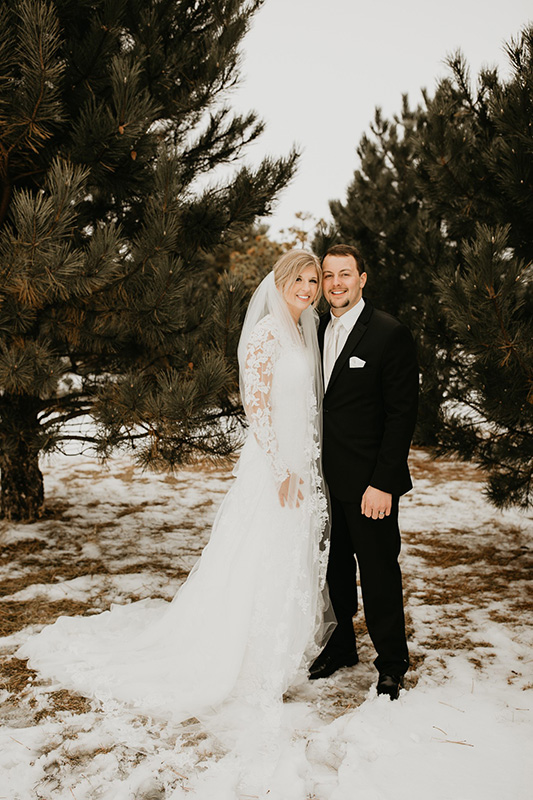 Hannah Light of Hartland and Bennett Stadheim of Albert Lea were married Feb. 2, 2019, at Cross of Glory Lutheran Church in Hartland. The Rev. Steven Schwartz of Cross Glory Lutheran Church and the Rev. Jeff Phelps of Crossroads Church officiated. The reception took place at The Mill in Waseca.

Soren Puterbaugh, nephew of the groom, was the ring bearer.

The bride is the daughter of Randy and Carol Light of Hartland and the granddaughter of Pat Crosley of Park Rapids and Marilyn Light of Hartland. She is a 2014 graduate of NRHEG High School and a 2018 graduate of the University of Wisconsin-River Falls, where she majored in agricultural business and minored in marketing communications. She is a client service representative at intellicents in Albert Lea.