An Albert Lea man who reportedly strangled someone he knew Friday was charged with a felony Monday in Freeborn County District Court. 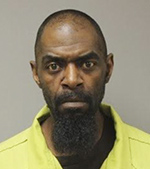 Court documents state Counts was charged after an Albert Lea police officer was dispatched Saturday to the Freeborn County Law Enforcement Center lobby for a report of a domestic assault. The alleged victim said the incident took place Friday at an Albert Lea residence.

Counts allegedly threw a bucket of cleaning fluid at the victim as well as food, pop, rubbing alcohol and tartar sauce. He placed petroleum jelly on her face and hair and allegedly struck her in the left thigh and grabbed her neck, causing her not to be able to breathe.

Counts allegedly grabbed a gun and threatened to shoot her and her ex-husband if she went to his house.

Bruises on the alleged victim’s body and other evidence were reportedly evidence of the assault.

Counts reportedly denied assaulting her and said it was a verbal argument. Court documents state he admitted rubbing petroleum jelly in her hair because “she kept calling him derogatory words.”

After officers arrested Counts, he said she head-butted him and yelled and screamed at him.

Judge Ross Leuning set conditional bail for Counts at $5,000, contingent on him not assaulting anyone, not using or possessing firearms or dangerous weapons, having no contact with the alleged victim and meeting other requirements.

Counts’ next appearance is scheduled for March 14.