An Albert Lea man on Thursday pleaded guilty to selling 17.2 grams of methamphetamine to an undercover agent in October 2017. 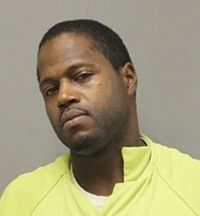 Freeborn County Attorney David Walker said Amos faces a potential prison sentence of more than nine years in prison because of the severity of the crime and his criminal history.

Court documents state Amos was charged after someone who was undercover went to an Albert Lea address Oct. 11, 2017, and met with Amos.

The drug was reportedly packaged in two baggies and field-tested positive for meth.

Sentencing is scheduled for Aug. 9.