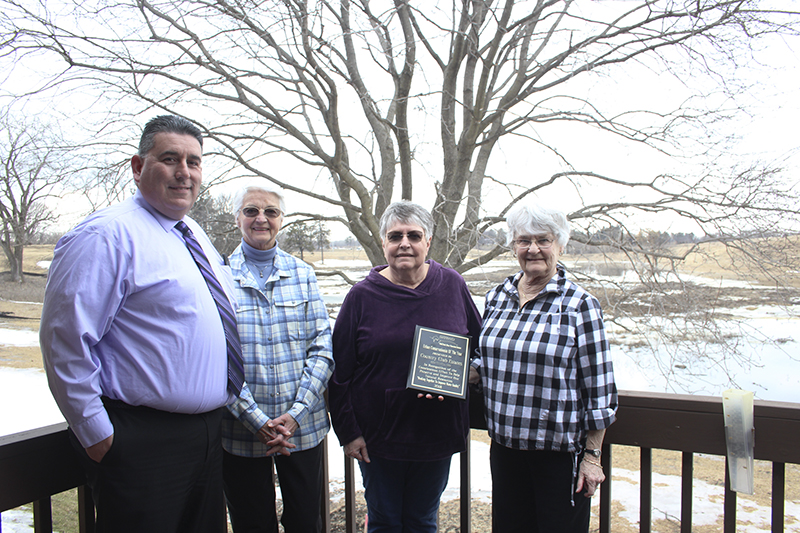 Watershed, association work together for wetland

Sometimes, people would approach her and tell the Albert Lea resident they felt sorry for her. The view out her back window was formerly an unused, minimally maintained property, and others did not think much of it.

Mary Peterson said that was before the Shell Rock River Watershed District turned the property into a wetland bank.

“They’re not going to feel sorry for us anymore,” she said.

Several Albert Lea residents have watched that property — sandwiched between Lakeview Boulevard on the east, Edgewater Park on the west and St. John’s Lutheran Community on Fountain Lake on the northwest — cycle through different lives, but cooperation in bringing it to its current state of existence recently won them an award.

Petersen is a member of the Country Club Estates Association, a board representing a group of 22 units on Martin Lane. The association — Nancy McDonald, John Double, Marlys Webber, Mary Peterson, Dale Henrikson, Sara Koenecke and Dave Elvebak — was recognized as the Shell Rock River Watershed District 2019 Urban Conservationist of the Year for their “vital role in the Fountain Lake Restoration project,” according to the Watershed District.

The site, formerly the Albert Lea Country Club, the failed Eagles Rest housing development and then a minimally maintained, unused property, was created into a wetland bank by the Watershed District as a replacement for wetlands impacted by the second and third confined disposal facilities for sediment dredged from Fountain Lake. To do so, the Watershed District and the Country Club Estates Association entered into an easement agreement to allow watershed staff to construct a berm containing the wetland and to permit access to the wetland for continued maintenance and work.

“We would not have access to areas that needed to be built up for the berm to be placed, so that’s why it was important to have that easement,” Watershed District Administrator Andy Henschel said.

Webber said before the Watershed District got involved, she would bring some of her plants indoors for the winter and there would be thistles growing in the pot from seeds that blew over while the property was sitting unused and minimally maintained. 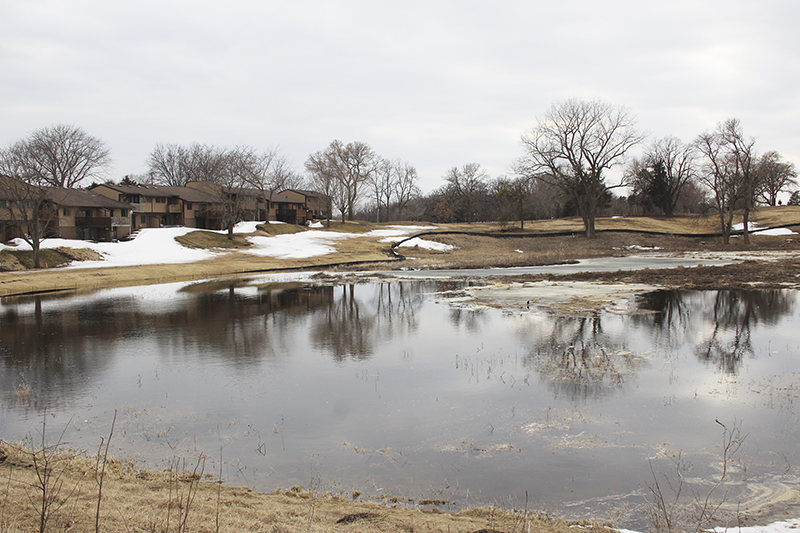 “Thistles were 7 foot tall — the thistle plants that were out there,” Double said. “We had it snowing in July when they all let loose.”

Double said this meant extra maintenance for his back lawn.

Nancy McDonald, president of the association and whose back deck and yard abuts the wetland bank, said she remembers when water from the property behind her home would creep toward her porch.

“At one point, I could have taken a fishing line and just fished right over (my deck),” she said.

It was the water levels behind their homes that made the Country Club Estates Association contact the Watershed District, Webber said.

“We never, ever realized what a huge project they were going to turn it into,” she said.

The wetland bank behind the Country Club Estates is part of a larger parcel that is approximately 50 acres in total that the district purchased in 2013, Henschel said. Other than the wetland restoration, which Henschel said the district has been working to achieve for approximately four years, they are responsible for upkeep of the property. Country Club Estates Association members noticed.

“We were just so appreciative of them taking an interest in the back, because no one else did,” McDonald said.

When conversations about the easement began, Webber said Henschel came to association meetings, brought plans and answered questions. In turn, Henschel said, the association educated the other homeowners to make sure the project could move forward.

“What stood them apart was just their willingness to work with us,” he said. “That’s always one of the biggest issues for any watershed … is finding land owners that are willing to work with you and are excited about projects, and they showed a ton of interest.”

The easement had to be signed by every unit owner, McDonald said. She said they had no opposition from others in the housing row.

“They were wonderful to work with,” Henschel said. “Especially when you have a group of that size, that many landowners, it’s sometimes hard to get them all on the same page.”

The Country Club Estates Association members are looking forward to seeing what more comes from the project.

But for now, several of them are already enjoying what they see: the muskrats, deer, hawks, eagles, fish and nobody else’s backyard.

“We’re just thrilled even with what we have right now,” McDonald said.

Rural Conservationist of the Year

The 2019 Rural Conservationist of the Year Award was given to Janis Owens and Richard and Margaret Jensen. The three owned 130 acres of land south of Pickerel Lake and sold 45 acres that allowed the district to begin a wetland restoration project.

“The support from this family helped to set the stage for a successful project,” a release from the Watershed District stated. “This restoration will be essential in improving water quality to Pickerel Lake and provide water storage and habitat value.” 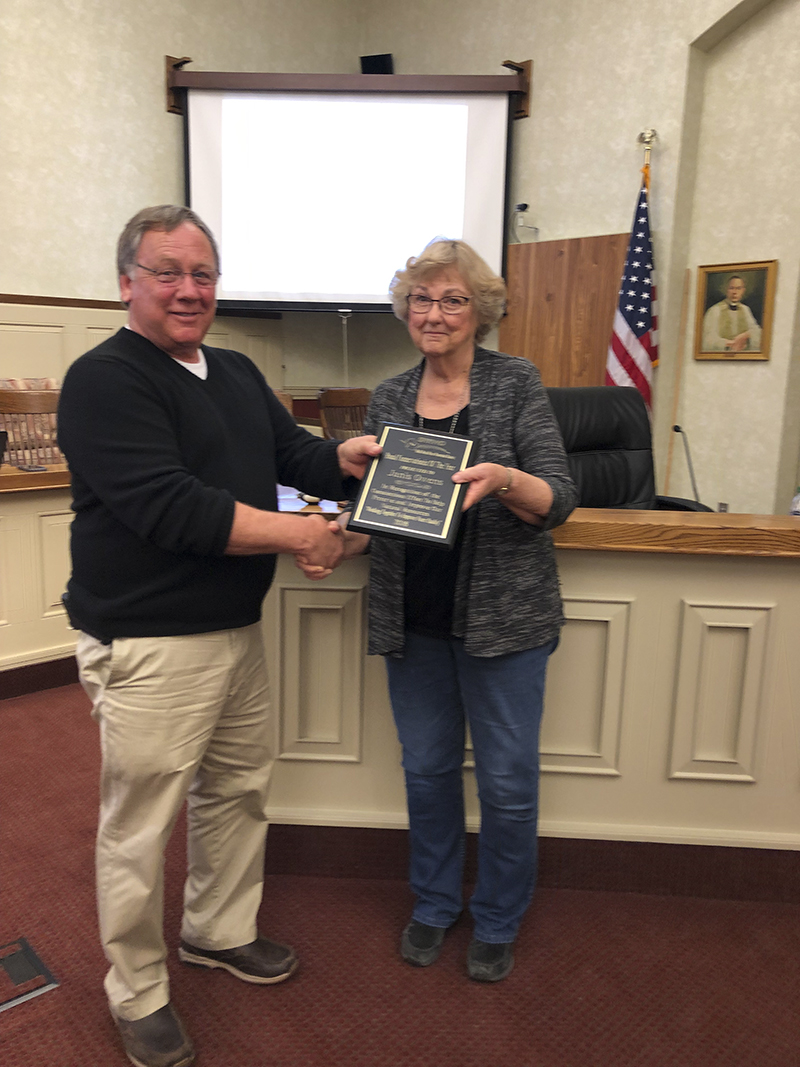 Janis Owens accepts the Rural Conservationist of the Year Award given to Janis Owens as well as her brother and his wife, Richard and Margaret Jensen. They were recognized at the 2019 Watershed District annual meeting March 19. – Provided