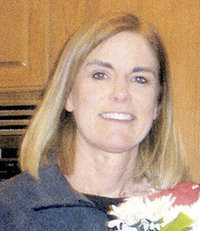 Nora graduated from Albert Lea High School in 1979, where she participated in basketball, volleyball and track. She lettered four years on the varsity basketball team and was captain her junior and senior years. She lettered twice in volleyball and was an All-Conference selection as well as a captain her senior year. She also lettered three years in track. Her junior year she was Big Nine Conference, sub-region and region high jump champion and participated in the state meet. She is second all-time in the high jump in Albert Lea with a mark of 5 feet, 5 inches. Unfortunately for Nora, a knee injury in the first basketball game in her senior year ended her Albert Lea Tigers career. She was also All-Big Nine orchestra playing the bassoon and a member of the National Honor Society.

After high school, she continued her volleyball career, playing two years at Winona State before transferring to Arizona State, where she graduated in 1983. She was honored with induction into the Albert Lea High School Athletic Hall of Fame in 2018.

Nora was a flight attendant for Delta Airlines for more than 37 years.

Nora will be greatly missed by her husband, Michael Weismiller; and three daughters, Emily, Alyssa and Olivia Cotterman, who reside in Monroe; and her parents Dale and Adean Turner of Albert Lea.

She was preceded in death by her brother, Bruce, and her grandparents.

A celebration of life for Nora is scheduled for March 23 in Monroe.