Russell Clayton Anderson, 85, of New Richland died Thursday, March 21, 2019, at his home. A funeral service will be at 11 a.m. Thursday at Trinity Lutheran Church in New Richland. The Rev. Paul Andress will officiate. Visitation will be from 4 to 8 p.m. Wednesday at Bruss-Heitner Funeral Home in Wells and will continue one hour prior to the service at the church Thursday. Interment will be in Freeborn Cemetery. Bruss-Heitner Funeral Home of Wells is in charge of arrangements. To leave an online condolence, visit www.brussheitner.com. 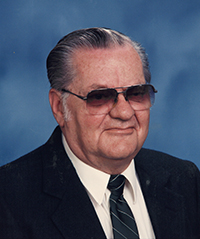 Russell was born Oct. 4, 1933, in Byron Township in Waseca County, the son of Andrew and Carrie (Noftskar) Anderson.

He married Jeanette Fetchenhier, and to this union four daughters were born. The couple later divorced.

Russell was always a farmer at heart and was proud of carrying on the Anderson family legacy that started in 1883. He retired from Streater after 35 years.

He was a loving father to four daughters and grandfather to seven grandchildren. He loved fishing, hunting and playing cards on Monday night. He was a very kind and generous person who always chose to remain anonymous. Russell was a faithful parishioner of Trinity Lutheran Church in New Richland.

He had such a wonderful sense of humor and wit and was happy telling tales of his family’s history and the area in which he lived his whole life. Russell was a loving brother and trusted friend to all who knew him. He lived his life on his own terms and passed away as he lived.