William Wayne Wakefield passed away Tuesday, March 5, 2019, at Sunrise of Roseville at the age of 84. 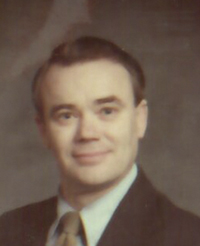 He was born Feb. 12, 1935, in Hartland Township to Merle and Ardis (Ayers) Wakefield. He attended District No. 62 rural school and graduated salutatorian from Freeborn High School in 1953. He graduated from the University of Minnesota, then did graduate work in the field of mathematics.

In June 1958 he married Shirley Maranda in St. Paul. He was employed in the computer industry for the entirety of his career. He worked for Boeing Co. in Seattle, returning to St. Paul to work for Sperry-Rand, Univac Division — which then became Unisys — until his retirement. He spent two of those years working at the Pentagon and was involved in the NASA space program.

Wayne had a wide variety of diverse interests. He was an avid genealogist, amateur astronomer — he even built his own telescope, loved the outdoors, birdwatching, visiting national parks and spending time at his cabin up north. His passion for sports, music and theater was evidenced by his annual season tickets to the Twins and Wild games, St. Paul Chamber Orchestra and Guthrie Theater. Wayne also loved to talk to people, often striking up conversations with anyone he met.

Services took place March 8 at Kessler & Maguire Funeral Home in St. Paul. Burial was at Resurrection Cemetery. In lieu of flowers, memorials may be made to the Audubon Society, St. Paul Chamber Orchestra or the donor’s choice.