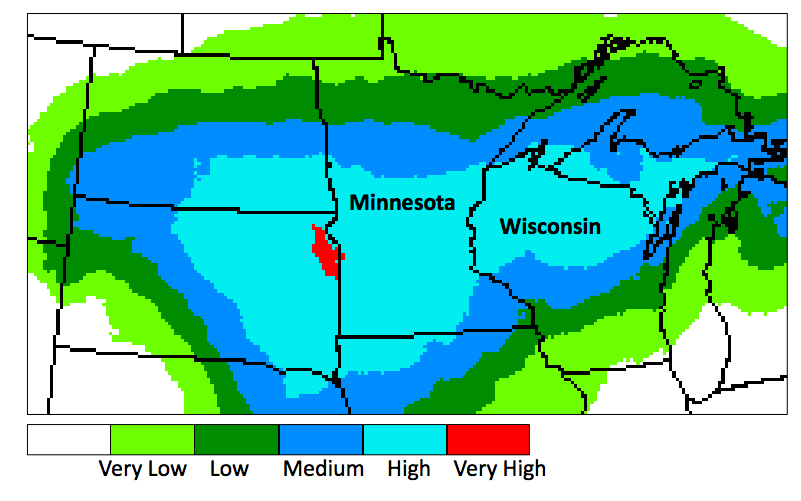 According to the National Weather Service Service, there is a high chance for heavy snow on Saturday and Sunday across much of Minnesota. - Provided

A strong winter storm is expected to bring heavy snow this weekend, which could result in added stress to homes and buildings already strained with high snow levels from recent storms.

According to the National Weather Service, a wide band of snow is expected across much of Minnesota, with nearly all locations expected to have a high chance of significant heavy, wet snow accumulation.

The amount of snow predicted to fall on the region has not yet been identified.

Snow is expected to begin Saturday morning across southwest Minnesota, spread northward Saturday and taper off Saturday night and into Sunday morning.

The Weather Service states though the storm is not expected to be a repeat of the storm on Feb. 23 and 24, there will be significant travel impacts.

Winds of 20 to 25 mph are expected Saturday morning and could increase to 25 to 30 mph Sunday morning.

The added snow brings additional flooding concerns to the area, as the liquid equivalent of moisture in the snow is expected to bring about 1 inch of moisture to Albert Lea. This means more risk of flooding when the snow melts, the agency states.

A warmer system is also expected to produce widespread rain for the middle of next week.