‘We’re just thrilled to have found one another’ 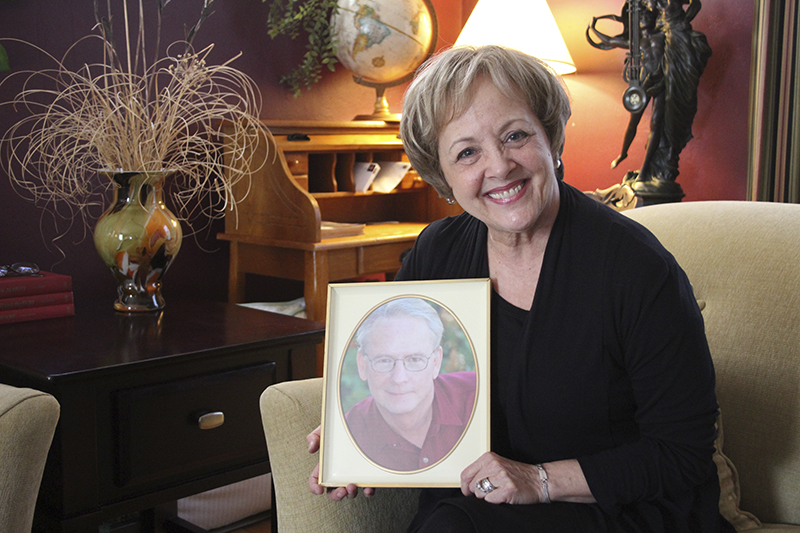 Susan Carlson and her half-brother, Kevin Reynolds (pictured), found each other on Ancestry.com in February. - Sarah Kocher/Albert Lea Tribune

They are discovering new things about each other all the time: what kind of foods they both like (souped-up salads, Carlson said), whether their political views align (they do).

They know there is still a lot left to learn, but they can already talk about these things. Even though Susan Carlson has a new baby brother, her younger brother is 65 years old.

“I had no idea that Kevin existed,” Carlson said.

Carlson never met her biological father, Charles Earl Fourt. Her parents divorced before she could walk, she said.

They found each other through a DNA test.

And they are not wasting any time. Just because they have not known each other all their lives does not make the relationship any less important, she said.

“I think what’s amazing to both of us is how we’ve accepted one another unconditionally,” Carlson said.

She joked that not having that childhood together meant no negative baggage to carry into adulthood.

“It’s just really nice to have a brother who likes you right off the bat and you don’t even have to share toys with them,” she said.

Though family is important to her — she has two sons, a daughter and nine grandchildren — she said a lot of her own family was more mystery than history until her husband, Steve Carlson, bought her a DNA test for Christmas.

“For a long time she’d been thinking that … ‘I really need to do something like this’ — for the last two years, probably, had been talking about it,” Steve Carlson said.

He said it took about two months for the kit to be processed and to receive results. After the results came, Susan Carlson was able to go online through Ancestry.com and see how her results might stitch up some of the holes in her family tapestry.

Online, she saw another Susan Fourt. She was included on a list Ancestry.com provided to Susan as those with whom she connects through DNA. She was listed as a sixth cousin. Susan Carlson emailed her through Ancestry and asked if she could help connect the dots.

On Feb. 21, Susan Carlson looked again at the number one name at the top of her results: Kevin Reynolds.

“That doesn’t ring any bells at all,” she said.

She sent him an email. He emailed back right away with the name of his biological father.

It was Charles Fourt.

Now, that email lives in a binder with many others, frequently expressing both shock and immense gratitude. Carlson and Reynolds email, text or speak on the phone about every other day, she said. According to Carlson, their first phone call lasted close to 3 1/2 hours.

Along with what she has printed off from Ancestry.com, Susan Carlson has cards and notes from Reynolds and his wife. On a letter, Reynolds wrote, in block letters, “From Kevin AKA little brother” and “To Susan AKA big sister.”

“We’re just having fun,” she said. 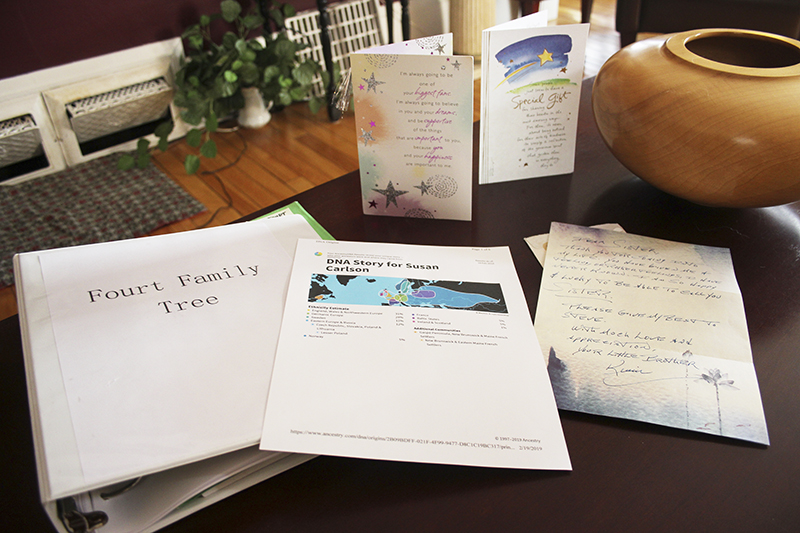 Susan Carlson and Kevin Reynolds have spent the past month exchanging emails, phone calls, texts and letters as they get to know each other. Carlson keeps print-out copies of their email exchanges in a three-ring binder. – Sarah Kocher/Albert Lea Tribune

‘Healing for both of us’

Before he received the message from Susan Carlson, Kevin Reynolds said he had been on the site for about a year. He had found a few distant relatives, but it had not gone too far. Still, he would always check his emails for updates from the website about his history.

Approximately a month ago, “I got one of those notifications from Ancestry and it turned out to be Susan,” he said.

Kevin Reynolds said he is not in touch with the people he spent his childhood with. It was not a great experience for him, he said.

“The people I grew up with really never gave me a home life,” he said.

He was looking for that. He found some of that through his wife.

“When I found out I had a sister who turned out to be beautiful, smart and wonderful —”

Reynolds joined the interview via Carlson’s cell put on speakerphone and set on a coffee table. At this point, he pauses. He apologizes. He’s emotional.

In her home hundreds of miles away, Susan goes for the tissues.

There is joy there — and a little incredulity, too.

“Putting things in place has really been healing for both of us,” Carlson said.

Though Carlson has family through her husband and has aunts and cousins with whom she is close, she said it was never quite the same.

“You’re always the fifth wheel … but I’ve never been part of the whole contraption,” she said.

Carlson said she felt that growing up without siblings. Her parents were busy.

Now, Steve Carlson said he sees her around with a smile on her face.

“It’s been very special to see Sue go through what she’s going through,” Steve Carlson said.

Susan Carlson said it has been a wonderful experience gaining a brother who has been receptive and eager to have a sister.

“I’m going to enjoy spending as much time together with her as I can,” he said, even though that time is long-distance.

For Reynolds, he said it has been a wonderful experience to find a sister who cares for him in that way, too — acceptance without question.

The reality of a sibling is still settling in for them both.

“We’re just thrilled to have found one another,” Carlson said.