Will heavy snow in region lead to spring flooding? 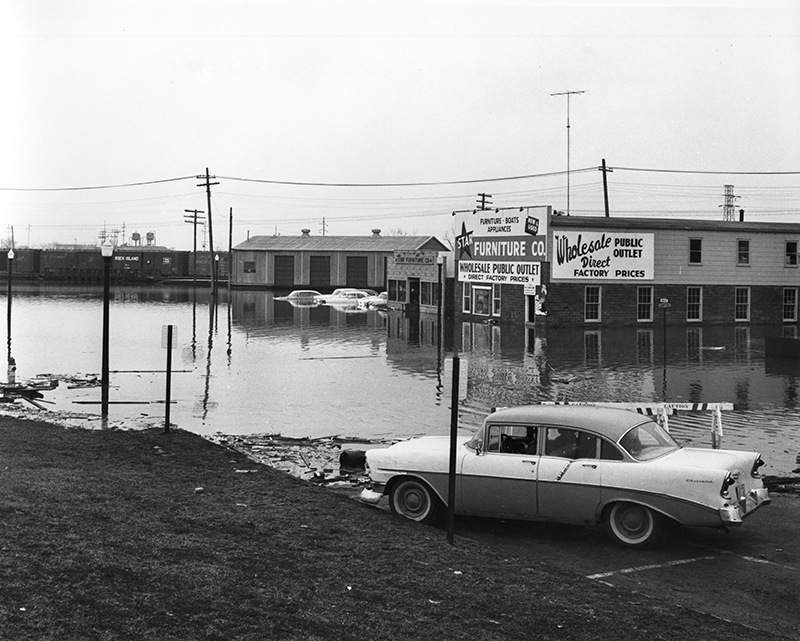 Albert Lea and the surrounding area are at increased risk for flooding this spring as the region digs out from higher than normal snowfall amounts, according to weather officials.

Craig Schmidt, senior service hydrologist for the National Weather Service office in Chanhassen, said the threat of flooding is “pretty high” throughout the region.

He noted the snow-water equivalent — the amount of water that would remain if snow melts — is in the top 10 percent compared to past years.

He said there is around 4 inches of water in the snow pack, compared to the average 2 to 2 1/2 inches at this time of year. The weather agency is forecasting another inch of water in the 4 to 8 inches of snow expected this weekend.

He noted this fall was very wet in southern Minnesota, causing the soil to freeze with a lot of moisture.

Schmidt estimated frost depth to be at 2 to 4 feet throughout the state.

To him, this winter has been different than most because most of the amount of snow has fallen since February, a time that has also featured extremely low temperatures at times, not allowing the snow to melt.

As of Thursday, Albert Lea had an estimated snow depth of 2 feet and had received 62.9 inches of snow during the winter season. If the city receives the expected snowfall this weekend, it could become one of the top three snowiest winters on record.

“We’ve gotten almost all of our snow since late January,” Schmidt said. 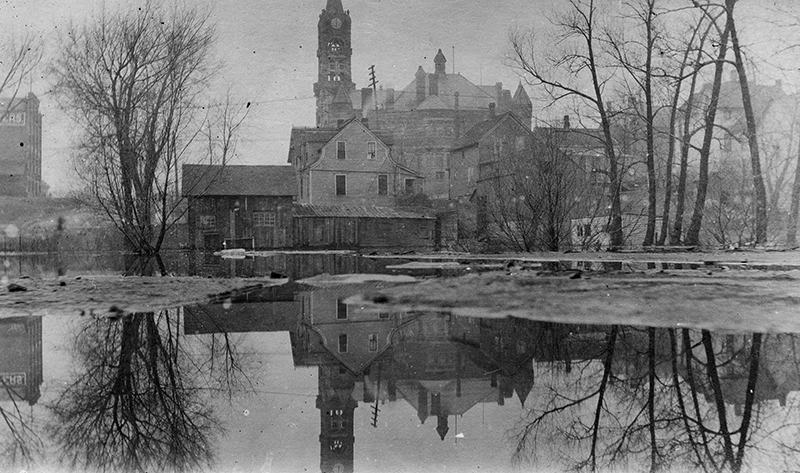 Albert Lea has had frequent spring floods, including this one in this undated photo that shows the Freeborn County Courthouse. – Photos courtesy Freeborn County Historical Museum

He noted there is a greater than 50 percent chance of flooding this spring on Minnesota and Mississippi rivers, near 70 percent on Turtle Creek near Austin and 65 percent on the Cannon River near Northfield. He did not have data for Shell Rock River.

“Pretty much all of our major points are between 60 and 75 percent chance of reaching the major flood stage,” he said.

“We’ll do our best to manage it if it does occur,” he said.

Jahnke noted East Main Street, Lakeview Boulevard and Frank Hall Park are typical flooding areas. He said the city is being proactive by going to low-lying areas, digging out snowbanks and getting to catch basins — areas where storm water goes.

North Central River Forecast Center service coordination hydrologist Corey Loveland said for snow to melt, temperatures can be below freezing if the ambient air temperature and the sun’s direct rays are in the right place.

“If the temperature increases, the snow has to melt to balance the energy,” Loveland said.

He noted ideal conditions for snow melt include moderate temperatures, allowing snow to gradually melt. He said the worst-case scenario for snowmelt is a rapid warming, causing the snow to quickly melt.

Loveland said snow typically melts in the first two weeks of March, but this year is an extraordinary winter with “very cold temperatures.”

“We haven’t reached that time frame yet of our confidence level,” he said.

How close is Albert Lea to breaking a record for snowfall during the winter season?

— Data from the National Weather Service