Woman touched by suicide looks to increase awareness in A.L. with walk 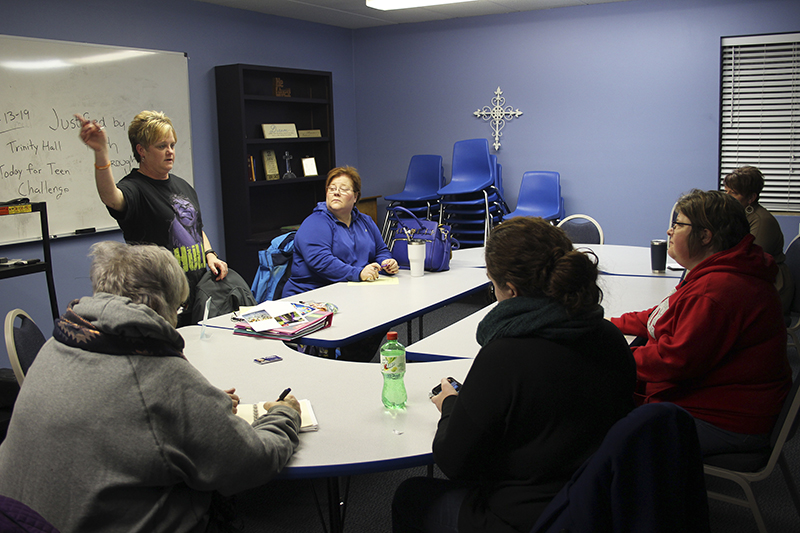 Darcy Nielsen discusses with the committee the route for the Out of the Darkness suicide prevention and awareness walk, scheduled for its first year in Albert Lea on Sept. 7. Sarah Kocher/Albert Lea Tribune 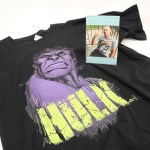 Darcy Nielsen’s team, Team Avengers, made t-shirts with the Incredible Hulk on them because of her cousin’s love for the superhero. Tommy Aldrich, Nielsen’s cousin, died by suicide two years ago. Sarah Kocher/Albert Lea Tribune 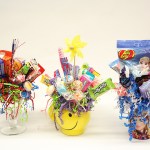 To raise money for the American Foundation for Suicide Prevention and the Out of the Darkness walk, Darcy Nielsen makes and sells candy bouquets. Sarah Kocher/Albert Lea Tribune 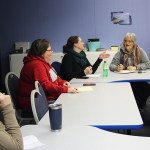 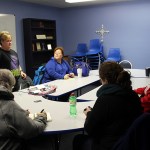 Darcy Nielsen discusses with the committee the route for the Out of the Darkness suicide prevention and awareness walk, scheduled for its first year in Albert Lea on Sept. 7. Sarah Kocher/Albert Lea Tribune

After her cousin died by suicide two years ago, she went with his children to counseling in the Twin Cities, where she heard about Out of the Darkness walks from a support group.

“It became my mission, I guess, because after Tommy had passed away, I didn’t want him to be a statistic,” she said. “… He’s a number now that has taken his life by suicide, and I want to be his voice because he can no longer be here to be his voice. And I want people to know that, you know, it’s an epidemic and it’s a big, it’s happening big here. And they’re not alone — that there is people that are out there to help them and, you know, there’s people out there that love them.”

Austin hosted five years-worth of these walks, which raise money for the American Foundation for Suicide Prevention. In addition to money, the walk intends to encourage prevention and awareness. Nielsen was a co-chairwoman for the 2018 walk in Austin, and this year, she’s bringing it to Albert Lea. The cities will trade off hosting.

“We wanted to get the two communities together,” she said.

Last year, Austin had around 30 walkers and raised over $5,000, Nielsen said. Of that, her team raised $1,100. Participants can walk and raise money individually or as part of a team.

Nielsen walks with Team Avengers. Her cousin, Tommy Aldrich, was into the Incredible Hulk. Her team T-shirt has the Marvel character on the front. He was a friend to everyone, she said.

“When we got the phone call, you never think it’s going to happen to your family,” Nielsen said. “But it does.”

Nielsen said she hopes to bring more walkers to Albert Lea. According to the walk’s webpage, this year’s fundraising goal is $5,000. To fundraise herself, Nielsen sells candy bouquets on Facebook and at craft fairs.

To organize the walk, Nielsen has gathered a committee that met for the first time in January to begin planning. Verlaine Williams said she joined the committee in the name of friendship.

She sees being a part of the committee and participating in the walk as a learning opportunity. She said she has many questions about how to understand and help those struggling with suicidal thoughts as well as about what resources are available to them.

“I don’t know what you can do for those people — but I want to find out,” she said.

The walk is a chance for others to do the same, Williams said: to gain awareness about suicide prevention.

“I hope that by having this walk it will make everybody so much more aware of what a problem it has become, because I think it’s a monster problem,” Williams said.

In addition to a walk, the event will also include a craft and concessions. Those who have reached out to Nielsen will send in photos of loved ones who have died by suicide, along with their years of birth and death, to be displayed at the event. There are more decisions to be made about the day, as the committee is still in the planning process, Nielsen said.

The route will begin at 10 a.m. Sept. 7 at Trinity Lutheran Church.

“If I can touch one person’s life, if I can make a difference, it’s all worth it, you know?” Nielsen said.

Those who would like to participate in planning the walk can contact Darcy Nielsen at 507-402-7886 or nielsendarcy55@gmail.com.

8 – Where suicide ranks in the leading causes of death in Minnesota as of 2016, according to the American Foundation for Suicide Prevention. It ranks 10th in the whole country.

$5,000 – The goal for amount raised at the first Out of the Darkness suicide prevention and awareness walk hosted in Albert Lea on Sept. 7