A farce made up of ‘great team effort’ 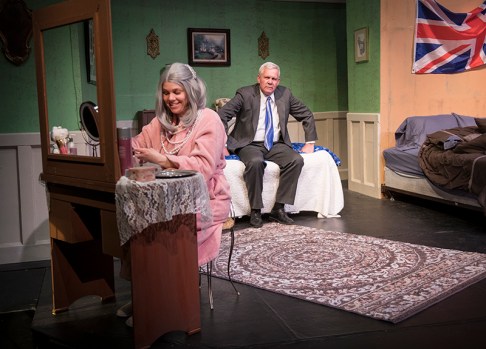 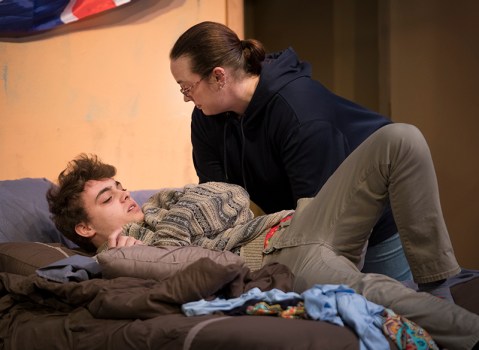 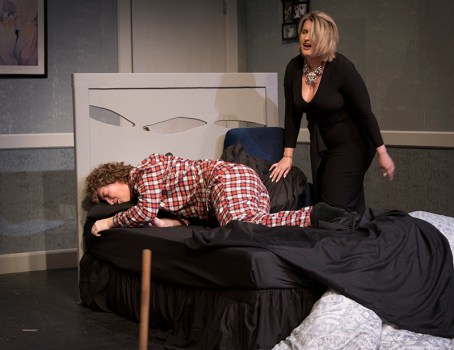 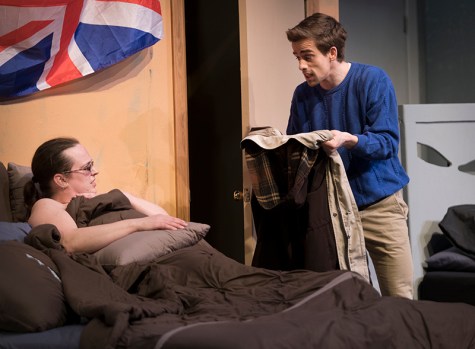 When it is lights out, Mark Place has to pretend he is not there.

It is the way they have chosen to distinguish the three different bedrooms fit onto the Marion Ross Performing Arts Center stage for Albert Lea Community Theatre’s production of “Bedroom Farce.” When the focus is on another bedroom, Place will have to sit there, in bed, in the dark, still.

“The audience will have to accept that there are three different bedrooms a long way away and that I can’t hear what’s going on a foot and a half away from me,” Place said. “… It’s interesting, I always talk about the fourth wall. We have a fifth one.”

According to director Kris Bartley, “Bedroom Farce” distinguishes itself somewhat from other farces. A farce is known for relying heavily on physical comedy, misidentification and a fast pace.

Most of that is due to the script, which focuses more on relationship dynamics and communication as “Bedroom Farce” follows three couples through the throes of relational dysfunction over the course of one night.

But some of that is due to the set, which does not allow for much movement because of how confined it is.

“I think our set builder said it’s a 36-foot play for a 30-foot stage,” Bartley said. “…So that makes it difficult for blocking to move people and make it funny. When you’re trying to add physical comedy, you need a little bit of room.”

Case in point: One actor is in bed for the entire show.

“Easiest blocking I’ve ever done, but you have to keep him interesting,” Bartley said.

To add to the plausibility of the show, Bartley also took it back a few years. She said she chose the 1990s because cell phones were not as prevalent. In the show, landlines tie the couples to the bedrooms and therefore help advance the plot.

For actors Place, who plays Ernest, and Christy Compton, who plays Kate, preparation for the show also included landing a plausible British accent while retaining understandability.

Compton, too, has been focusing on finding the right reactions to her character’s husband. While Compton wants to laugh, Kate, who has been married to the “goofball” for years, might be annoyed.

“How would his wife actually react?” Compton said.

According to Bartley, getting the humorous moments right has involved asking her actors to experiment. If she laughs, it stays, she said.

“It’s been a great team effort all over,” Compton said.