A heartbreaker of a loss 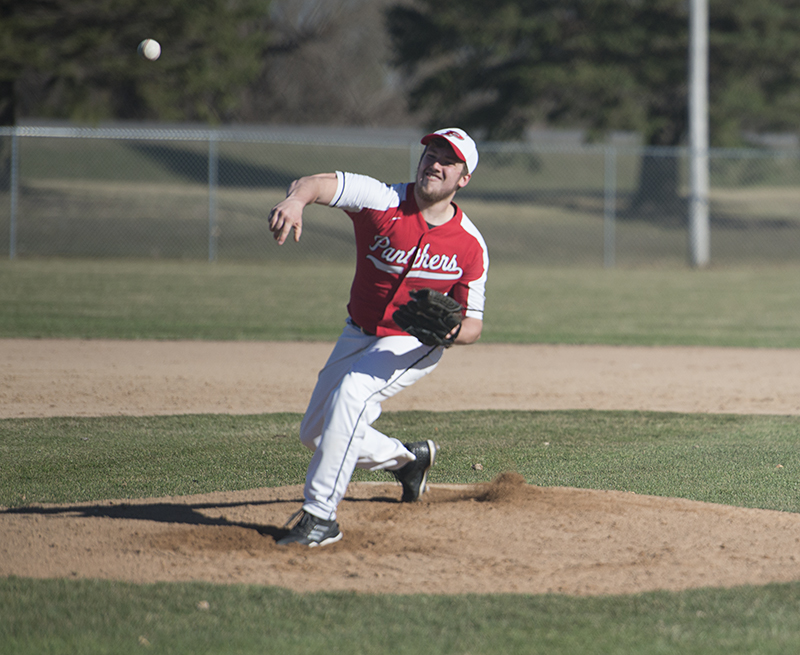 NEW RICHLAND — The NRHEG baseball team hosted Waterville-Elysian-Morristown in its second game of a two-game home stand to begin the season.

The Panthers used a seven-run seventh inning to pull themselves back into the game, but the comeback ultimately fell short as the Buccaneers held on to win the game 13-12.

WEM started the game at the plate and wasted no time putting the first run on the board. After a single to start the game, two outs were recorded before the runner came across the plate on a two-out RBI single.

Senior Sawyer VanMaldeghem led off for the Panthers and reached base on an error.  Sophomore Nick Staloch got him to third with a double, before junior Jake Tasker hit VanMaldeghem in with an RBI single.

Senior Spencer Tufte hit into a groundout, but it was enough to bring in another run and give the Panthers a one-run lead. Sophomore Kordell Schlaak added a run of his own with a two-out single to bring the score to 3-1 at the end of the first.

The Buccaneers took the lead right back in the second inning four runs after two walks and an error loaded the bases. The Panthers got two players on base in the bottom of the inning, but were unable to push them across.

The third inning was quiet for both teams, as each saw their first three batters of the inning sat down. 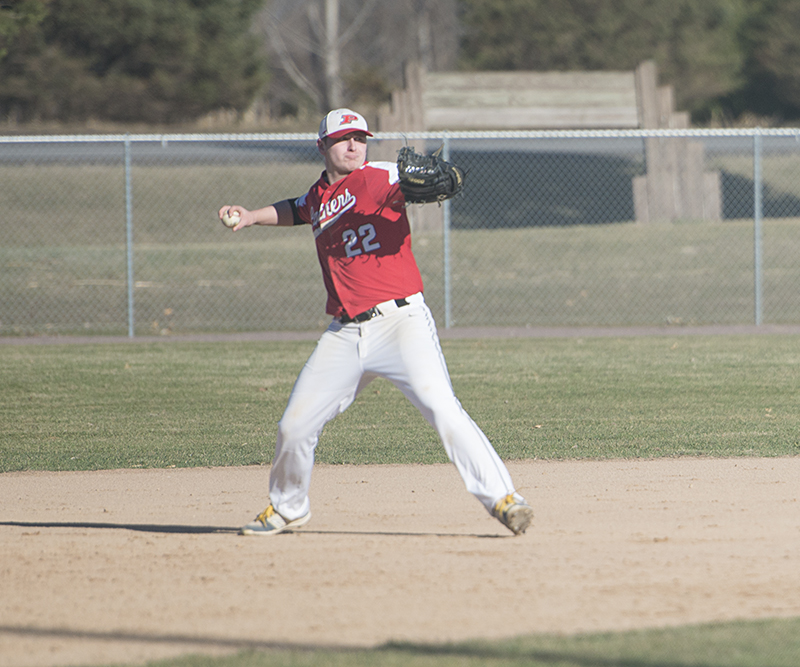 NRHEG junior Jake Tasker makes the throw from third base Monday night in the loss to Waterville-Elysian-Morristown. Tasker was 3-4 from the plate with three RBIs. – Tyler Julson/Albert Lea Tribune

WEM added to its lead in the fourth inning with a two-out RBI single after a ground rule double landed a runner at second base. NRHEG trimmed the lead to just one in the bottom half of the inning. A throwing error scored one run and a double by Tasker knocked in another run with an RBI double.

It was another uneventful inning for both squads in the fifth, as the Panthers put just one runner aboard, but couldn’t find a way to bring him in.

The Panthers put two runners on base in the sixth after a double from Staloch and a walk from Tasker, however, a popout ended the inning with the score still at 6-5 in favor of the Buccaneers.

WEM went to work in the seventh inning, adding seven runs to its total and seemingly putting the game well out of reach for NRHEG. However, NRHEG wasn’t ready to give up just yet. Junior Addison Deyle got on base with a leadoff single and was soon hit in by senior Graham Kyllo. Sophomore Evan Reyna brought in a run with a single and VanMaldeghem crushed a triple that brought the score to 13-8.

The Panthers then rattled off four straight hits, including RBI singles from Staloch, Deyle and Schlaak, and an RBI double from Tasker. The gap was narrowed to one run before the Buccaneers put it away with one last strikeout to end the game.

The Panthers fall to 0-2 on the season and will be back on the diamond Tuesday when they travel to Wells to take on the United South Central Rebels. 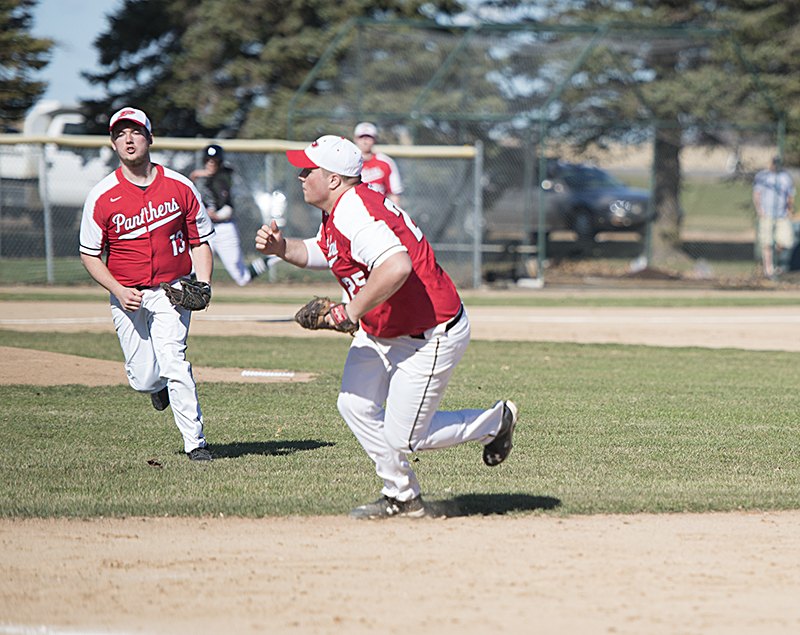 NRHEG senior Quinten Arndt races to make the out at first base Monday night against Waterville-Elysian-Morristown. – Tyler Julson/Albert Lea Tribune