A visit to Pooh corner 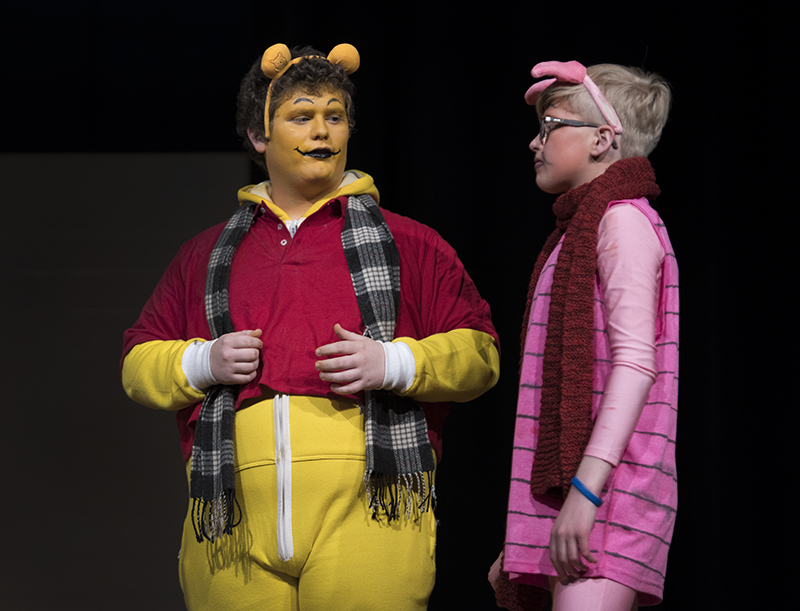 Normally the home of the Tigers, Albert Lea High School will temporarily be the home of one silly old bear this week as high schoolers bring Winnie the Pooh to stage.

Albert Lea High School English teacher and play director Andrew Anderson said the plot for “The House at Pooh Corner” pulls moments from the book of the same name, written as vignettes, to make a singular plot that focuses around Christopher Robin, who is being sent away to education — and none of them know quite what that means.

“I really wanted to do children’s theater this year,” Anderson said.

He read several scripts, but his students became enthusiastic about Winnie the Pooh, he said.

“Disney does well in just about any kind of theater venue,” Anderson said.

But working on children’s theater is different than what the students have done in the past with Anderson, especially compared to a more adult-themed comedy and Agatha Christie as in recent years.

The plot lines are not as monumental, Anderson said — something for students to adjust to.

Instead, “they’ve gotten much more into the characterizations,” he said.

Tenth grader Connor Ravlin said he has been working to perfect his performance of Pooh. 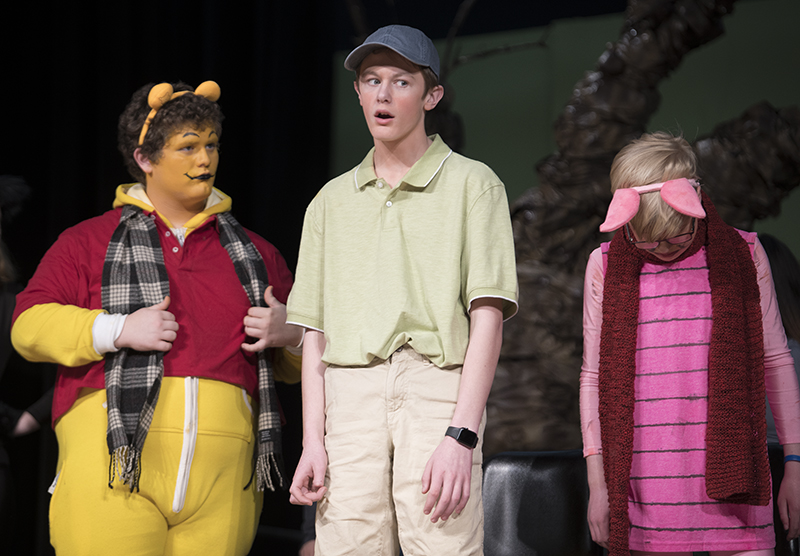 “The real issue has been getting the voice down,” he said. It is slower and higher pitched.

He has been watching the cartoon to refamiliarize himself with it (“and plus, nostalgia,” he said).

Children’s theater also means the actors need to work on bigger voices, distinct pronunciations, slowing down and adding inflection — all in all, they are making their performances more cartoonish, Anderson said.

The show includes 11 actors with speaking roles and three nonspeaking roles. The cast itself is younger than in previous years, Anderson said, based on who came to auditions and fit the roles.

The play also tries to capture the essence of the well-known Winnie the Pooh.

The costumes, too, are a nod to what people are familiar with: the red half-shirt for Pooh and stripes for Piglet.

“I tried to make everyone as animalistic as possible,” Anderson said.

The set itself encompasses Pooh’s Corner, including homes for its characters.

And the whole production is aimed toward a family-oriented vibe, he said. Alexander Merritt, the senior who plays Eeyore, said he hopes the audience finds the performance amusing and entertaining.

“It won’t be tedious for kids to sit through the entire thing,” Anderson said. 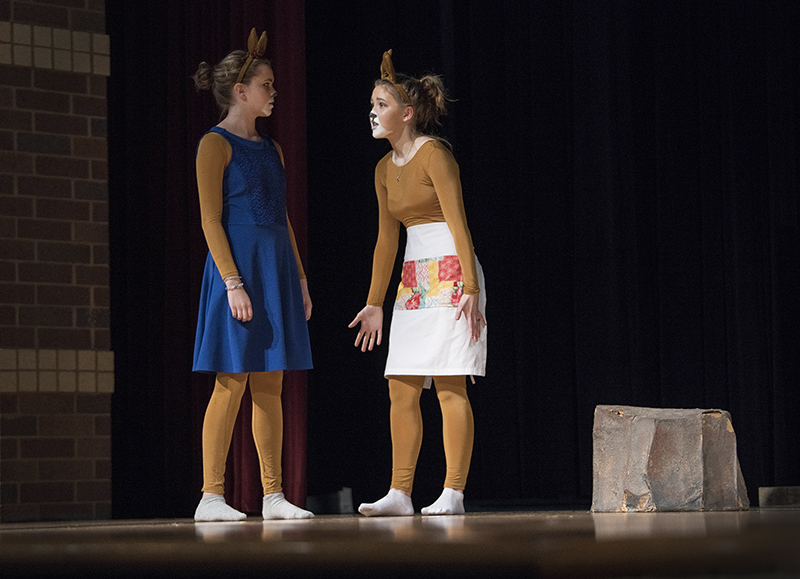 Kathryn Passingham, right, as Kanga and Ava Cunningham as Roo rehearse a scene from “The House on Pooh Corner.” – Colleen Harrison/Albert Lea Tribune

What: “The House at Pooh Corner” 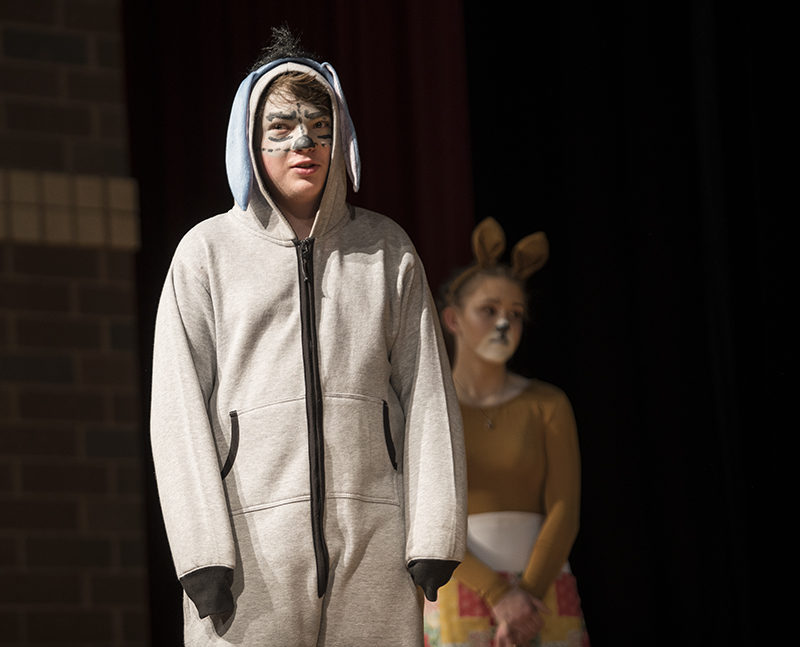 The role of Eeyore in Albert Lea High School’s production of “The House on Pooh Corner” will be played by Alexander Merritt. – Colleen Harrison/Albert Lea Tribune