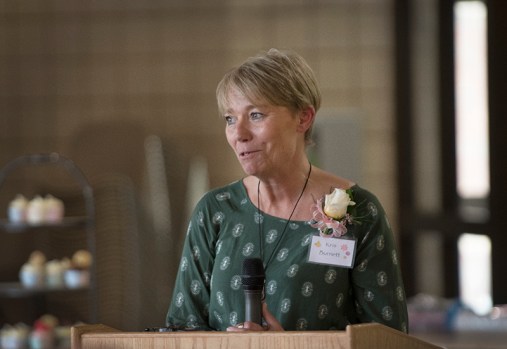 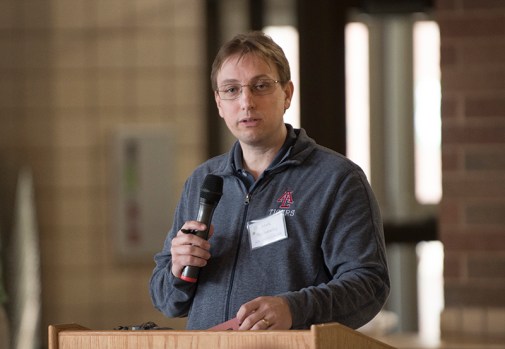 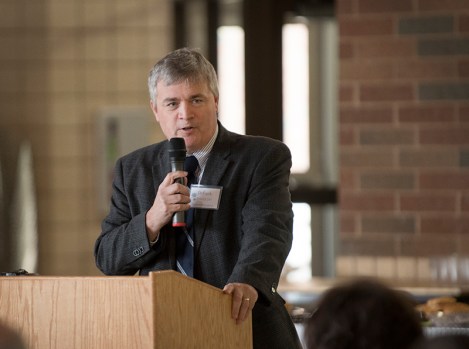 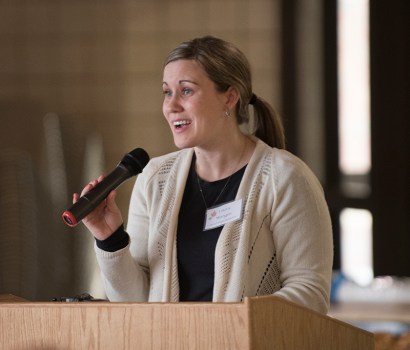 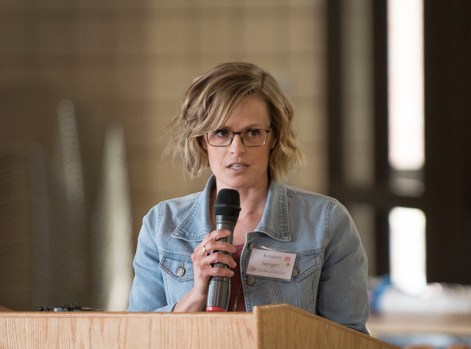 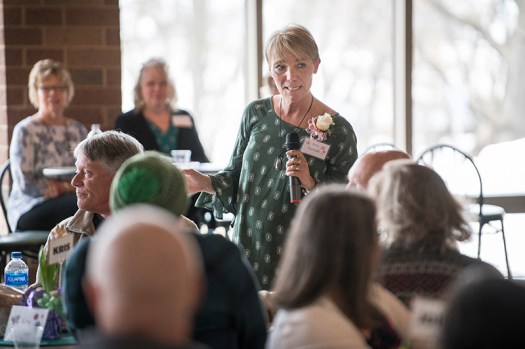 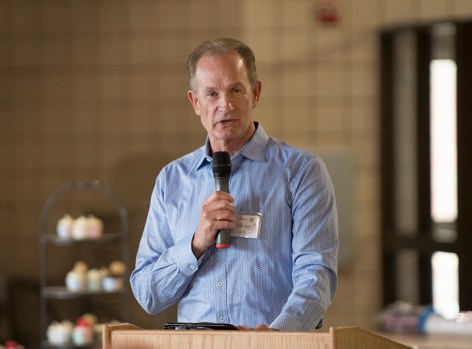 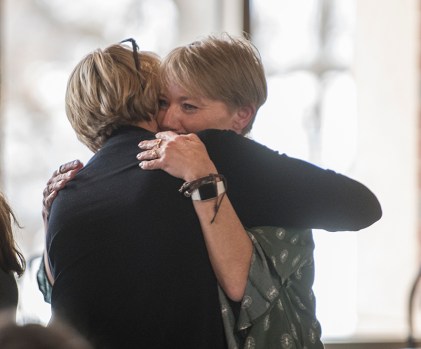 Educator recognized for her ‘heart and soul’ for teaching

Albert Lea Area Schools Wednesday recognized what its school board chairman called the “heart and soul” of the district: its teachers. Out of six finalists, Hawthorne Elementary School kindergarten teacher Kris Burnett was named the 2019 Teacher of the Year.

“This is such a humbling honor,” Burnett said during the ceremony.

Burnett has taught kindergarten for 23 years, before which she held other roles related to education in the Albert Lea area, including substituting. She loved school growing up, and now she enjoys coming up with new ideas to help her students master skills.

Her grandmother, great-aunt and aunt were all teachers, and her mother was a paraeducator, she said. Now, her daughters are teachers, too. Daughter Lexie Stallkamp, who teaches fifth grade in Austin, attended the ceremony.

She said she knows Burnett has inspired many people in her years teaching, and she counts herself as one of those people.

“She was my inspiration to become a teacher myself,” she said.

Burnett has a positive attitude as a teacher and a way with children, Stallkamp said, and the belief that the more educated you become, the more you grow.

“It’s unbelievable, but believable at the same time,” Stallkamp said of her mother’s recognition.

“She’s the kindest, most patient, caring person,” Christensen said. “Every one of those students are like her kids.”

School board member and Teacher of the Year committee member Kim Nelson said each of the six finalists was nominated with stories of how they went above and beyond “the 7:30 to 3:30” to build relationships.

“Thank you for caring for our students,” school board Chairman Ken Petersen said during the ceremony. “I appreciate your passion and commitment and believing in students before they believe in themselves.”

Kristen Seeger, 2018 Teacher of the Year and media specialist for Lakeview and Sibley elementary schools, congratulated the finalists and reflected on the teachers and mentors who inspired her. Among the teachers she admires, Seeger said they all had one thing in common: they were not very good at saying no.

Seeger cited author John Block’s book, “The Answer to How is Yes: Acting on What Matters,” as why she believes this is true of passionate teachers.

“I realized that this is why so many of our dedicated teachers feel burned out in this profession,” Seeger said. “They aren’t asking how. They’re continuously responding with yes and then working to figure out how to make great things happen in their classrooms and schools. They may be exhausted, but their passion for teaching and willingness to say yes is the fuel that keeps them going, and for that we are all grateful.”

Southwest Middle School English teacher and Albert Lea Education Association secretary Laura Wangen recognized not only educators, but also National Find a Rainbow Day, which was also Wednesday. She thanked educators for being recognized as someone’s rainbow in a school setting.

“It should be no surprise that you are being honored for this award,” she said. “Continue to always shine.”

Hawthorne Principal John Mahal said Burnett’s recognition is also an honor for the kindergarten team and Hawthorne itself. He said he is proud of what Burnett does every day.

“It’s a lot of fun to get to see her as excited and, as she kind of mentioned, as humbled as she was … just to see that joy was really fun as an educator, because you could see it means a lot,” Mahal said.

“This is just a community in Albert Lea that is wonderful to work in,” Burnett said. “I can’t imagine doing anything less with my life or having any better people to work with.”