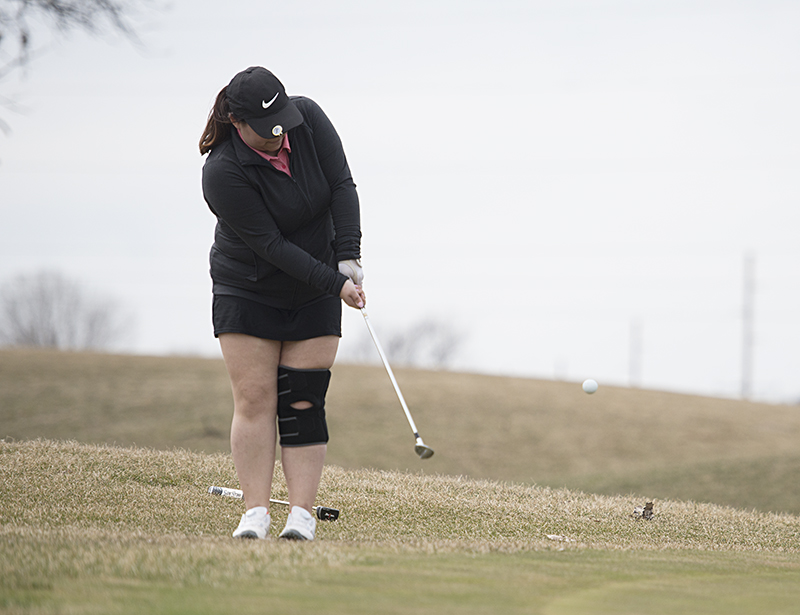 Albert Lea senior Charley Fleek hits a chip shot Tuesday afternoon on hole No. 3 at Wedgewood Cove Golf Course. Fleek was able to tap in for par on the hole. Her score for the meet was 91, Albert Lea’s lowest score. - Tyler Julson/Albert Lea Tribune

The young Tigers were overmatched against a veteran Raiders lineup, falling 336-410.

Leading the Tigers in scoring was senior Charley Fleek, who shot 45 on the front nine and 46 on the back nine to enter the clubhouse with a 91.

Rounding out the scoring four for Albert Lea were junior Mackenzie Herr and sophomore Grace Nelson, who finished with scores of  107 (53-54) and 108 (51-57), respectively. 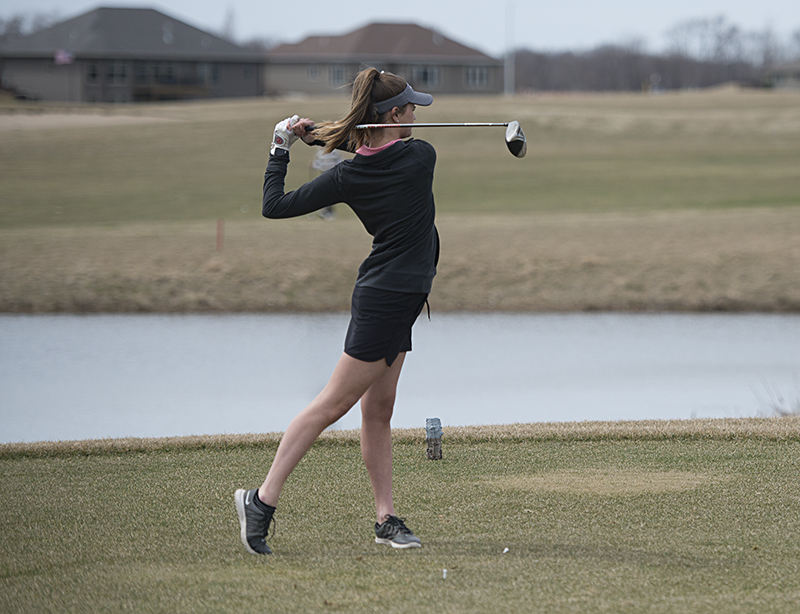 Albert Lea sophomore Grace Nelson watches her tee shot on hole No. 1 Tuesday afternoon. Nelson shot a 108 for the team in the 336-410 loss to Northfield. – Tyler Julson/Albert Lea Tribune

Top scorer for the Raiders was Molly Stevens, who won the meet with a final score of 72 (35-37). Three other Raiders finished with scores in the 80s, and one with a 96.

Albert Lea head coach Shawn Riebe was pleased with how his team came out and played.

“It was good to see the girls start settling into a routine,” Riebe said. “The nerves were down a bit and it showed with us cutting 68 strokes from our last meet. The girls just need some time to get out.

“We just have some small things to work on and then some time to practice them.  We need to put some emphasis on our short games.  That is a place we can cut quite a few strokes with what we have seen so far. Hopefully this weather holds and we can get some driving range time and short game work to keep moving in the right direction.”

The Tigers will be back on the course Tuesday when they travel to Owatonna to take on the Huskies.