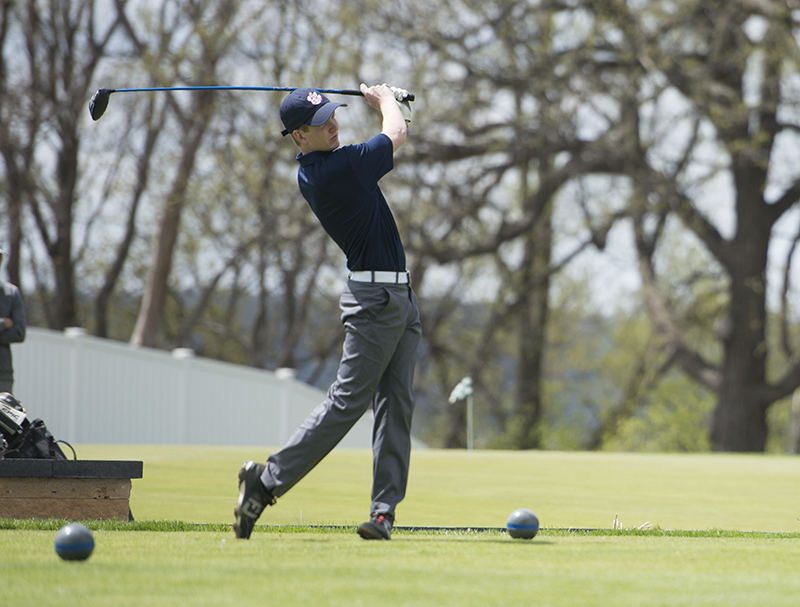 Albert Lea junior Logan Howe tees off on hole No. 1 at Mankato Country Club Monday for the Big Nine Conference meet. Howe scored a 99 on the par 71 course, good for 55th place out of the 70 golfers. - Tyler Julson/Albert Lea Tribune

The Tigers finished seventh as a team with a score of 362. The Scarlets of Mankato West ran away with the tournament victory, scoring 315 — 20 strokes better than the second-place Rochester Mayo Spartans.

Albert Lea junior Danny Chalmers and freshman Tucker McKinney led the way for the team in scoring, each finishing with rounds of 88 — both shooting a 41 on the front and 47 on the back. The score earned them a 23rd-place finish in the 70-golfer field.

Rounding out the scoring for the Tigers were eighth-grader Drew Teeter and junior Campbell Cichosz, who each had scores of 93. Teeter shot a 42 on the front and a 51 on the back, while Cichos shot a 50 on the front and 43 on the back. The duo tied for 39th overall. 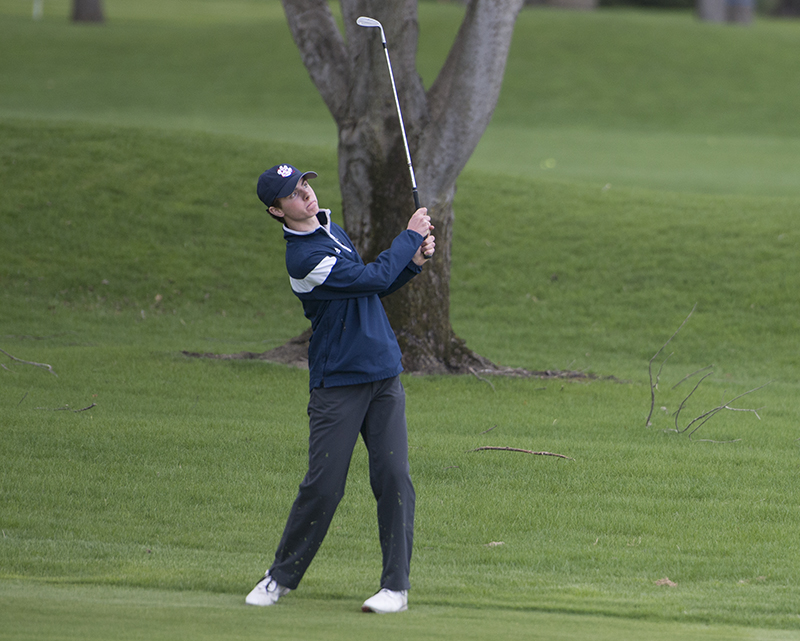 Albert Lea junior Danny Chalmers hits a shot on the 18th Monday at Mankato Country Club. Chalmers carded a round of 88 and finished in 23rd place. – Tyler Julson/Albert Lea Tribune

Winning the tournament was Red Wing senior Cecil Belisle with a score of 74.

“Campbell played well today,” said Albert Lea head coach Max Jeffrey. “It was his first varsity match. We started on the back nine and he shot 43. He’s going to break 90 this year. That’s his goal. He’s close.”

“We need to continue to work on our short around and on the greens. We can improve our scores there.”

The Tigers will be back in action Monday when they host the Falcons of Faribault at Green Lea Golf Course.