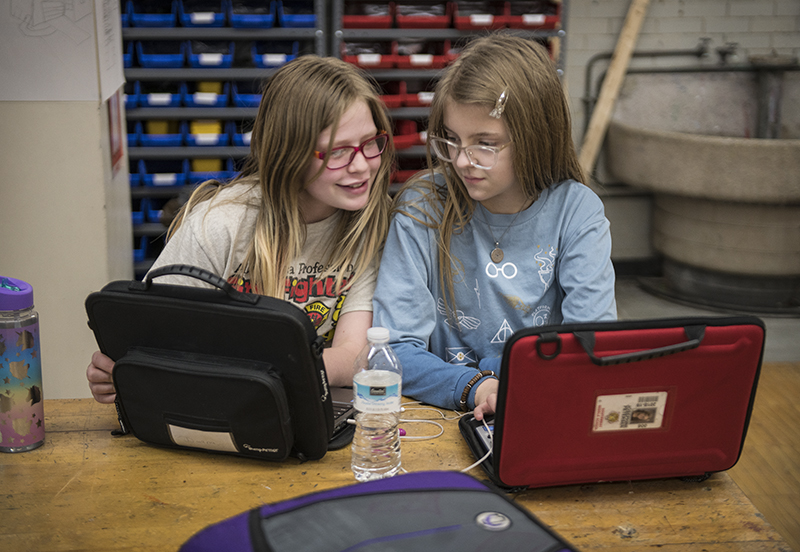 CybHer Tigers is an all-female club and branch of Girls Who Code, an organization that aims to close the gender gap in technology. - Colleen Harrison/Albert Lea Tribune

After school on Tuesday, sixth grader Josephine Petersen sits on a classroom stool in the lower level of Southwest Middle School. She types a few lines on her Chromebook before her cursor pauses. She moves to a new tab, then Googles for comedy books.

Petersen, along with seven other middle schoolers, is busy building an app. But the club they are part of has one catch: No boys allowed.

This is the first year of CybHer Tigers, an all-female club and branch of Girls Who Code, an organization that aims to close the gender gap in technology.

The only male in the room during club time is STEM teacher and technology integration coach Burke Egner, who instigated the club after seeing how few girls participated in his STEM elective courses and the robotics club at Southwest, which was also new this year. Of the 40 students involved in the robotics club, the Southwest Cyberians, five of them were girls.

“I wanted to come up with something that would give girls an opportunity to get exposed to technology and STEM-related careers,” Egner said. 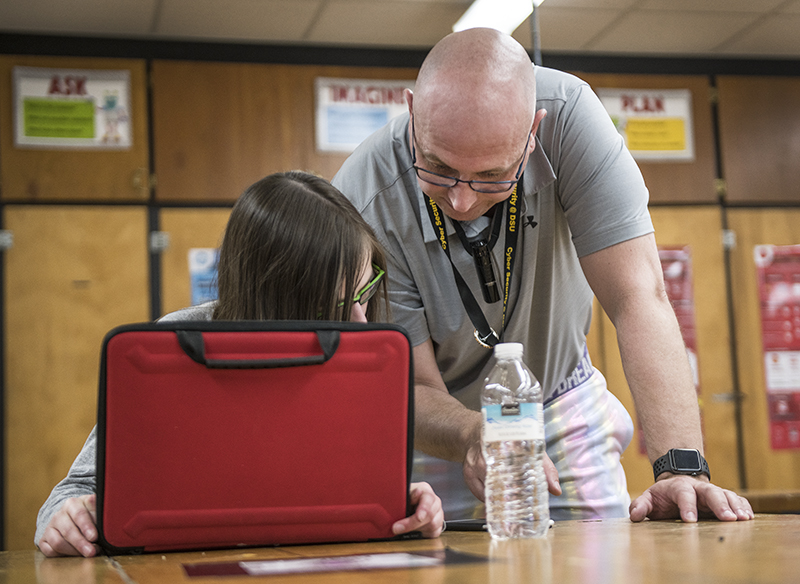 He spoke with the girls who were involved in the robotics club or his coding class.

“They expressed that sometimes, they feel uncomfortable because when they work on projects or they work in teams with boys, the boys can sometimes be domineering and make it difficult,” Egner said.

That is what CybHer Tiger and seventh grader Maura McParland noticed in the coding and robotics courses she took this year.

“The boys tend to take over,” she said.

She likes the all-girls club — and the work they do in it.

The CybHer Tigers are several months into creating FINDit, an app that uses quizzes to recommend book, music and movie genres. This is what Petersen is researching for. The club members selected their own goal at the start of the club, Egner said.

“My job is to remove the roadblocks with the programming and the coding,” Egner said. “The rest of the club, they run.”

The students are building their app through Thunkable, a drag-and-drop app builder. Their goal, by the end of the school year, is to have a public project for download at Thunkable.com. Those who want to use the app can find it on the website and request a download link to install the app on an iOS or Android device.

To sixth grader and CybHer Tiger Hailey Deming, the app should be simple, intuitive to use and return accurate results for quiz-takers. Basically, she said, she wants it to be a good app.

The process has been a learning experience not just for students, but for Egner as well.

“This is the first time that I’ve done any kind of app development,” he said.

While he tries to stay one step ahead, Egner said he is often learning alongside his students.

And though he knows it is the club’s first year, Egner is not satisfied with the turnout. He hopes word is starting to spread about what the club is. Girls who would like to check the club out can join anytime, he said.

Eight girls is not enough. 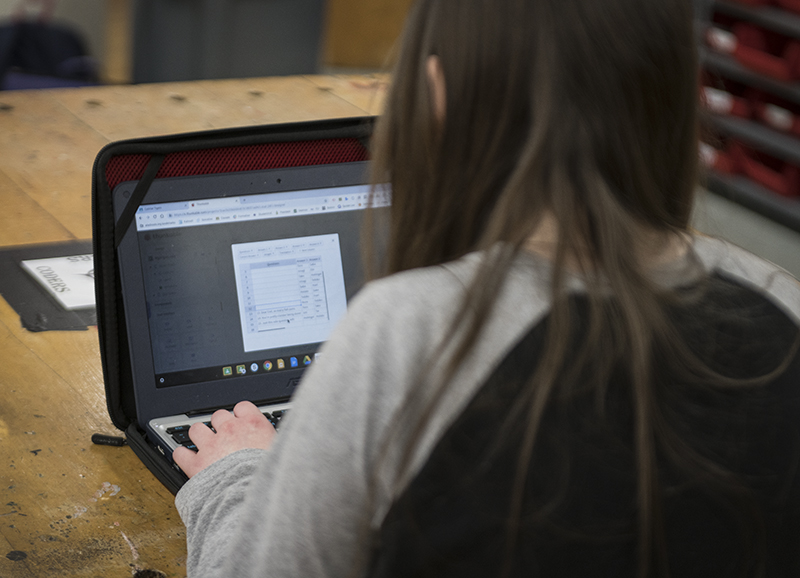 It could be a first step toward getting more girls involved in STEM elective classes and in coding by providing a workspace free of gender stereotypes, Egner said.

Girls Who Code also provides resources for the girls in the form of videos that introduce the CybHer Tigers to women who are coding as well as projects other female coders are working on around the country. This is one thing Egner can not be for his students.

“That’s one of the things I’m up against is I’m a male teacher teaching a girls’ coding club,” Egner said.

Deming knows it is a male-heavy field.

“There aren’t as many girls out there that code and … do computer science,” Deming said.

But an all-girls club may do something about that, she said.

“There could be some super big businesses and things like that someday with girls coding and computer science and robots and all that,” she said.

Deming plans to take Egner’s automation robotics course next year. She likes computer science and working with wires. She wants to keep exploring.

“So far, I think it will be something that I’ll be interested in almost forever, because I really like things like this,” Deming said. “It just, it gives me something to do, too.”

This is what Egner hopes for.

“My hope is that it will instill a passion in technology-related career fields and that these girls will continue on and become leaders in the tech industry,” Egner said. “… If I could have even half of them continue on and say, ‘Technology careers are for me and I want to stay in it,’ that would be a success.” 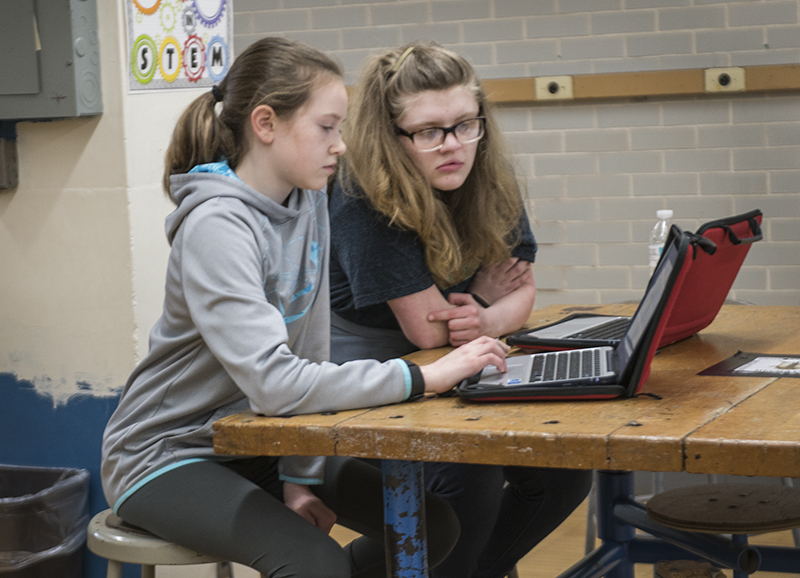 CybHer Tigers is an all-female club and branch of Girls Who Code, an organization that aims to close the gender gap in technology. – Colleen Harrison/Albert Lea Tribune