An Austin man accused of aggravated robbery in June 2018 was acquitted by a jury last week in Freeborn County District Court. 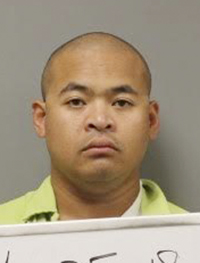 Tony Viramonh, 31, was acquitted of one count of first-degree aggravated robbery and one count of being an ineligible person in possession of a firearm after a 2 1/2-day trial.

The jury deliberated for a little over an hour, said Freeborn County Attorney David Walker.

Viramonh and Joshua James Allen, 31, were accused of robbing a man they knew June 24 on Second Street in Albert Lea.

According to court documents, the victim told an officer Allen grabbed him around the throat and pushed him into a wall before Viramonh pointed a 9mm handgun at his head.

Allen reportedly took $200 from the victim’s pockets, released him and pulled out a handgun. The two men reportedly pistol-whipped the victim in the head and chest, ordering him to put his TV in Allen’s vehicle.

A chase followed the robbery, reaching speeds of 100 mph on Southeast Broadway Avenue and lasting more than 20 minutes and nearly 30 miles.

Allen in September was convicted of first-degree aggravated robbery after a three-day jury trial on the same charges. He pleaded guilty to fleeing a police officer in a motor vehicle before the trial started and was acquitted of a charge of ineligible person in possession of a firearm.

Allen, who remains in custody pending sentencing, previously motioned for a new trial.

He will appear in court at 1 p.m. Thursday on the motion.