Company donates to the Salvation Army 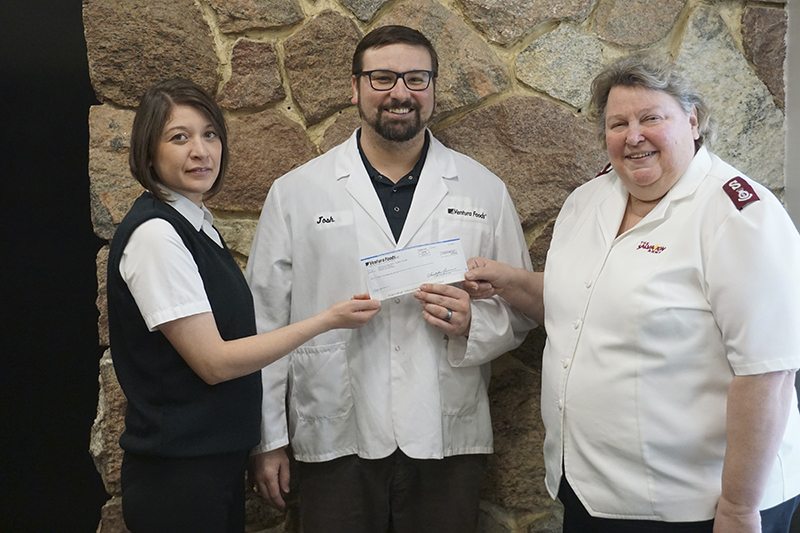 Ventura Foods participated and gathered food donations to support a food drive hosted March 16 by one of the company’s employees, Scott Kallberg.

According to a press release, Kallberg plays in his band every year at a fundraiser for the Salvation Army food shelf at the Eagles Club in Albert Lea, where there are burger baskets sold and food and money donations are collected to give locally. The Salvation Army supports people in Freeborn County, where many of the company’s employees work and live.

Ventura Foods gave out a prize to the person who brought in the most pounds of food, and the winner was Julie Heavner. Ventura Foods also made a donation to the Salvation Army in support of the food drive and in alignment with the company’s giving mission, dedicated to hunger prevention in area communities.

Overall as a company, the food drive brought in 344 pounds of food and a donation of $1,000 to put toward Kallberg’s event. After the event, there was $1,247 and 644 pounds of food donated to the Salvation Army.

March tends to be a big month for the Salvation Army to receive donations, because the more donations it receives, the more it gets back from a Food Share program provided by the state of Minnesota, the release states.