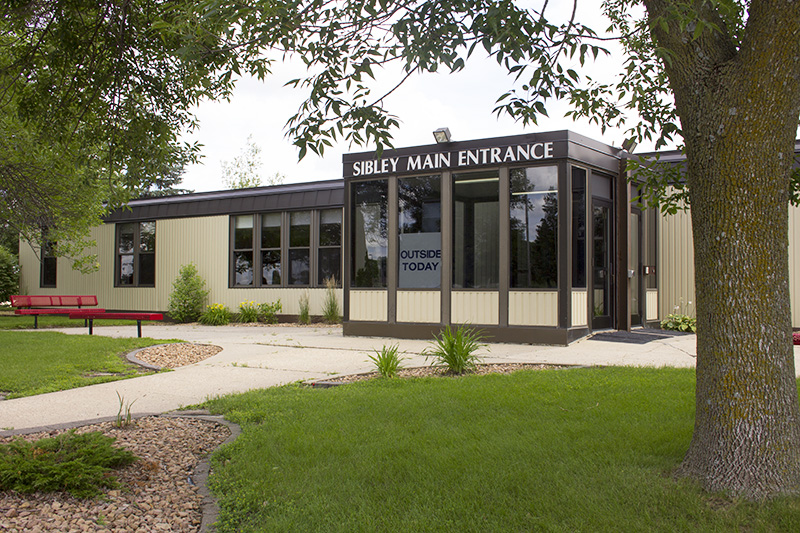 Sibley Elementary School has the highest student population of all the elementary schools in the district. - Tribune file photo

A high student population at one elementary school in town had school administration and the school board examining options to cut down on crowding.

As of Monday, Sibley Elementary School had 431 students enrolled, Niebuhr said. Hawthorne had 419, Halverson 330 and Lakeview 339.

Executive Director of Teaching and Learning Mary Jo Dorman said she had crowding concerns expressed from the Sibley art teacher, who teaches in different areas and brings her materials to that area on a cart, and principal Diane Schultz. For staff retention reasons, Dorman said the district needs to provide staff with the best opportunities to do their jobs for students.

It is also a conversation on equity in the district, Superintendent Mike Funk said.

“I think we want our kids to have similar opportunities in the buildings, and I don’t think that we’re set up for that right now,” he said.

According to Funk, 50 children is the tentative number of students whom the district would need to adjust to relieve pressure on Sibley Elementary School.

One option Niebuhr and Dorman presented was to designate new open-enrolled students to buildings with capacity rather than the most adjacent school. Funk said when students requested to open enroll, they would be told what school they would attend.

“And right now, looking at the numbers, that school would be Lakeview,” Funk said.

He noted this would not apply to students who are already open-enrolled in the district.

Additionally, the district could begin address verification, Niebuhr said, which would ask parents to bring in a utility bill to confirm their student is actually a resident of that school’s boundary zone. So far, the district has parents complete documentation and they are not required to show proof of address. But in a recent analysis of the addresses presented, Niebuhr said they found addresses that did not exist or were business addresses.

Finally, the school board considered what it might look like to make boundary adjustments between Sibley and Lakeview elementaries, in particular where families are crossing major highways to get to school, Niebuhr said.

The boundary adjustments could be phased in, asking kindergarten through third-graders to move to the school in their new boundary, while fourth- and fifth-graders would finish out their time in the building. Families with children for whom this would split them between schools could decide whether they wanted both children to move schools or only their younger one, Funk said.

School board members Jill Marin and Dennis Dieser both expressed support for address verification and assigning open-enrolled students to a facility with space.

Beginning by editing the open-enrollment building assignments is a start, Funk said.

“But I think it’s going to take more than that to do some things here,” he said.

The school board did not make a decision on how to address Sibley’s student population numbers. Niebuhr said the administration would begin evaluating how the school enrollment boundaries for elementary schools could be modified and looking at open enrollment numbers for next year and bring as many options as possible to the school board at its next meeting.

“We’ve really tried, I think, to do what’s best for all our kids and families,” she said.

School board member Angie Hanson also expressed support for the open enrollment school assignment option. She said she would want to make sure any address verification would not add pressure to split families if a student really does have two home addresses.

School board chairman Ken Petersen, Funk and Marin all said changes would need to come with adequate communication with the community on the reasoning and solutions.

“What I can tell you is I think we are cognizant of the fact that this impacts families,” Funk said.

Petersen also reported on the outcome of the more than three-hour-long closed session at the March 18 school board meeting.

The board reviewed feedback from those who directly report to the superintendent, Petersen said. The school board concluded Funk’s strengths include development, support of the administrative team, financial leadership of the district, increasing opportunities for students and strategic planning. His “opportunities for growth” included communication and professional actions.

“The board will assist the superintendent in this regard,” Petersen said.

• Technology integration coaches from the district elementary and middle schools shared what their respective coding and robotics clubs were working on. Southwest Middle School teacher and robotics coach Burke Egner brought sixth-grader Hailey Deming from the school’s eight-member CybHer club, a girls-only coding club at the middle school. The club members are developing an app with recommendations on books, movies and community activities to be released at the end of its 15-week duration.