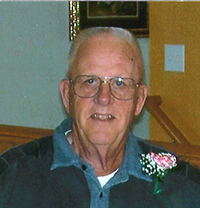 A funeral service will be at 11 a.m. Friday at Good Shepherd Lutheran Church in Wells. The Rev. Mary Iverson will officiate. Visitation will be one hour prior to the service at the church Friday. Military honors will be accorded by the Bricelyn American Legion. Interment will be in Bricelyn Lutheran Cemetery. Bruss-Heitner Funeral Home in Wells is assisting the family. To leave an online condolence, visit www.brussheitner.com.

Dale was born Nov. 12, 1930, the son of Joseph and Julia (Gilbertson) Thompson. He was baptized and confirmed at Bricelyn Lutheran Church and was a graduate of Bricelyn High School.

He served in the U.S. Army from 1951 to 1953. Dale was an independent trucker for several years before working for the city of Bricelyn for 10 years. In 1977, he began working for the state of Minnesota Department of Transportation, retiring in 1995.

Dale was united in marriage to Marjorie Hove on Oct. 18, 1962, at The Little Brown Church in Iowa. They continued living in Bricelyn, caring for Dale’s mother until her death in 1974. In 1978, they moved to Wells. Dale moved to Bancroft Estates in June 2017.

Dale enjoyed gardening and collecting antique toys. He and Marjorie enjoyed making lefsa during the fall season and spending winters at their home in Fiesta Village in Mission, Texas.

He is survived by many nieces and nephews and friends.