David Eugene Lyle, 78, of Austin passed away Tuesday morning, April 16, 2019, at St. Marys Hospital in Rochester following a short battle with incurable interstitial lung fibrosis.  His loving wife of 58 years was at his side as he entered his eternal home in heaven. 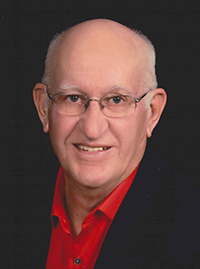 Dave was born April 23, 1940, in Austin to Bruce and Agatha Lyle of Oakland. He attended a country school near Oakland for eight years, then attended Austin High School and graduated in 1958.  He grew up on his family’s farm where he toiled alongside his father and two brothers doing crop farming and feeding beef cattle and hogs. He learned how to work hard and passed on to his three sons a great work ethic. Dave was very active in the 4-H program in Freeborn County and held several offices in his 4-H club and county. He loved showing cattle and was awarded a trip to National 4-H Club Congress in the beef project. He was also very involved in FFA through Austin High School and held local and district offices, and participated in many judging contests on the state level for both 4-H and FFA.

He attended Austin Community College for one year and then started farming with his father.  He took a break and served in the Minnesota National Guard, then married his neighbor, Lucretia Lightly, on Sept, 30, 1961, in Austin. Dave loved the soil and was a true farmer at heart.  He highly valued the fact that he was farming fourth-generation land and the family was given the Century Farm award. His favorite time of year was harvest and over the years he progressed from simple to high-tech harvest equipment. Harvest was usually done with his father and cousins. He also loved to plow, as turning the soil over brought him great pleasure in preparing the soil for spring planting.

Dave was very involved in his community as a 4-H volunteer leader and he and his wife, Lu, started the County 4-H Ambassador Leadership program and led this for many years. He was active with Mid America Dairy Association, Farm Bureau and Fairview Cemetery. He also served the Lord through his church in Austin as Sunday school superintendent, trustee and deacon and worked with the youth, along with his wife. He enjoyed mowing the church lawn and helping out in many areas. He was a member of First Baptist and Grace Baptist Church.

Dave was a loving father and taught his three sons many skills of farm work and worked alongside the boys in doing farm chores, milking cows, field work and working with their 4-H animals. When the family went through the farm crisis in the ’80s, he went to work at Hormel to provide for the family’s needs. He held jobs in the kill and then became a retort cooker. He was employed there for 20 years but still managed to farm his land, golf and was an avid sports fan. He especially loved watching his grandkids play various sports or perform in a concert.

He and his wife, Lu, took their sons camping for many years and had fun going places and doing things together.  Many years later, they enjoyed “Cousins Camp” with five of their grandkids. Dave and his wife, Lu, loved visiting Ireland and Scotland in celebration of their 50th anniversary. They enjoyed 55 years in their country home until they moved to the Village Co-op. in Austin, where Lu currently resides. Dave was a wonderful, caring husband, father and grandpa. He loved his family and was proud of who they were. He had a ready smile for everyone and loved to talk farming, but his priorities were his faith in Jesus, his family and friends. He will be missed by all who knew him.

Preceding him in death were his parents and son, Jeffrey Lyle.

A celebration of life will be at 2 p.m. June 1 at Grace Baptist Church in Austin. Interment will be in Fairview Cemetery in Oakland. Visitation will be at the church for one hour before the service.