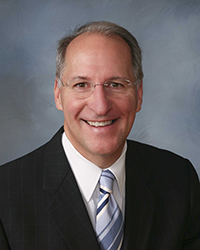 Gov. Tim Walz has unveiled his expansive and expensive budget. The impact is crystal clear: Minnesota businesses and all taxpayers would pay billions of dollars in additional taxes to support his budget that totals $90 billion for the next two years, up more than 8% over the existing biennium.

We share the goal of investing in the state’s future. But the governor’s budget proposal is simply unaffordable and will impose additional headwinds to investment by private-sector job-creators.

Employers will be asked to pay more than $2 billion to fund this spending — as much as the amount in the state’s rainy day fund.

What’s the alternative? A more competitive tax structure that lets employers invest in their companies, employees and communities. Targeted spending that brings a greater sense of value and accountability for public services and programs.

Of all the tax proposals in the governor’s budget, the gas tax has generated the most attention. Investing more in roads and bridges is indeed essential, but a 20-cent, or 70% increase would make Minnesota’s gas tax the fourth highest in the nation. With this change, we would be adding another tax to our top 10 list of taxes. We would be making one of the more competitive and affordable taxes we pay one of the highest. And, when combined with the other tax increases, the proposal is simply too large and expensive. Instead, we recommend diversifying our revenue streams by tapping transportation-related sales taxes.

If the governor’s budget is passed, we will all be on the hook for more than $8 billion in tax increases for the four-year budget cycle. Of that total, $2.8 billion falls directly on business taxpayers. Business taxes are ultimately passed along, resulting in lower wages and benefits for employees, higher costs for consumers and lower returns to shareholders.

The governor sounds the theme that we must invest in government to better the lives of Minnesotans. We believe a greater priority is to make sure the state provides an opportunity for growth and innovation through the private sector. The pathway toward economic prosperity requires a balanced approach with selective and strategic investments. Instead of growing government, we should remove government roadblocks to bring efficiencies to government services and work to help ensure affordability for all Minnesotans.

Doug Loon is president of the Minnesota Chamber of Commerce.