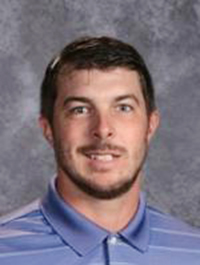 “I’m thrilled,” Paul Durbahn said via email. “My aspirations have always been to become an activities director and the position in Albert Lea is a perfect fit.”

“The committee, after the second round of interviewing the two semifinalists, felt that Paul was the best qualified person to meet the needs of the school district and the students,” Grossklaus said.

Durbahn has the ability to stay on as both the activities director and head varsity wrestling coach, Grossklaus said, though Durbahn said he did not wish to comment at the time due to contract negotiations.

“It’s his decision, and we support him in his decision to be both the activities director and the wrestling coach,” Grossklaus said.

Durbahn said it is a possibility for him to hold onto both roles, and the district will do what is best for student athletes in Albert Lea.

While he will always be an educator at heart, Durbahn said he feels he will have an impact on more students than in his previous position as a geometry teacher.

The school board will act on the recommendation May 20.

“I’m grateful for the opportunity and also by the support from the community during my interim role,” Durbahn said. “I’m excited to help develop a culture that will serve as a platform for future successes in our fine arts and athletics.”

“We’re just excited to have Paul in the position and look forward to the great things he’ll do,” Grossklaus said.