Funeral services for Kenneth L. Adams of Albert Lea will be at 1:30 p.m. Monday at Bonnerup Funeral Service in Albert Lea. The Rev. Don Malinsky will officiate. Interment will be in Hillcrest Cemetery. Military honors will be accorded by Albert Lea veterans organizations. Friends may visit with family one hour before services at the funeral home. Kenneth died Monday, April 15, 2019, at St. John’s Lutheran Community. He was 85. 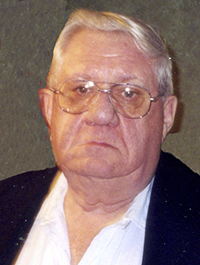 They made their home in Albert Lea and Kenneth was a truck driver for Holsum/Ventura Foods.

Kenneth found much enjoyment in fishing on a beautiful lake near Perham.

He was preceded in death by his parents; daughter, Marie Torgerson; great-grandsons Teagan and Jamie; sisters Shirley, Kathy, Dorothy and Carolyn; and two brothers in infancy.