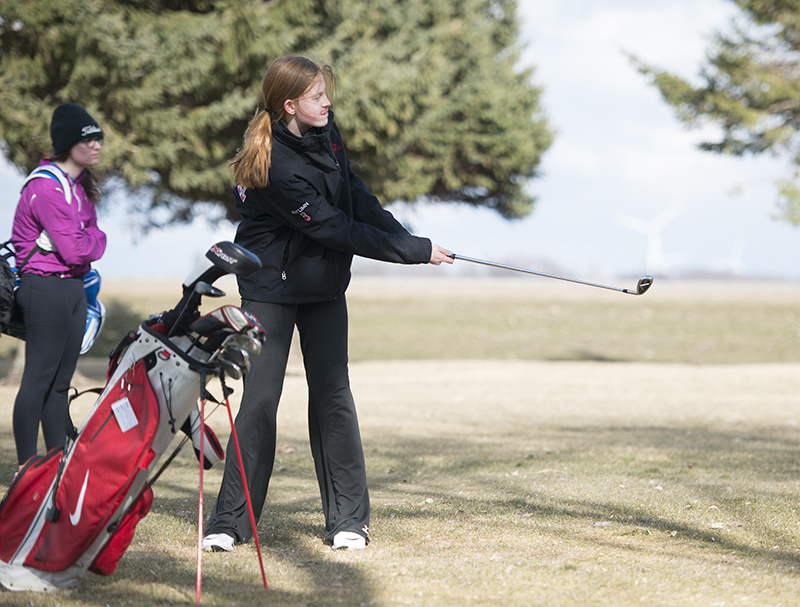 ALDEN — Despite the snow covering the ground in the morning, the Alden-Conger boys’ and girls’ golf teams started their season with a home meet Tuesday afternoon against Janesville-Waldorf-Pemberton.

Senior Ryan Hansen won the meet with a score of 41, five strokes ahead of the second-place finisher Logan Thell, of JWP. The other three scorers for the Knights were Erick Theusch, Austin Attig and Jack Redman with scores of 48, 50 and 51, respectively. 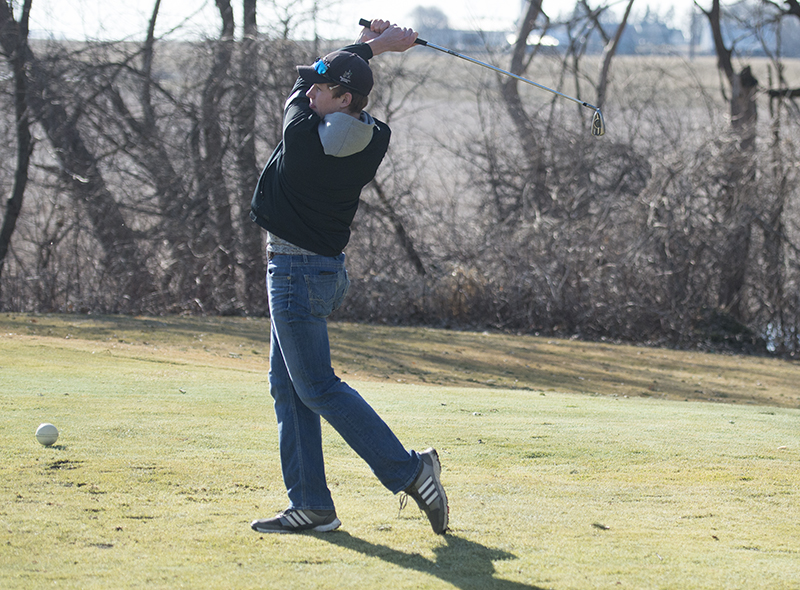 Alden-Conger senior Ryan Hansen hits his tee shot on the par-3 eighth Tuesday afternoon. Hansen shot a bogey on the hole and won the meet with a score of 41. – Tyler Julson/Albert Lea Tribune

All four of the Knights scorers placed higher than the second-place finisher for the Bulldogs, who completed the round with a score of 56. The Bulldogs rounded out their scoring with rounds of 57 and 60.

The boys start their season 1-0, while the girls fall to 0-1. Both will continue their seasons Friday with another home meet at Oak View Golf Course.