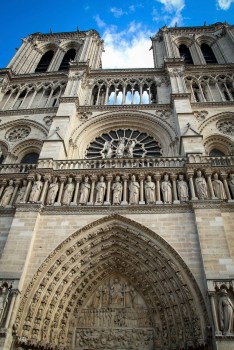 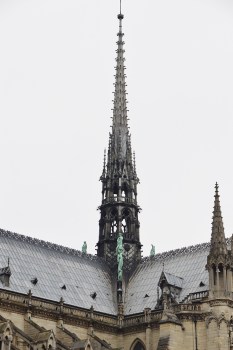 The spire on the top of Notre Dame was a total loss from the fire this week. - Photo courtesy Roger Panzer 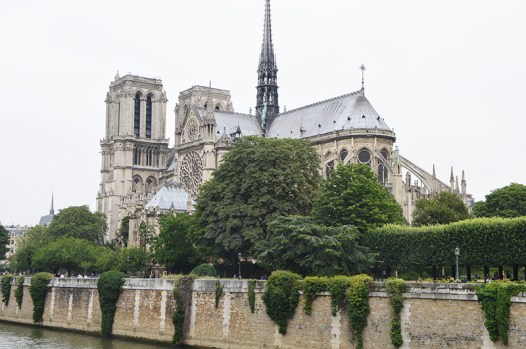 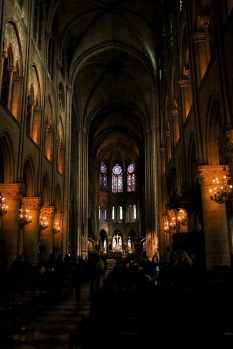 The cathedral is known for its architecture, as is visible here. - Photo courtesy Laura Mae Murtaugh 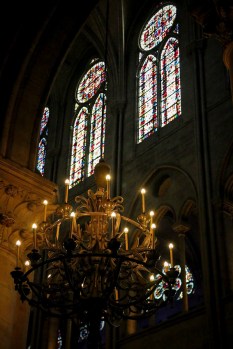 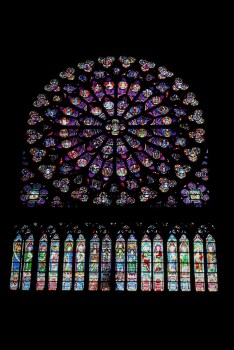 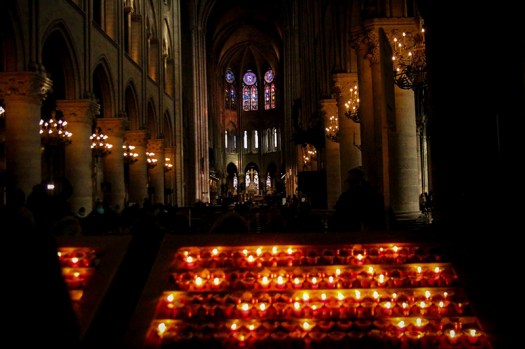 Pictured is the interior of Notre Dame cathedral in March when a group of Albert Lea High School students visited along with parent chaperons. - Photo courtesy Laura Mae Murtaugh

Albert Lea residents who have visited the Notre Dame cathedral in Paris said they were saddened this week as they watched the news of the fire at the world-renowned landmark.

Mike and Laura Mae Murtaugh were two of the 17 adults who accompanied a group of 31 Albert Lea High School students to Paris in March.

Mike Murtaugh said the group was in Paris for 2 1/2 days and visited Notre Dame the afternoon of their first day there on March 11.

He said the cathedral offered tours, but the group didn’t have the time needed for that, so they were able to go in on their own and view what they could.

“Being over 800 years old, it’s amazing how (much) history is in that building,” he said. “Thinking about the civilization that centered around it in the Middle Ages — to think that people were able to construct a building of that size and magnificence.”

Mike Murtaugh said they saw there was renovation work taking place and scaffolding was in place around a large part of the center of the church on the outside — where the fire centered on a little more than a month later.

Investigators so far believe the fire was accidental and are questioning both cathedral staff and workers who were carrying out renovations. Paris police investigators on Thursday stated an electrical short circuit most likely caused the fire.

“In talking to some of the other people, we’re sad to have the fire happen so soon after we had been there, but certainly very glad to have had the opportunity to see it as it was,” Mike Murtaugh said, noting he is grateful the building will someday be restored.

In addition to being with his wife, he was with his daughter Tierney and stepchildren Scott and Julissa.

“The Notre Dame was one of many beautiful places we got to see,” she said. “Very said it had a fire.”

He said his daughter and son-law and two grandchildren went to Europe to meet up with a foreign exchange student from Germany his daughter’s family had.

On the trip, they visited places such as London, Paris, Berlin and Amsterdam.

In Paris, they saw the Eiffel Tower and Notre Dame, among other places. He said they happened on Notre Dame by chance because his granddaughter was going to put a love lock on Paris’s Pont Des Arts, a bridge which crosses the Seine River. For that tradition, people would take padlocks with their first names written or engraved on them and attach them to the railing of the bridge, throwing the key into the river below.

The river runs alongside Notre Dame.

“It’s a sad situation that all of that got destroyed,” Panzer said.

As of Friday afternoon, over $1 billion had poured in from people around the world to restore Notre Dame.