An Albert Lea man is facing a charge of second-degree criminal sexual conduct after police said he had sex with a woman who was passed out last month. 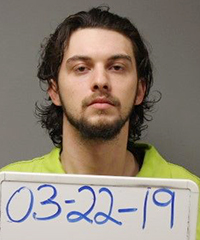 According to court documents, the incident took place March 15 at an Albert Lea house, where the woman, Handlee-Davis and a few others had been drinking alcohol.

Later in the evening, two people reportedly witnessed Handlee-Davis having sex with the woman, who had been passed out from drinking, and one of the witnesses reportedly threw cold water on them both.

Court documents state the woman woke up, looked around and became hysterical because she did not know what was going on. She was taken to the hospital.

Handlee-Davis is next expected to appear in court May 30.