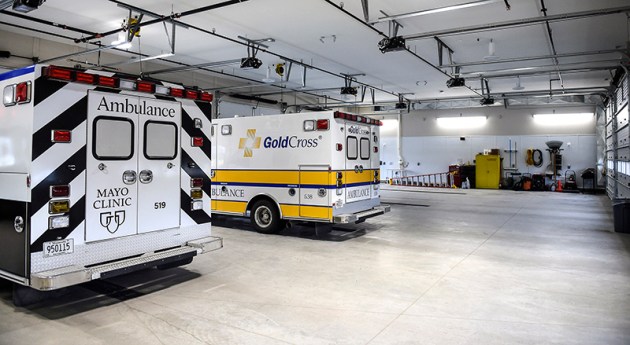 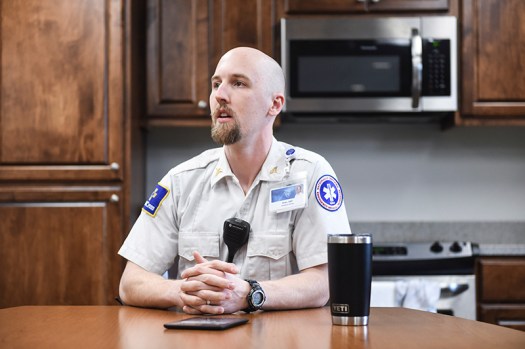 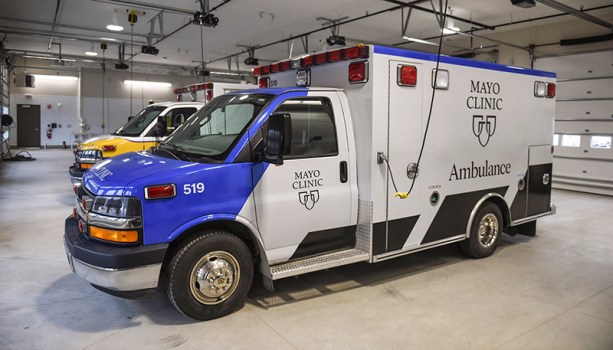 AUSTIN — After Mother Nature slowed construction, Mayo Clinic Ambulance crews have finally made themselves at home in their new center.

Formerly known as Gold Cross Ambulance, the $2.2 million ambulance center opened at 18th Avenue and Fifth Street NW in Austin with a 7,600 square-foot structure that includes multiple rooms now in use by 12 to 14 staff members between Albert Lea and Austin.

Originally set to open in January, inclement weather conditions pushed back the opening to March. Crews have completely moved in and the center has been operational since March 11.

The transition has gone smoothly for staff members, including EMT Brian Ploehn, who has worked at Mayo Clinic Ambulance since August 2017 and had memories of working at the former location at 1010 Oakland Ave. W., which was in a residential area and wasn’t conducive to emergency services. Prior to that, Mayo Clinic Ambulance was housed in different parts of Austin. The city previously owned Austin Ambulance Services before Gold Cross purchased it in 1996.

The move, Ploehn said, was positive.

“It’s a new, respectable and professional facility,” he said. “The old center has heritage, and I’m sure those on staff longer will remember that place fondly. There were a lot of good memories made in that house. This is a nice building for new staff to form good relationships. It definitely has made things easier.”

The new station has much more space with large ambulance bays that can hold up to four ambulances. There are new training and education spaces, and rooms where staff who commute to town can stay after 12-hour shifts or because of bad weather.

The new station was created for a lifespan of 45 to 50 years, and can be easily adapted to future innovations in emergency services and technology. With call volumes reaching an average of 4,500 annually, Mayo Clinic Ambulance crews now have more efficient spaces to help with its mission of providing care to patients around the area.

“It really was built for the future in mind,” said Kristopher Keltgen, operations manager/facilities project lead for Mayo Clinic Ambulance in Austin.

As for now, there’s a queue of other capital projects on Mayo Clinic’s list, but Glenn Lyden of Mayo Clinic Public Affairs shared that this new facility marked the bright future ahead.

“We’re here for the long term, and it is a nice investment into the community with a new facility that meets Mayo standards,” Lydon said. “It’s a win for everybody.”