Starting this fall, the Northwood-Kensett superintendent will be at the helm of two school districts rather than one. 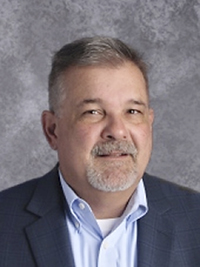 “The fact that both districts have outstanding staff, administration and business managers was a big factor in the decision,” Crozier said in a press release. “I’m looking forward to the challenge.”

The sharing agreement was made with the intent to save funds for student programming.

“In these times of lean supplemental state aid, schools today are doing everything they can to conserve funds,” said Northwood-Kensett school board president Larry Hovey in the press release. “We know that Mike will do an excellent job and keep students at the forefront of all his decisions. Having said that, we don’t want district patrons to see this as a step toward reorganization or consolidation. That’s not what this is about.”

The agreement notes that the two school districts remain “independent parties to a cooperative contractual relationship.”

“Looking at what was best for the district long-term, we had been discussing that, and so knowing that that was going to be a real possibility and you know if you’re going into it with two districts, I just negotiated an early retirement package so it made it easier for the district to move forward,” she said.

Gray has been the St. Ansgar superintendent for eight years. She will finish in June.

“I really enjoyed my time as a superintendent here,” Gray said. “I think we made great strides academically and also with regards to facilities.”

Iowa law incentivizes position-sharing by adding a per-pupil weighting for certain shared positions. School districts receive a certain amount of money per student from the state, Crozier said. By sharing a superintendent, the law says the school district can tack on an additional eight to its student number.

According to Crozier, Northwood-Kensett already shares some administrative roles, including directors of transportation and maintenance with St. Ansgar, a human resources director with St. Ansgar and Central Springs — each of these three positions is worth a five-student weight according to Iowa law  — and a curriculum director with Lake Mills, worth a three-student weight.

The maximum amount of additional weighting for which a school district is eligible through sharing is 21, the law states, which Northwood-Kensett will hit with the addition of the superintendent sharing agreement. The added student weighting for sharing a superintendent will take effect in 2020-21, Crozier said.

“The board has a lot of confidence in Mike’s ability and we know that he will maintain the excellent programming we have at St. Ansgar,” said St. Ansgar school board president Steve Groth in the press release. “We look forward to partnering with Northwood-Kensett to make this a positive experience for everyone and, most importantly, save funds that can be spent on students.”