One dominating way to start the season 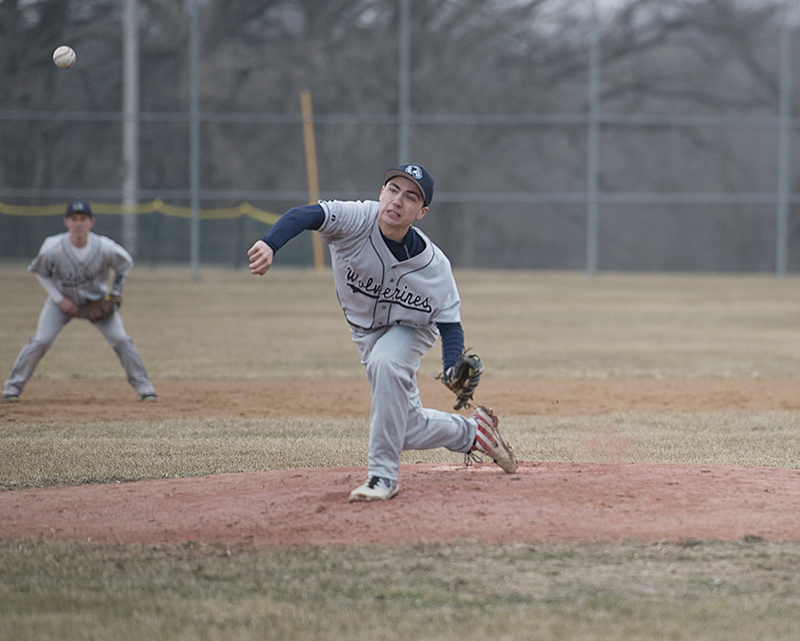 Glenville-Emmons/Alden-Conger sophomore Tyler Lair throws in a pitch Friday afternoon against Mabel-Canton. Lair pitches all five innings in the Wolverine's 10-0 win over the Cougars, striking out six and walking two in the effort. - Tyler Julson/Albert Lea Tribune

GLENVILLE — After two postponed games earlier in the week, the Glenville-Emmons/Alden-Conger baseball team finally got its season off to a start Friday night as it hosted Mabel-Canton.

The Wolverines used a stellar pitching performance and big production at the plate to down the Cougars 10-0 in five innings.

Sophomore Tyler Lair made the start on the mound for the Wolverines, making quick work of the first inning, retiring three straight batters — two by strikeout.

Glenville-Emmons/Alden-Conger dominated at the plate in the first inning. Senior Adam Skov led things off with a big double and was batted in by sophomore Josiah Hedensten the next at bat. Junior Dawson Dahlum continued the hit parade with a single of his own, followed by an RBI single from Lair. After a throwing error added another run to the total, junior Dylan Gerber hit a double to bring in yet another run. Sophomores Reece Nelson and Ethan Greenfield also had singles in the first and another two errors by Mabel-Canton added two more runs before the inning ended 6-0 with Glenville-Emmons/Alden-Conger on top.

After two walks and a bit of trouble to start the second inning, the Wolverines turned a double play and Gerber made a nice snag at first to end the inning with the Cougars still scoreless. 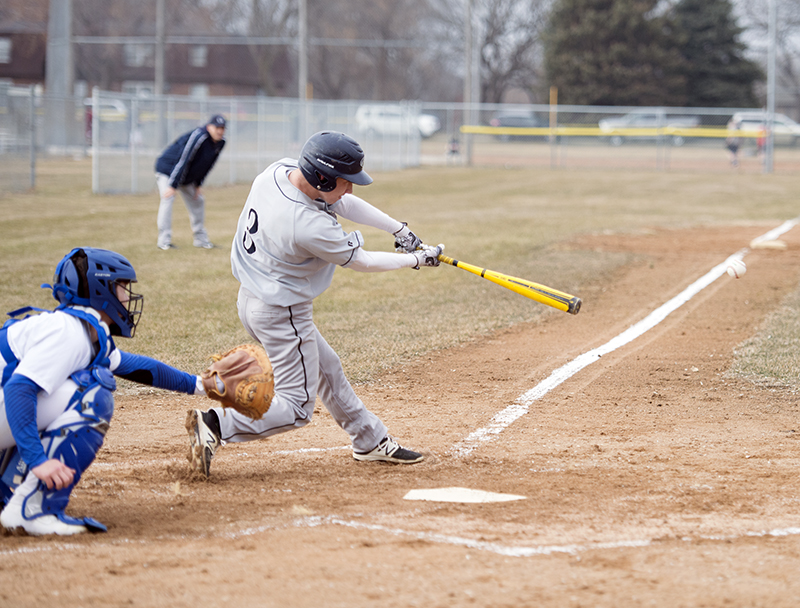 Glenville-Emmons/Alden-Conger junior Dawson Dahlum sees the ball off his bat Friday in the win over Mabel-Canton. Dahlum went 2-3 in the game with a triple and an RBI. – Tyler Julson/Albert Lea Tribune

The Wolverines kept their hot streak at the plate going into the second inning — Hedensten leading off with a single, followed by Dahlum finding a gap in the outfield for an RBI triple. Dhalum crossed the plate during the next at bat when Lair hit a sacrifice fly to bring him in. Nelson came up big with a single and two stolen bases, which allowed Greenfield to hit him in with a single. A popout ended the inning with a score of 9-0 in favor of the Wolverines.

More solid work defensively in the third kept the Wolverines in a good position. A groundout, popout and strikeout ended the half inning with only one runner reaching base on an error.

Glenville-Emmons/Alden-Conger cooled off in the bottom of the inning with just Hedensten reaching base on a leadoff single.

Another three-and-out inning in the fourth put the Wolverines one run shy of being able to end the game early. Sophomore Carter Newman stepped up to the challenge and crushed a deep one-out home run over the left field fence to make it a 10-0 game.

Only allowing one runner on base in the fifth inning, the Wolverines ended the game early with two strikeouts and a ground out.

Lair pitched five innings for the Wolverines, striking out six batters while walking just two. Hedensten was 3-3 with an RBI, Dahlum was 2-3 with an RBI, Greenfield was 2-2 with an RBI and Lair was 1-3 with two RBIs.

The Wolverines start the season 1-0 and will play again Monday when they host the Lions of Spring Grove. 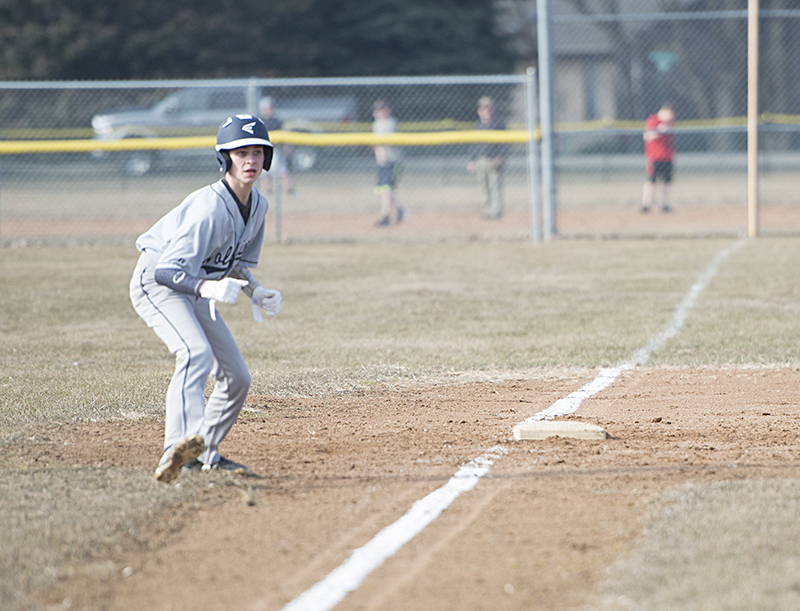 Glenville-Emmons/Alden-Conger sophomore Reece Nelson gets a good lead at third base Friday against Mabel-Canton. The Wolverines start the season 1-0 after the 10-0 win. – Tyler Julson/Albert Lea Tribune